“There are no humans on Mars,” a NASA spokesperson confirmed yesterday, likely to no avail.

The problem, of course, is that the people who needed to be told this won’t believe it because it’s coming from an official NASA spokesperson and those folks already expect official denials of their claims. Official denials are part of their conspiracy theory involving a secret Martian colony so, for them, hearing a NASA official deny the colony’s existence is received as confirmation of the conspiracy.

This conspiracy, by the way, involves the abduction of children who are then shipped to Mars where they will serve as sex slaves for depraved plutocrats until they (the children) are slaughtered and their blood and body parts can be harvested and consumed by the plutocrats. 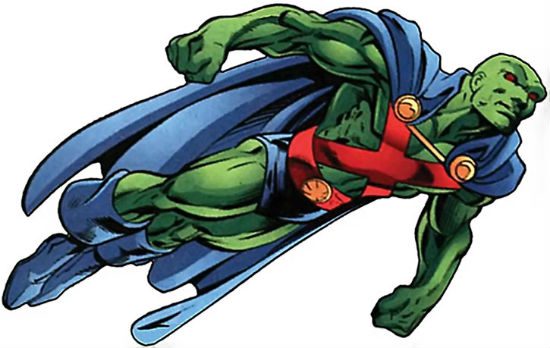 Ben Collins reports on this new, extraterrestrial twist on the archetypal immoral panic, “NASA Denies That It’s Running a Child Slave Colony on Mars.” Collins first heard about this conspiracy theory on Alex Jones’ “Infowars” radio show — a program admired and recommended by President Donald Trump. And so, as a good reporter, he called that poor NASA spokesperson for their response.

Being part of NASA’s Mars exploration team is a great gig, but Webster may have the worst job on that team. He sounds like a man who gets a lot of phone calls like this one and has to respond regularly to whatever the latest nonsense somebody’s crazy uncle is posting on Facebook. “Oh for goodness sake, what is it now?” he must think, every time his phone rings.

We can appreciate his exasperation. It must be exhausting, having to field so many inquiries about outlandish and impossible theories about what’s “really” going on up there on Mars. When Collins asked him about this one rumor being spread on talk radio and the Internet, Webster replied, “There’s only one stupid rumor on the Internet? Now that’s news.”

It’s appropriate to see the humor in this — particularly given the extreme incoherence and implausibility of this dead-earnest nonsense. After all, the same people who claim to believe that NASA has been smuggling abducted children to a secret Martian colony for 20 years also claim that NASA faked the Moon landing. And they also believe “Pizzagate” — which posits that these same Satanic baby-killers are operating child-abduction-sex-slave-blood-harvesting rings in secret tunnels beneath their neighborhood pizza parlors. Why go through all the risk and expense of building a secret colony on Mars if you’ve already got all the pedophilia-and-human-sacrifice you need just down the block?

But while this latest Martian twist is ridiculous and hilariously bonkers, there’s nothing funny about the way the underlying mythology here is actually shaping life in America. Our politics and our religion are shaped by precisely the same laughable silliness that we’re hearing from Alex Jones and his purportedly “CIA insider” guest.

Most of the 80 percent of white evangelicals who support Donald Trump would join us in laughing at this Martian conspiracy theory. They know that there’s no secret colony on Mars harvesting the bodies of children — because that’s what they think Planned Parenthood is already doing. They believe — with as much sincerity as they’re able to trick themselves into faking — that Planned Parenthood “sells baby parts.”

Yes, they’ve surely seen how those edited “sting videos” have been thoroughly debunked but, again, official denials were already factored in as part of the conspiracy theory, so they can receive that debunking as a kind of perverse confirmation. Medical professionals, courts, women and The Media are all in on it.

They believe in Satanic baby-killers. And given the nature of this superlative evil, they believe opposition to Satanic baby-killers must be our top priority at all times, eclipsing every other concern. And everything must be reshaped to conform to this priority — our politics, our religion, our piety, our charity, our education, our parenting — all must be repurposed toward this one priority. Only then will we achieve the one thing that can, at last, bring an end to the secret reign of terror of these Satanic baby-killers: a return to Lochner Era jurisprudence.