• It’s a Good Thing to take a moment on this Independence Day to re-read Frederick Douglass’ 1852 sermon, “What to the Slave Is the Fourth of July?” which remains one of the truest things ever written in or about America.

Douglass’ fierce speech is a work of theology. Perhaps the most important work of public theology in American history.

One might argue against that. After all, if something is to be called “the most important work of public theology,” then it ought to be influential. It ought to shape all of the public theology being taught and read and studied after it. And none of that is true of Douglass’ theology.

But that, I think, only confirms the truth and the all-consuming importance of everything he says here. It seems to me that the longer his theological argument is disregarded, the more important it becomes.

• Today is also the 90th birthday of Neil Simon. I’ve only ever been in one of his plays — Rumors, which was terrific fun. But my favorite scene from Simon is from one of his (somewhat) more serious, autobiographical plays. It’s from the ending of Brighton Beach Memoirs. And it seems particularly appropriate for this MAGA moment in our history.

It’s a happy ending — in more than one sense, for young Eugene/Neil — which didn’t seem likely or possible in the context of everything that’s come up to that point.

The family is poor, struggling to live together crammed into a far-too-small house, and unsure of how they’ll pay the bills or even buy food as Eugene’s father struggles to regain his health. That’s Point A and it doesn’t seem like there’s any way for them to get from there to the Point B of a happy ending, which would seem to require nothing short of a Dickensian miracle involving some long-lost wealthy relative sweeping in to rescue them from their seemingly insurmountable poverty.

But instead, a letter arrives bearing news that’s the exact opposite of a long-lost wealthy relative coming to solve all their financial woes:

JACK: It’s a letter from London. My cousin Sholem got out. They got out of Poland. They’re free, Kate. … His wife, his mother, all four children. They’re sailing for New York tomorrow. They’ll be here in a week.

LAURIE: Do they speak English?

JACK: I don’t think so. A few words, maybe. They had to sell everything. They took only what they could carry.

STANLEY: Where will they stay?

JACK: Well, I’ll have to discuss it with the family. Some with Uncle Leon, Uncle Paul …

KATE: With us. We can put some beds in the dining room. It’s easier to eat in the kitchen anyway.

BLANCHE: The little ones can stay with Laurie. Nora can sleep with me — can’t you dear?

So the family is overcrowded, financially insecure, unsure of how they’ll even manage to feed themselves tomorrow. And the news — the good news — is that they will soon be even more crowded, with six more mouths to feed next week as their desperate cousins arrive with only the clothes on their backs. And this is a happy ending — a moment of unexpected joy. 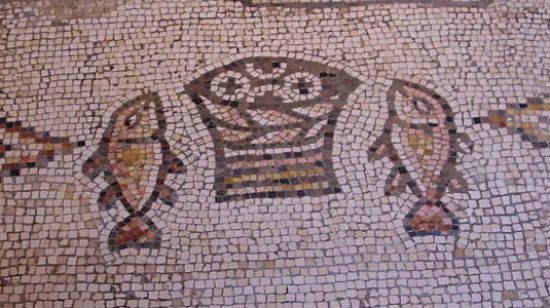 This is pleroma, the fullness of God. “Those that gathered little had no lack.” It is the multiplication of loaves and fishes. And it is all that’s important.

• The title of this post comes from a terrific Dave Alvin song. (I love the version by X, too.) And as a good Jersey boy, I’m obliged to give a nod to Sandy and Asbury Park’s dusty arcades. But I’m going to wrap up here instead with another favorite for this holiday, which has become part of my stock short-answer to a Frequently Asked Question about eschatology, apocalypses, and the book of Revelation:

“Broken Wing” ends with escape — with the kind of “I’ll Fly Away” Rapture that many American Christians seek and expect to find in John’s Apocalypse. But Revelation, like most apocalyptic literature, doesn’t work like that. It works more like “Independence Day,” imagining the end of oppression by burning the whole thing down.

The imagery of “Independence Day” is a mess. “Roll the stone away, let the guilty pay,” McBride sings, mingling liberating vindication with the warning that the Day of the Lord will bring darkness, not light, to those on the side of injustice. Such messy imagery is also a hallmark of apocalyptic literature. Whether or not it makes sense to you depends, in part, on which side of that stone you find yourself. (See again Douglass, above.)

July 5, 2017 Between revolutions: 'Take care'
Recent Comments
0 | Leave a Comment
"If you look back to antiquity, you've got some greek sources which kinda sorta imply ..."
Ross I don’t know why it gets ..."
"8chan is not exactly a "monastery"."
Ross I don’t know why it gets ..."
"In other words, 'Truthiness."That word may, in fact, be Stephen Colbert's greatest gift to the ..."
Shadsie 9/28 Flashback: Politically correct
"Still more also: "The AP Program Is Broken. You Can Tell, Because Ron DeSantis Loves ..."
Turcano 9/28 Flashback: Politically correct
Browse Our Archives
Related posts from slacktivist