Rayford Steele is a massively deluded creature. We’ve just seen this painfully illustrated, yet again, in his long prophecy sales pitch to Hattie Durham. Throughout that conversation Rayford comes across as a controlling, self-centered, inarticulate jerk wholly devoid of empathy. Yet in every other paragraph of that section we’re also told that he perceives himself as a paragon of “passion and persuasion,” and that this is how he thinks others perceive him as well.

This portrayal of Rayford’s utter lack of self-awareness does not seem to be deliberate. It appears to be a simple case of authors who are incapable of self-criticism and therefore incapable of presenting self-critical or self-aware characters. Yet Rayford’s misreading of his own thoughts and actions is so flagrantly over-the-top that it seems impossible it’s wholly unintentional. Consider the opening sentence of the next Rayford-POV passage:

Rayford thought his daughter looked stunning that evening, and he wondered what the magazine writer thought of her. Clearly this Williams guy was too old for her. Rayford had spent his free hours before dinner napping and then praying that he would have the same courage and clarity he’d had with Hattie. …

Rayford silently judges Buck as “too old” and in the very next sentence we are reminded that he is, himself, old enough to have spent the afternoon napping. All this occurs while he sits across the table from Hattie, his recently jilted non-lover who is 15 or 20 years his junior. Rayford is oblivious to the irony here, but is it really possible that the authors are as well?

It may be helpful here to remember that Left Behind’s dual protagonists also serve as wish-fulfillment surrogates for the book’s dual authors. Manly, attractive airline pilot Rayford Steele is Tim LaHaye’s Mary Sue stand-in, and jet-setting, award-winning journalist Buck Williams embodies the fantasy of Jerry Jenkins. I’m not privy to any inside information about LaHaye and Jenkins’ relationship, but their “co-writing” arrangement does not involve an equal workload. LaHaye provides a broad outline and the marquee name that propels sales, but Jenkins is the one who actually has to apply the seat of his pants to the seat of his chair until he has applied all of the words to the page. So Jenkins supplies 90 percent of the heavy lifting for a 50-percent share of the profits. One can’t help but wonder if such an arrangement doesn’t produce a bit of resentment on Jenkins’ part, and if that resentment might not manifest itself, occasionally, in his portrayal of Rayford/LaHaye as a preening, self-absorbed, clueless ass.

That might account for scenes like this but it wouldn’t explain why Jenkins’ own surrogate, Buck Williams, is often portrayed in a similar fashion. So as amusing as it is to speculate that Rayford’s delusional self image is Jenkins’ subtle, intentional dig at his pompous co-author, I don’t think it’s the case. The simpler explanation seems more likely: Very Bad Writing. 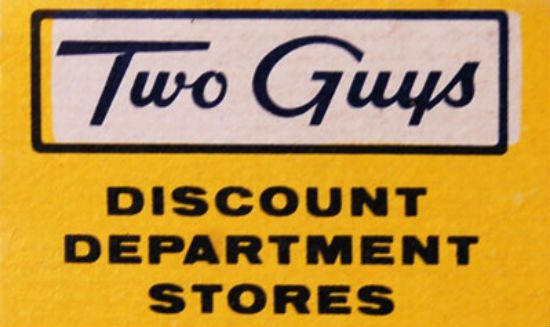 We’re told that Rayford is eager to repeat his sales pitch — “his new mission in life” — for Buck and Chloe, but what we see instead is a man basking in the opportunity to play Big Shot at an upscale restaurant. As always, he carefully restrains himself from any display of warmth or affection toward Hattie:

Rayford … had said nothing about Hattie’s new look for the evening, but that was by design. She was striking and always had been, but he was not going down that path again.

He’s never been “down that path” before, and the only conceivable reason Hattie showed up, dressed to the nines, is that she wants to underscore that her, um, path is someplace he’ll only get to go down in his dreams. That’s lost on Rayford, who’s only ever interested in playing his little games “by design.”

One wonders what passes for light dinner conversation eight days after the onset of the apocalypse. The weather is out, since Rosenzweig’s “electromagnetism” theory about the disappearances would have everyone on edge about the prospect of a lightning storm anywhere in the world. Sports wouldn’t seem like a safe topic either (“Ewing’s game hasn’t been the same since his kids disappeared …”). And asking anyone about their family would be a Pandora’s box likely to end in uncontrollable sobbing.

The authors don’t provide any of this conversation, of course, sticking with their rule that dialogue should rarely be used to develop character or advance the plot. But while Buck, Hattie and Chloe don’t have any lines in this scene, the waiter has two:

After dinner, Rayford spoke to the waiter privately. “We’d like to spend another hour or so here, if it’s all right.””Sir, we do have an extensive reservation list –”

“I wouldn’t want this table to be less than profitable for you,” Rayford said, pressing a large bill into the waiter’s palm, “so boot us out whenever it becomes necessary.”

The waiter peeked at the bill and slipped it into his pocket. “I’m sure you will not be disturbed,” he said. And the water glasses were always full.

It’s all about the Hamiltons baby. I take it we’re supposed to be impressed with the smoothness of Rayford’s rico suave routine here, but all I could think was that he’s an evangelical and — ask anybody in the restaurant biz — evangelicals are notoriously lousy tippers. Plus they’re teetotallers (“water glasses” indeed), so they’re leaving a precise 10 percent on an already smaller bill.

An aside for my evangelical brothers and sisters: “The scripture saith, thou shalt not muzzle the ox that treadeth out the corn. And, The laborer is worthy of his reward” (I Timothy 5:18). So tip 20 percent. At least. Divide by five and round up. If you also plan to: A) say grace aloud before the meal; B) ask your server if he/she is “saved;” and/or C) leave a gospel tract on the table when you leave, then make that 40 percent.

Buck tried to concentrate on the captain’s answers but felt himself trying to impress Chloe, too. Everyone in the business knew he was one of the best in the world at interviewing. That and his ability to quickly sift through the stuff and make a readable, engaging article of it had made him who he was. Buck had breezed through the preliminaries, and he liked this guy. Steele seemed honest and sincere, smart and articulate. He realized he had seen a lot of Rayford in Chloe.

Consider that paragraph alongside this one:

Whether you’€™re interested in poetry or prose, fiction or nonfiction, you’€™ll hone your skills and polish your craft, working alongside one of the Guild’s Master Craftsman.

That’s from the site touting Jenkins’ “Christian Writers Guild Writing Course.” For only $1,365 you, too, can learn to flesh out your characters by piling on the superlatives and adjectives. How will your readers know that your hero is “honest and sincere, smart and articulate” unless you tell them?

With all of the “preliminaries” out of the way, Buck is set to ask about Rayford’s theory of The Event. The build-up here seems more like he’s about to propose marriage:

“I’m ready,” he said, “to ask your idea of what happened on that fateful flight to London. Do you have a theory?” The captain hesitated and smiled as if gathering himself. “I have more than a theory,” he said. “You may think this sounds crazy coming from a technically minded person like me, but I believe I have found the truth and know exactly what happened.” …

“Here’s your chance to tell the world.”

This is Rayford’s big moment — his chance to lay out the whole End Times Prophecy Gospel in all its glory not just for Buck and “the world,” but for his daughter and for Hattie (again, since it didn’t seem to take the first time). But just then …

Chloe chose that moment to gently touch Buck’s arm and ask if he minded if she excused herself for a moment.”I’ll join you,” Hattie said.

This occurs without explanation. They’re gone for about half an hour, we’re told, which seems a bit long for powdering one’s nose. Did they sneak away for a cigarette at the bar? Did they skim ahead in the script and, realizing that neither of them has any lines in this scene, head off to the green room? Or did they just decide that they couldn’t bear sitting through several more pages of unsupported assertions about how talented, sincere and likable Buck and Rayford are? We’re never told.

The women’s departure was not “by design,” leaving Rayford “privately frustrated, almost to the point of anger.” Buck asks him why they left and he says, “I assure you that is not the case” — a non-sequitur that suggests his prayers for clarity are not being answered:

He couldn’t slow down and wait for their return. The question had been asked, he felt ready, and so he stepped off the edge of a social cliff, saying things he knew could get him categorized as a kook. As he had done with Hattie, he outlined his own spotty spiritual history and brought Williams up to the present in a little over half an hour, covering every detail he felt was relevant. At some point the women returned.

One question from Buck produces a 40-minute uninterrupted monologue from Rayford. Yep, without a doubt, he’s “one of the best in the world at interviewing.”

I had expected Left Behind would, like most “Christian novels,” (“Christian” there being a marketing term) include long, preachy, didactic sections — whole chapters of sermonizing. I suppose I’m grateful to have been spared that, but it turns out there’s something even worse. Here in Left Behind we’re constantly being told about such sermons, and about how passionate, persuasive, honest and sincere they are, but we never learn what was actually said.

Here’s how LaHaye & Jenkins’ account of Jesus’ Sermon on the Mount would have read:

Now when he saw the crowds, he went up on a mountainside and sat down. His disciples came to him, and he began to teach them. When Jesus had finished, the crowds were amazed at his teaching, because he taught as one who had authority.

Come to think of it, that’s also how they seem to read this passage themselves.

July 23, 2017 Theology, history, and context
Recent Comments
0 | Leave a Comment
Browse Our Archives
get the latest from
slacktivist
Sign up for our newsletter
POPULAR AT PATHEOS Progressive Christian
1