I want to share another chunk of Drew G.I. Hart’s excellent little book, Trouble I’ve Seen: Changing the Way the Church Views Racism. This bit isn’t exclusively about the church and racial justice. Nor am I sharing this excerpt in response to any particular recent event in the news. But indirectly, this does have a great deal to do with both racial justice in the church and recent events in the news.

It’s also maybe the most Anabaptist-y part of Hart’s book:

If most American Christians were told to think of a pyramid of power and to place Caesar and God on it, they would almost certainly elevate Caesar above most people. Caesar had a lot of power. We think of him as shaping history and running things. Most Christians would also insist that God is at the top of the pyramid of power — in fact, so far at the top that it would make Caesar’s power look insignificant and ridiculous.

Yet have we really grasped the meaning of God’s power if we simply think that divine power is just a super-sized, Caesar-like power? Isn’t that merely the taken-for-granted logic of a society that refuses to meaningfully understand the revelation of the crucified Christ?

… The problem with thinking about God’s power as imperial power on steroids is that it doesn’t consider God’s power expressed in the crucified Christ. … The truth is that God’s power is not like Caesar’s power! It is a different kind of power. God’s way of doing things looks nothing like Caesar’s. Divine power isn’t beating earthly rulers and authorities at their own tyrannical game; rather, God undermines and subverts their power in a way that to us looks very much like earthly weakness.

What kind of God is this? That God has been revealed as a crucified liberator from Galilee should dismantle our earthly conceptions of divine wisdom and power. The American god of dominant culture seems foolish and weak once we realize that God has chosen to especially restore, liberate, reconcile, and transform our world from below. This God dwells among the socially vulnerable and marginalized, who have always been discounted by the dominating and controlling group in society.

This is theologically rich stuff, if you’re into that. And, yes, part of why I’m quoting this here is just to say a big “Amen!” to Hart’s theological reflection.

But my main point here is not to affirm this theology or to attempt to persuade you that it is true (although it is!). My main point here is a bit more immediate and practical. It’s also completely secular. It has to do with your neighbors and your fellow citizens, and what they believe, and thus why they do the things they do.

Because millions of American Christians imagine that God’s power is, as Hart says, just “imperial power on steroids,” and they think of the Jesus they follow as a kind of “super-sized Caesar.” 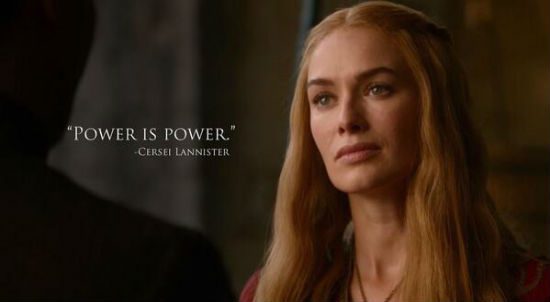 We’ve discussed this quite a bit in our journeys through the Left Behind series, with its portrayal of a warlike, imperial, vengeful Turbo Jesus. In Tim LaHaye’s theology, God is not revealed in the lowly birth, life, and crucifixion of Jesus. That whole thing was a kind of mistake. That’s why the Second Coming is so important for LaHaye — it’s how God will correct the failure of Jesus’ first coming. And how will that happen? Jesus will come back just exactly like Caesar, but bigger and stronger and meaner and deadlier. He’ll kill all the bad people and then judge them from a big imperial throne. And then he’ll kill all the bad people again, perpetually, forever. (The Turbo Jesus of Left Behind is, as we’ve often noted, a monster.)

Those books had millions of readers and devotees, but millions of other American Christians who’ve never read them still have an idea of Jesus and of divine power that looks a lot more like LaHaye’s Turbo Jesus than like Hart’s “crucified liberator from Galilee.”

August 22, 2017
A good statement from the Wheaton faculty lounge
Next Post

August 24, 2017 Take me, then lose me, then tell me I'm yours
Recent Comments
0 | Leave a Comment
"Lectionary Post: https://lectionaryoutloud.w... This is a little half baked, but this anecdote continues next week. ..."
Rivikah Smart people saying smart things (1.22.22)
"Regarding Autism, I always liked this quote from Steve Silberman, who wrote the book “NeuroTribes,” ..."
Jenny Mingus Smart people saying smart things (1.22.22)
"https://static.boredpanda.c...Transcript: First picture is of a smile woman and child and the text "She had ..."
Skybison Smart people saying smart things (1.22.22)
"I didn't think that she was a bad character at all. In fact, I'd kinda ..."
reynard61 Jan. 21 Flashback: Pushing down on ..."
Browse Our Archives
get the latest updates from
slacktivist
and the Patheos
Progressive Christian
Channel
POPULAR AT PATHEOS Progressive Christian
1