The Ugly Ingratitude of the ‘Nashville Statement’

The Ugly Ingratitude of the ‘Nashville Statement’ August 31, 2017 Fred Clark

My go-to, chapter-and-verse response to odious piffle like the “Nashville Statement” is Galatians 5:12, “I would they were even cut off which trouble you.”

That’s from the King James, which follows Wycliffe in both sanitizing Paul’s blunt crudeness and in introducing a bit of apt wordplay. “I would that they that distrouble you, be also cut off,” the Wycliffe translation has it. That wordplay retains a measure of Paul’s righteous anger and accurately conveys his call for harsh, permanent consequences to punish “they … which trouble you.”

But it also short-circuits Paul’s original joke in a way that masks what the apostle was actually saying. The New Revised Standard Version translates the verse in a way that lets Paul be Paul: “I wish those who unsettle you would castrate themselves!”

(This is one of the rare cases in which I think the translators’ choice to introduce an exclamation point is justified.)

I’ll freely confess that I like this verse as a response to things like the Nashville Statement because of its tone and its colorful imagery. It’s angry and intemperate and hits back hard at those cruelly inflicting suffering on others. And, yes, I enjoy getting to say, “Go cut your own dicks off” while retaining the pious sheen of quoting scripture. (Gatekeepers and culture-warriors want to hurt people while playing chapter-and-verse? Fine. I can play chapter-and-verse too.)

But that’s not the main reason that citing this passage is a necessary response to the ugly ideology of the Nashville Statement. The main reason is because it is a devastating, scorched-earth rebuttal of precisely the theological mistake the signatories of that statement are making. They are exactly the people Paul was talking about. And they are doing exactly the same thing that made him so angry all those years ago.

Let’s get a running start and read Galatians 5:12 in a bit more context:

For freedom Christ has set us free. Stand firm, therefore, and do not submit again to a yoke of slavery.

Listen! I, Paul, am telling you that if you let yourselves be circumcised, Christ will be of no benefit to you. Once again I testify to every man who lets himself be circumcised that he is obliged to obey the entire law. You who want to be justified by the law have cut yourselves off from Christ; you have fallen away from grace. For through the Spirit, by faith, we eagerly wait for the hope of righteousness. For in Christ Jesus neither circumcision nor uncircumcision counts for anything; the only thing that counts is faith working through love.

You were running well; who prevented you from obeying the truth? Such persuasion does not come from the one who calls you. … I am confident about you in the Lord that you will not think otherwise. But whoever it is that is confusing you will pay the penalty. … I wish those who unsettle you would castrate themselves!

The specific flashpoint in this dispute is circumcision. Some of the believers there in Galatians were insisting that no one could join this community of believers, or follow Jesus, unless they became circumcised, just as the Bible commands. Paul seizes on this theme and plays with it, playfully. If you think circumcising yourself will make you more righteous, he says, “You who want to be justified by the law have cut yourselves off from Christ.” Pun intended. 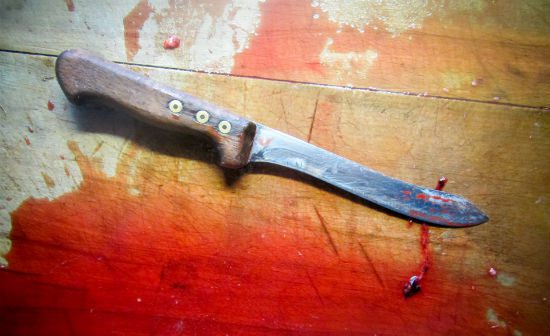 But he’s just working himself up to the coup de grace. Here, I think, Eugene Peterson (ahem) does a terrific job conveying the full sense of Paul’s wicked joke in his The Message translation: “Why don’t these agitators, obsessive as they are about circumcision, go all the way and castrate themselves!” Hey, if you think snipping off a bit of foreskin is what makes you righteous, why don’t you go makes yourselves totally righteous and cut the whole thing off?

It really is a great line.

And it really is an amazing bit of theology. It’s Good News.

Here’s the thing though: Paul’s opponents here were not wrong about what the Bible says. They insisted that “the Bible is clear” in its teaching about circumcision, and it is. (Just ask Zipporah.) This was something that was never, ever optional. Everybody knew this. Everybody had always known this.

Paul didn’t have a scriptural leg to stand on. He was going against the clear, emphatic, unambiguous words of holy scripture itself. And against thousands of years of unbroken, unchallenged religious tradition.

So Paul’s opponents were certain that they were right and he was wrong. The Bible said so. They could cite chapter-and-verse to prove it. (Well, actually the whole chapter and verse divisions came much, much later. But still.)

These folks were trying their best to follow the Bible. They weren’t necessarily opposed to Paul’s contention that their community should be radically inclusive — “no longer Jew or Greek, no longer slave or free, no longer male and female,” he writes earlier in Galatians. They were just trying to follow the rules as clearly laid out right there in the Bible.

And the rules said that God’s children must be circumcised. The Bible says this. If some lapsed, Greek-speaking Jew who had never bothered to obey the command to get circumcised wanted to join the church, well, that was fine. But they’d have to get circumcised first. Heck, these folks were even willing to accept unclean Gentiles into the church. All they were asking was that those Gentiles follow the same rules as everybody else — the same rules they’d all always followed for as long as anyone could remember.

But Paul wasn’t having it. He insisted it was wrong to “trouble” and “unsettle” these uncircumcised believers by telling them that they would have to first become something else in order to follow Jesus. He argued it was wrong — evil, a sin — to invoke those biblical commandments about clean and unclean, circumcised and uncircumcised. In his view, that all changed at Pentecost and anyone who sought to quench the Spirit by denying that was welcome to go castrate themselves as the ultimate demonstration of their obedience to the law they think makes them righteous.

Paul’s anger here, I think, was due to the way these circumcision advocates were wielding power over others there in Galatia. They were in control and they were trying to maintain that control by excluding others. That seems to have ticked Paul off. His anger at that — his righteousness in being angry at that — is now canon for us Christians. His angry dick joke is now, itself, holy scripture.

The Nashville Statement is an expression of the very same control-seeking, power-hungry ideology that was the focus of Paul’s cutting remark. It appeals to the same arguments of Bible and tradition that the circumcision proponents employed in Galatia, and it does so for the same purpose — to exclude those they view as unclean, or to make their acceptance in the community conditional on viewing themselves as unclean.

The promoters of that statement would argue that this is different — that the handful of Bible passages condemning homosexuality somehow carry a weight and importance that the bushels of Bible passages requiring circumcision did not. The idea that uncircumcised believers could be welcomed — or, in this case, LGBT believers — is something they find inconceivable and exasperating. Butbutbut the Bible! they cry. And — oddly, for a bunch of otherwise iconoclastic Protestants — tradition! “This is simply what Christians have always taught for 2,000 years!”

They are, like Peter on the rooftop, “greatly puzzled” by the suggestion that “What God has made clean, you must not call profane” and that “I should not call anyone profane or unclean.”

Their puzzlement is an example of what theologian Willie James Jennings sometimes calls “Gentile forgetfulness.” I think that’s probably too generous a term. Forgetfulness seems too innocent. “Gentile ingratitude” might be more accurate. Think of Jesus’ parable of the unmerciful servant. When the servant is graciously forgiven his own massive, unpayable debt and then turns around to imprison a man who owes him a mere pittance, the unmerciful servant isn’t just being “forgetful.” He’s demonstrating a monstrous ingratitude.

We Christians are, overwhelmingly, Gentiles. Our status is entirely dependent on that argument Paul is having there in the passage from Galatians above. Our position is entirely contingent on Paul’s side of that argument winning.

And yet, time and time again, we take the opposite side of that argument. Once we got in, we turned around and began using all of our powers to keep others out. Even when that means taking a side in the argument that, if it were correct, would mean that we ourselves would be utterly without hope. “The measure you give will be the measure you get.”

That is what Jennings describes as Gentile forgetfulness, and what I would call simply sheer ingratitude. And the Nashville Statement reeks of it.

How should we respond to such stark ingratitude? “I would they were even cut off which trouble you.”