An alternative interpretation of these pages … 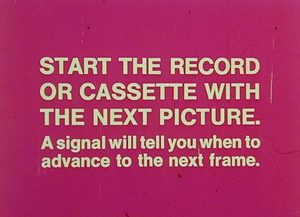 How to Handle a Stalker

You meet someone at a dinner party in a city far from home. He seems pleasant, normal enough. You depart on friendly terms, telling him to give you a call if he’s ever in your part of the country.

The next morning you learn that he has booked a flight to your city. More than that, he has booked a seat on the very same flight you are taking home and, telling the airline that he is your traveling companion, has arranged for the seat next to yours. What should you do? How should you handle this aggressive, frightening development and this man’s increasingly disturbing advances?

In this educational filmstrip, we’ll watch as our young subject — let’s call her “Chloe” — attempts a variety of strategies for coping with her stalker. We’ll call him “Buck.”

1. Ignore him and hope he takes the hint.

Do not make eye contact and do not initiate conversation. Use body language to reassert the personal boundaries your stalker is attempting to disregard.

Buck waited until everyone else had boarded. As he approached his seat next to Chloe, her body was turned toward the window, arms crossed, chin in her hand. Whether she even had her eyes open, Buck couldn’t tell. He assumed she would turn to glance as he sat next to her, and he couldn’t suppress a smile, anticipating her reaction and only slightly worried that she would be less positive than he hoped.

He sat and waited, but she did not turn.

2. Wait for him to fall asleep, then move to another seat.

Despite her defensive body language and her refusal to acknowledge his presence, Chloe’s unwelcome seatmate is not backing down. She could tell from his manic, disheveled appearance that he had barely slept since she saw him last, so she tries to wait him out.

And now he had a problem. As he warily watched for the change in position that would allow Chloe to see him in her peripheral vision, he was suddenly awash in fatigue. His muscles and joints ached, his eyes burned. His head felt like lead. No way was he going to fall asleep and have her discover him dozing next to her.

Buck gestured to get the attendant’s attention. “Coke, please,” he whispered. The temporary caffeine rush would allow him to stay awake a little longer.

When Chloe didn’t move even to watch the safety instructions, Buck grew impatient. Still, he didn’t want to reveal himself. He wanted to be discovered. And so he waited.

Her stalker has continued staring at her, unrelenting, all through takeoff and the first 10 minutes of the flight, pausing only to bully the flight attendant into getting him a soda before she’d even given the safety instructions. Chloe is beginning to get scared. Ignoring him isn’t working, so she tries a different tactic, aggressively initiating conversation herself and doing her best to establish control over the situation.

Chloe is aware that stalkers can be unpredictable. Buck clearly has a fantasy of how this scene will play out and might respond violently should her reaction vary from the script in his head. You can never be too careful, even in the public setting of a crowded airplane, so she does her best to play along and humor him.

She must have grown weary of her position, because she stretched and used her feet to push her carry-on bag under the seat in front of her. She took a last sip of her juice and set it on the small tray between them. She stared at Buck’s glove-leather boots, the ones he had worn the day before. Chloe’s eyes traveled up to his smiling, expectant face.

Her reaction was more than worth the wait. She folded her hands and drew them to her mouth. “Oh, Buck,” she whispered. “Oh, Buck.”

4. Keep him talking, but stick to neutral topics.

As an experienced air traveler, Chloe is well aware of the most-effective, time-tested technique for avoiding unwanted small talk during a flight: just use the magical phrase, “Do you know Jesus as your personal savior?” She employs a similar tactic here, posing as a religious obsessive to keep her stalker off-balance.

Chloe quickly let go of his hand as if catching herself. “I don’t mean to act like a schoolgirl,” she said, “but have you ever received a direct answer to prayer?”

Chloe begins aggressively buffeting her stalker with religious questions, pressuring him to become a born-again Christian and to pray with her right then and there. She has taken the upper hand.

She is now in control of the conversation, but this is still only a stalling tactic. She still needs to find some escape from the immediate situation, to establish a safe distance from which she can plan a way to deal in the long-term with her stalker. Meanwhile, she’s getting a clearer, more disturbing picture of the depth of his obsession. Just yesterday Buck had described himself to her as a secular skeptic, yet now he is saying that he will consider converting to her newfound religion and even to attending her local church, 1,500 miles from his home.

Be prepared. Plan ahead so that you always have some way of contacting help if you need to do so.

She stopped a passing attendant. “Can I give you a message for my dad?”

“Sure. Is he captain or first officer?”

“Captain. Please just tell him his daughter has extremely good news for him.”

Until he boarded the plane that morning, Chloe had no way of foreseeing that Buck would begin stalking her, but she is not caught unprepared. She and her father had already established a coded communication system. “Good news,” is her code phrase to her father for “I need your help, come quickly.” Her message of “extremely good news” is an emphatic 9-1-1 emergency distress call. By using such code phrases, she is able to summon help without allowing Buck to see her growing discomfort and fear and without causing him to react defensively or unpredictably.

6. Go away somewhere safe; do not remain alone

Chloe’s father arrives. He is friendly and polite, but quickly inserts himself in between his daughter and her aggressor.

He shook hands with the writer and expressed his pleasant, but wary, surprise. Chloe reached for his neck with both hands and gently pulled him down to where she could whisper to him. “Daddy, could you and I sit back there for a couple of minutes so I can talk to you?”

The pilot takes his daughter to an empty seat several rows away and sits with her a bit. She is noticeably upset by now, but safely away from her stalker.

A middle-aged couple across the aisle leaned out and stared, brows raised. The captain noticed, straightened, and headed toward the cockpit. “My daughter,” he said awkwardly, pointing at Chloe who smiled through her tears. “She’s my daughter.”

Having removed his daughter from immediate danger and enlisted the assistance of the couple across the aisle to ensure that she is not left alone with her stalker again during the flight, the pilot returns to the cockpit to contact security at O’Hare. They will be there to greet Buck when he arrives in Chicago and to arrange for his return to New York.

Boop. This concludes side one. Please turn the cassette over to hear a different take on these pages from Left Behind. 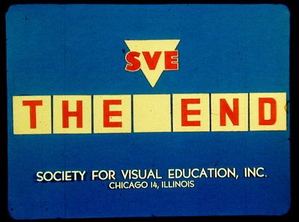 (Note: LaHaye and Jenkins’ disturbingly skewed notion that Buck’s obsessive behavior is charming and romantic is amusing, but please do not regard the above as actual good advice for how to deal with an actual stalker. Real stalkers aren’t funny. Here are some real safety tips from End Stalking in America.)

September 8, 2017 'When necessary, use words'
Recent Comments
0 | Leave a Comment
Browse Our Archives
get the latest from
slacktivist
Sign up for our newsletter
POPULAR AT PATHEOS Progressive Christian
1