The Face of White Christian Nationalism

Roy Moore — a man twice elected to and twice removed from the Alabama Supreme Court — won the Republican nomination for the United States Senate yesterday in Dixie.

It’s been a rough year for the Republican Party in Alabama. Gov. Robert Bentley resigned after getting caught using state funds to cover up an extramarital affair he was having with a woman he also hired to violate the Constitution by suppressing the votes of non-white citizens. He was the third prominent Republican to leave office in disgrace recently, following the removal of the state legislature’s Speaker of the House, Mike Hubbard, who was sentenced to four years in prison for felony ethics violations, and Moore, who was suspended — again, this time for life — for thinking that he didn’t have to abide by the ruling of a higher court.

None of that means much in Alabama, though, because — thanks in part to those effective voter-suppression tactics from Bentley and his mistress — it has increasingly become a deep-red, one-party state. That means yesterday’s Republican primary likely settled the state’s general election, and that Roy Moore will become the next U.S. senator from the great state of Alabama.

That’s unfortunate, because Moore is bonkers. And, also too, he’s just not very bright.

Moore is sometimes described as a representative or a spokesman for the brand of right-wing religious politics that forms his base of support. That seems unfair, though, because I’m not sure that Moore himself really understands that ideology. He doesn’t appear to understand much of anything. His critics are correct when they say he advocates a kind of theocracy, but those critics have a better idea of what that means than Moore does himself. He doesn’t so much argue for theocracy as flail about in that direction. If you described it to him, he’d like it, but he’d be unable to articulate the thing himself. 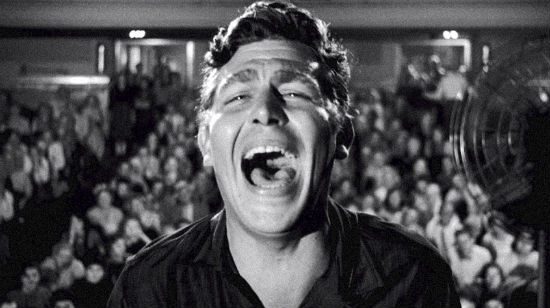 “There’s Sharia law, as I understand it, in Illinois, Indiana — up there. I don’t know,” he said in a recent interview with Vox. “I was informed that there were. But if they’re not, it doesn’t matter.”

Asked about DACA and the status of Dreamers, Moore said he’d never heard of it or the years of controversy surrounding the law. “Why don’t you tell me what it is, Dale, and quit beating around and tell me what it is.” He does say, however, that “I’d put the military down there,” to guard America’s southern border. So he’s an anti-immigration demagogue who has never bothered to learn anything about immigration — or even anything about being an anti-immigration demagogue. (To paraphrase Rick Blaine, “I don’t mind a xenophobic racist, I object to a cut-rate one.”)

Moore is also a birther. He opposes “transistor troops in our bathrooms.” His opposition to legal abortion involves “sovereign-citizen” style nonsense (“the doctrine of the lesser magistrate“) and calls for women who have abortions to be prosecuted for murder. He’s chummy with the Neo-Nazis and Neo-Confederates of the League of the South. And he worships Nehushtan. (That’s not disqualifying in itself, mind you — no religious tests for office — but the fact that Moore is, himself, unaware of his own religion seems like a big problem.)

In another time and place, yesterday’s primary results would have been more very bad news for the Alabama Republican Party. Moore’s victory puts a dim loon on the ballot as the party’s standard-bearer, and that has often meant a well-deserved defeat in the general election. Think of Sharon Angle in Nevada. Or of Christine O’Donnell in Delaware.

Chris Coons has turned out to be a smart and very capable U.S. senator. That’s not surprising, since he started out as a smart and very capable county executive in the First State. But he didn’t enter the senate race expecting to win. Republican Rep. Mike Castle was expected to be the Republican nominee, and Castle — the second-most popular person in Delaware — seemed like a sure bet to win Joe Biden’s former seat. Once Beau Biden opted not to run for his father’s seat, Castle seemed unbeatable, so Democratic leaders asked Coons to offer himself up as a sacrificial lamb who could lose the race with dignity. (This was a Democratic tradition in Delaware for races against Mike Castle. His previous big wins for re-election to the state’s lone House seat were against his former law partner, who amiably refused to say anything bad about his old friend during the campaign.)

But when confident Republicans failed to show up to vote on primary day, O’Donnell shocked everybody by sneaking off with the party’s nomination by a few thousand votes. O’Donnell was not a witch, but she was bonkers, confidently misinformed, and prone to saying ludicrous and indefensibly bizarre things. Just like Roy Moore.

The difference, though, is that Moore was not an underdog outsider who snuck off with the nomination in a low-turnout primary. He was the frontrunner throughout that race. And he’s got an enthusiastic base of support — the same white Christian nationalists who twice elected him to the post of chief justice regard his twice-removal from that office as evidence of their “persecution,” a grievance and resentment they cherish and nurture more than their own children.

Plus, keep in mind, Christine O’Donnell still got 40 percent of the general election vote back in 2010. That two-fifths of the electorate has only grown and been emboldened since then. In 2010, it likely represented a chunk of voters who would vote for the Republican nominee even if, or despite, their being an unqualified, authoritarian loon. Today, that 40 percent represents a chunk of voters who are voting for O’Donnell- and Moore-like nominees because of those reasons.

If their elections were held today, I think O’Donnell or Sharon Angle could win.

And maybe that’s not the worst thing. As Scott Lemieux said yesterday, the punchline of Roy Moore’s nomination is “I can’t say he’d be a worse senator than, say, Jefferson Beauregard Sessions III.” If Roy Moore may not be capable or qualified, but he’s still an accurate pick to be the Republican standard-bearer in Alabama.

Over at Balloon Juice, DougJ sums it up pretty well:

I went through a stage of feeling bad that I usually rooted for the craziest Republican to win in every primary but after the very reasonable Graham and Cassidy plotted to kill thousands of Americans, I decided f–k it, we’re better off with the openly crazy than with the very serious … types.

I hope that Democrats nationwide support Doug Jones as Moore’s opponent in the general election. Moore looks like a lock to be Alabama’s next senator — with enthusiastic support from the same people who kept re-electing Jeff Sessions all those years. But keeping Moore out of the Senate is important for all the same reasons that law-abiding Alabamans decided they had to keep Moore off of the state’s highest court, so if there’s even the slightest chance for a miraculous upset, it’s worth pursuing.

But I also think DougJ is right. A slightly smarter and more presentable, slightly more supposedly “mainstream” Republican like Luther Strange wouldn’t vote any differently than Roy Moore will. Guys like Strange still stick to dog-whistles and the illusion of conservative principles (even while, for example, stealing a seat on the Supreme Court, defending Trump in hearings, threatening debt default, and spending all their energy on health care bills they know must never be allowed to become law).

In contrast to them, Roy Moore is the unvarnished reality. He is the unmasked, unmaskable face of the white Christian nationalism that the Republican Party represents in the age of Trump. As Edmund says in one of the Narnia books, “If there is a wasp in the room I like to be able to see it.”

Moore must be stopped. He likely won’t be. But at least we’ll be able to see what’s stinging us.

September 27, 2017 The faculty lounge meets to discuss the faculty lounge
Recent Comments
0 | Leave a Comment
"I think Paul saw that, whether or not he chose to take up the mantle ..."
Eric People should have told you you ..."
"Impossible Burgers aren't bad. They don't taste exactly like real meat, but it's surprisingly close. ..."
Eric People should have told you you ..."
"It must be awfully embarrassing that an omnipotent divine being can have its plans thwarted ..."
Eric People should have told you you ..."
"There's also the point of the question of the relevance of the victims' past actions ..."
stewart It ain’t no sin to be ..."
Browse Our Archives
get the latest updates from
slacktivist
and the Patheos
Progressive Christian
Channel
POPULAR AT PATHEOS Progressive Christian
1