The Muslims who keep the peace at Christianity’s holiest site

The Muslims who keep the peace at Christianity’s holiest site December 1, 2017 Fred Clark

Reuters’ Rinat Hadash revisits an old story that I find both disheartening and, viewed at a tilt, encouraging. It’s a profile of Adeeb Joudeh — keeper of the keys to the Church of the Holy Sepulchre in Jerusalem, the site traditionally associated with the crucifixion and the tomb of Jesus of Nazareth. (It’s where the Emperor Constantine’s mother Helena guessed Jesus’ tomb was four centuries later. She might have been right?)

“It’s a great honor for a Muslim to hold the key to the Church of the Holy Sepulchre, which is the most important church in Christendom,” Joudeh says. He inherited the key, and the vocation, from his father, who inherited it from his — a task and tradition that dates back nearly a thousand years. Hadash writes:

Historians differ on the roots of the arrangement. Some researchers say Saladin most likely bestowed the guardianship upon the two families in order to assert Muslim dominance over Christianity in the city. It also had financial implications, with a tax from visitors collected at the door.

The tradition endures today, outlasting several empires, because Joudeh’s family is seen as a trusted, neutral peacekeeper among the fiercely competitive, often hostile Christian factions that uneasily share control of the rest of the church. The Joudehs and another old Muslim family, the Nusseibehs, help maintain a semblance of peace amongst the Roman Catholic and Greek Orthodox Christians who otherwise fight — sometimes literally — over worship and use of the space. (When I visited there, in 1990, there was also a Coptic faction camped out on the roof.)

The Western and Eastern Christians use separate liturgical calendars, so each marks its own Holy Week at the site. That ought to make this church twice as wonderful — two Easter Sundays! — but that’s not how it works out. Instead of enjoying the bounty of two Christmases, these Christians factions tend to fight over which gets to control Christmas. Their services are still, at times, marred by the opposing sectarian faction knocking down the other’s candles.

So I guess how I view this long, true story depends on what kind of mood I’m in. Usually I just find it depressing — generations of Christians at each others’ throats over control of what should be an awe-inspiring holy site. But other times I think about the way these Muslim families — there in Jerusalem, the Middle-Eastiest place in the whole of the tinder box of the Middle East — help to calm the ancient animosities between warring factions of another faith, and I see something hopeful about the possibility of finding ways we can all live together in peace.

In any case, anti-Muslim American Christians need to remember the debt of gratitude we Christians owe to the Joudehs and Nusseibehs. We Christians can’t trust ourselves with the keys to our own holiest site. But these good Muslim stewards have, for centuries, helped to save us from ourselves. Remember that.

December 2, 2017 Love please help me be the better man
Recent Comments
0 | Leave a Comment
"Who the heck is Jeffrey Smith, and has he never read a book?"
Iain Lovejoy A spy in the house of ..."
"The concept of sexual identity is a relatively nw thing, unlike homosexuality, which is and ..."
Iain Lovejoy Jan. 15 Flashback: ‘Gracious and cordial’ ..."
"No, Hans Christian Anderson is the one standing next Dickens, several days into what was ..."
Lsamaknight A spy in the house of ..."
"Every sperm is sacred."
Taneli Huuskonen Pope Francis and the Anti-Kitten-Burning Coalition
Browse Our Archives
get the latest updates from
slacktivist
and the Patheos
Progressive Christian
Channel
POPULAR AT PATHEOS Progressive Christian
1 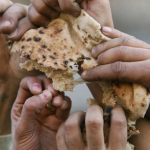 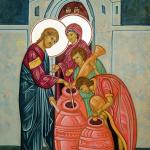