You can fool some of the people all of the time

I think the writer was trying to express a legitimate premise, but did so by drawing the wrong conclusion. Their idea, I think, was to remind us that most people, most of the time, are basically trustworthy. If we cut ourselves off from everyone else by pre-emptively assuming they’re all predators and swindlers and back-stabbers, then we will miss out on most of the joys of life that come from connecting with others. And that would be a worse fate, the fortune sloganeer suggests, then occasionally being taken advantage of by the minority of people who genuinely deserve such distrust.

This fortune presents something almost like an actuarial assessment of risk management. The person who trusts everyone will, with certainty, occasionally encounter those who will betray that trust, but that person will also reap all the benefits that come from trusting the far-greater number of others who will not betray them. According to this fortune-cookie calculus, those benefits will likely outweigh the costs. On the other hand, the person who never allows them to trust anyone will also, with certainty, bear all the costs of isolation and perpetual suspicion, weighed only against the lesser benefit of being safe from the minority of others who would abuse that trust.

I appreciate the sentiment, but the math here is flawed. Our take-out counselor is treating the number — and the attention — of the untrustworthy as a static variable. That’s wrong. Sharks can smell blood, and they are drawn to it.

The fortune cookie might be initially correct about the relative happiness of the extremely naive in contrast to the relative unhappiness of his hyper-vigilant, suspicious extreme opposite. But that would soon change, because that minority of untrustworthy people would quickly learn about “the man who trusts everyone,” and they would swoop in to feed. 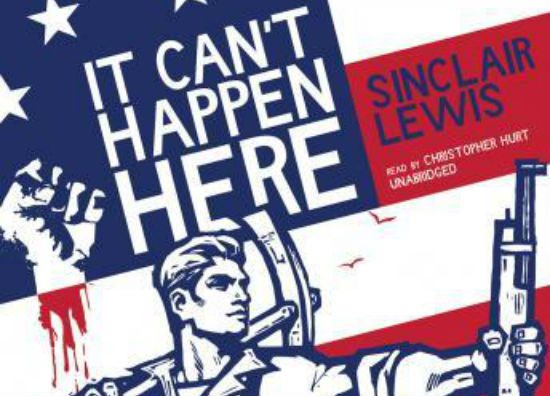 Abraham Lincoln famously observed that “You can fool all of the people some of the time, and some of the people all of the time.” Lincoln said that, of course, assuming that his listeners would agree that fooling people is Bad. But that same insight has been taken up by people for whom “fooling” others is the goal, the business model, and the political strategy.

These people have weaponized and industrialized the idea, creating vast lists and databases — first with direct mail, now with the supercomputers of outfits like Cambridge Analytica. They have finely tuned tools to calibrate just how often all of the people can be fooled, and in what ways. And they have gone to great lengths to identify, tap, and mobilize every one of the people that they have determined can, in fact, be fooled all of the time. That group may not quite constitute 50.1 percent of the electorate, but it can reliably be fleeced to provide the financing and momentum that will help to shave off just enough of the all of the people who can be fooled some of the time to get there.

“You can fool some of the people all of the time.” That’s the “base.” And that’s the basis for a thousand tired news reports profiling the unshakeable loyalty of Trump voters — cut-and-paste narratives that never tell us anything we didn’t already hear from Honest Abe more than 150 years ago.

“Loyalty” isn’t really quite the right word there. Loyalty is a virtue, after all, and the confirmation that one can, in fact, be counted on to be fooled all of the time is not an indication of virtue. The constant confirmation of that status also reinforces it. This is the dual function of the most outrageous, blatantly false, and absurd claims made by President Trump and others who seek to gain and hold power based on the support of those who can be fooled all of the time. Each time the president asserts that “You didn’t see what you just saw,” he’s asking for — and receiving — a pledge of allegiance from his followers. At the same time, he’s requiring them to increase their investment in him. Each time he gets them to agree that up is down, wet is dry, the crowd was the biggest ever, climate change is a hoax, those women are all lying, etc., he increases their sunk cost, making it ever more likely that they will continue agreeing with anything he says, forever.

They agree to keep being fooled, in part, because it is the only way to avoid admitting to themselves that they have been foolish.

And if you agree to continue always being fooled, all the time, you also get to belong to that group. Belonging is always nice, even if membership provides no benefit other than the pleasure of resenting the disapproval that group deservedly earns from all of the people it is hurting.

It’s the liturgy for a religion that Hannah Arendt spent most of her energy warning us against. “The ideal subject of totalitarian rule is not the convinced Nazi or the convinced Communist,” she wrote, “but people for whom the distinction between fact and fiction (i.e., the reality of experience) and the distinction between true and false (i.e., the standards of thought) no longer exist.”

This is what Greg Sargent is getting at, too, in his important recent column on Trump’s perpetual lying: “Two new reports suggest Trump has come unhinged. The truth is worse.”

The brazenness of it is the whole point — his utter shamelessness itself is meant to achieve his goal. In any given case, Trump is not trying to persuade anyone of anything as much as he is trying to render reality irrelevant, and reduce the pursuit of agreement on it to just another part of the circus. He’s asserting a species of power — the power to evade constraints normally imposed by empirically verifiable facts, by expectations of consistency, and even by what reasoned inquiry deems merely credible. The more brazen or shameless, the more potent is the assertion of power.

… To date, Trump has made over 1,600 false or misleading claims as president. Routinely, the lies are demonstrably false, often laughably so. But this actually serves his ends. It is impossible to disentangle this from his constant effort to undermine the news media, seen again in today’s NBC tweet. In many cases the attacks on the media are outlandishly ridiculous, dating back to the tone-setting assertion that the media deliberately diminished his inaugural crowd sizes, even though the evidence was decisive to the contrary. Here again, the absurdity is the whole point: In both the volume and outsize defiance of his lies, Trump is asserting the power to declare the irrelevance of verifiable, contradictory facts, and with them, the legitimate institutional role of the free press, which at its best brings us within striking distance of the truth.

… Terms like “lying” or “delusional” don’t do justice to what we’re seeing here, and we have not yet seriously reckoned with its true nature and what it really means.

December 5, 2017
Not misinformed and not lying. Something far worse.
Next Post