Postcards from the class and culture wars (1.1.18)

“You all just got a lot richer.”

“Prices for a cancer drug called lomustine have skyrocketed nearly 1,400 percent since 2013, putting a potentially life-saving treatment out of reach for patients suffering from brain tumors and Hodgkin’s lymphoma.”

“The Trump administration is scaling back the use of fines against nursing homes that harm residents or place them in grave risk of injury.”

“The president’s deliberate action and Congress’s failure to appropriate these funds despite repeated requests is forcing large rate increases on consumers in Pennsylvania and around the country.”

“When we see the intentional forces that have shaped our living environments we can be more aware of how those same often-malevolent forces are at work shaping us.”

“The sons of literal billionaires do typically get to do whatever they want in life.”

“Corker’s net worth has risen by millions since before being elected, to the point of being the fourth wealthiest man in the upper chamber, worth $69 million as of 2015.”

“On December 5, the Trump administration took its first major step toward allowing employers to legally pocket the tips earned by the workers they employ.”

“The goals were not the same.”

“Taking steps to keep the president’s golf habit away from the cameras is an ongoing effort.”

“President Donald Trump said he wanted what amounted to a nearly tenfold increase in the U.S. nuclear arsenal.”

“God orders people to be killed.”

“If you ever touch my darling Heather or any other woman again, the next delivery will be something of yours in a much smaller box.”

“Robert Mercer may be the first person I’ve heard argue that all the depredations that blacks suffered under the Jim Crow regime were ‘not important.’”

“It’s all well and good to say you want to stay out of politics, but if you believe that a person must be anti-gay, anti-abortion, anti-welfare, and anti-single payer healthcare to be Christian, your rejection of politics is a rejection in name only.” 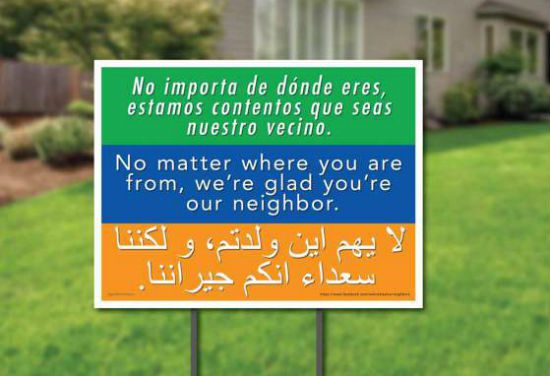 “However, just like today, new refugees were not welcome.”

“Black voters helped Jones win despite voter suppression, not because they were spared from it.”

“One of those experts, Jim Condit, Jr., is an antisemite who has accused ‘Zionists’ of taking over the Catholic Church.”

“Maybe we have a policing problem when they show up and start shooting before they even know what the hell is going on?”

“Until you mourn the deaths of Aiyana Stanley-Jones and Trayvon Martin and Jordan Davis and Mike Brown and Kalief Browder as much as you admonish my decisions, do not profess to care about Black lives.”

“Expecting companies to ‘do good’ on their own is a mistake we’ve long known. But relying on consumer decisions to hold them accountable is also misguided.”

“Whatever happens to Donald Trump will happen to these evangelicals, because they have become indistinguishable.”

January 1, 2018 An Unbalanced Butchering of the First Amendment
Recent Comments
0 | Leave a Comment
"Yeah, there are some victims of Covid where I'm not all that bothered.Black Friday? Should ..."
WingedBeast Much obliged
"Promises, promises... 😒"
reynard61 Much obliged
"Too many politicians and Wall Street types define "consumers" as "people who can afford at ..."
P J Evans Much obliged
"This kind of hagiography https://www.youtube.com/wat... ?"
Andrew Much obliged
Browse Our Archives
get the latest from
slacktivist
Sign up for our newsletter
POPULAR AT PATHEOS Progressive Christian
1