This broad self-description of “How [White] Evangelical Biblical Scholars Treat Scripture” is generally accurate, as far as it goes. But it doesn’t go very far.

See, for example, the bit about “accepting” the “face value of the text.” The assumption here is that we are all fully competent to identify, with total accuracy, the “face value” of any text, uncolored and unaltered by anything we ourselves bring to it, and that this is so simple a process that our role can be merely passive acceptance. [Insert Mark Noll rant on “Scottish Baconian realism” here.] The assumption is that the faces with which we face the text will have no bearing on the “face value” we find there.

White evangelical scholars are suspicious of any hermeneutic of suspicion, and thus are insufficiently suspicious of themselves, and of the myriad ways we all approach texts with preconceived “face values” that we then require them to passively accept from us.

Think for instance of the first time you read The Catcher in the Rye. In ninth grade, Holden’s rejection of all those “phonies” has one “face value” meaning. Read the same text a decade later and the little brat’s own phoniness becomes apparent. Read it again a decade later and you’ll find a deeper pity for the poor little punk. The text hasn’t changed, but the reader has.

It won’t do to object that the ancient scriptures don’t include sophisticated modern literary devices like unreliable narrators. Jonah is canon. Nor is it clear to me how arguing that Salinger was a better writer than the biblical authors and editors accords with the claim to hold a “high view of scripture.”

I simply can’t trust the face value of “face value.” This is not how language works. It’s not even how faces work. What does it even mean to take, say, Bildad’s monologue in Job at “face value”?

This naive sense of an obvious, clear, available “face value” also infects what our evangelical scholars tell us about their view of historical context:

Our primary objective is not historicist determination of the manner or even the contexts in which biblical writings were produced (given the lack of data on these matters our efforts are admittedly speculative), but establishing the authoritative meaning intended by the text.

The word “primary” is doing some dodgy work there, fudging the way this sentence is primarily dismissive. The suggestion here is that “the authoritative meaning intended by the text” is knowable and accessible as something wholly distinct from “the contexts in which biblical writings were produced.” Consider what this means for a text like, for example, Casablanca. Imagine approaching that text without any knowledge of World War II. The authoritative meaning of the text is dependent on an understanding of that context. It is not something that exists independent of that context. 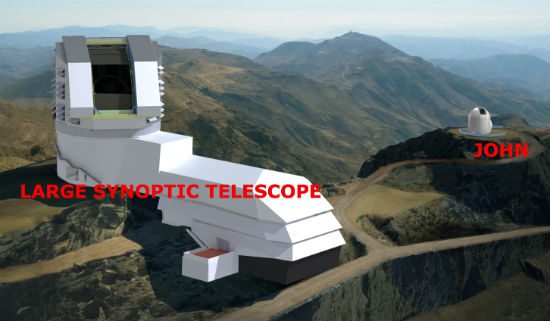 Or just open to the beginning of your New Testament — Matthew, Mark, Luke (and then, wow, John). Matthew and Luke both used Mark. Matthew took Mark and altered it this-away, and Luke took Mark and altered it that-away. Those changes were meaningful to the authors. They convey the meaning of the authors. If we ignore them, we ignore “the authoritative meaning of the text.” If we treat those differences as a problem to be harmonized away, we wind up imposing our own preferred and preconceived “face value,” forcing the text to “accept” our meaning as authoritative.

(N.B.: The term “synoptic problem” is becoming a pet peeve. Imagine a NASA administrator saying “There’s a problem with the new telescope — it’s synoptic!” Yes, that’s the point. That’s how it works — how it lets us see more. It’s a feature, not a bug.)

I suspect the authors of this piece in Christianity Today* would agree with much of what I’ve written here. “Primarily.” They just, you know, can’t quite put it that way so bluntly because they’re writing for Christianity Today and they have to be careful not to upset those eager for a chance to be upset. This is the unspoken rule written between the lines of this entire piece — Don’t worry, we’re not dangerous liberals. Our colloquium on Deuteronomy incorporates lots of real scholarship, but pleasepleaseplease, we don’t want any trouble.

And here I’ll just turn things over to Pete Enns, who was able to write a fine response to this piece long before it was even written because, well, this ain’t his first rodeo:

The scandal of the Evangelical mind is that degrees, books, papers, and other marks of prestige are valued — provided you come to predetermined conclusions.

Biblical scholarship is the recurring focal point of this type of scandal.

The scandal of the Evangelical mind is that doctrine determines academic conclusions.

That’s the lens through which we can best understand this statement from the CT piece:

While not becoming a slave to any single method, evangelical scholars utilize responsibly whatever hermeneutical strategy may clarify biblical texts: source, redaction, form, tradition, lexical, literary, rhetorical, historical, and cultural analyses, as well as speech act theory. These are not methods to be feared, but rather to be harnessed in the pursuit of meaning in biblical texts.

All of the tools of scholarship are legitimate provided they are “harnessed in the pursuit of meaning in biblical texts.” And as long as that meaning is the right one, that’s fine. As long as it “clarifies” the face-value meaning we expected and desired, it’s hunky dory. If some other meaning should be arrived at, then it’s time to hitch that harness to whatever other mix of scholarly tools will get you to the required destination.

* Christianity Today is a publication that believes gay and lesbian couples are “destructive to society.”

February 27, 2018
It's always the other way around
Next Post