“If that tends to upset the ‘anti-Christian, ban-school-prayer, war-on-Christmas, oppose-display-of-Ten-Commandments’ crowd, I make no apologies.”

“Trump’s assault on the media has been built on an assault on reality, a national gaslighting that has wrought epistemic chaos among what was supposed to be an informed citizenry.”

“The Trump administration will ask Congress to make drastic changes to weaken the independence of the Consumer Financial Protection Bureau.”

“Controlling for population characteristics, unemployment rates and other socioeconomic conditions, the researchers still found that, on average, as immigration increases in American metropolises, crime decreases.”

“Most of the people targeted for deportation sometimes for minor crimes were war refugees who had established lives in the U.S. after fleeing the Vietnam War more than 40 years ago.”

“The discovery of the white supremacist material, in part, prompted agents to search computers and other electronics to see if Morrow was acting alone or in concert with others.”

“But Trump may have understood ‘life’ better than many of its advocates do.”

“People talk about how the paint peels from the cars. And there’s dust everywhere, everywhere.”

“If you want to ensure the quality of your water, it requires continuous investment.”

“Tennessee’s lawmakers aren’t just pushing a policy — they’re pushing a narrative about the deserving and the undeserving poor.”

“Those are among dozens of examples of state and local Republican politicians and officials publicly attacking Islam in 49 states since 2015, typically with impunity, according to a BuzzFeed News analysis.”

“Decades ago, similar debates played out over content that was delivered via the cutting-edge communication medium of the day: the telephone.”

“Maybe America will once again have unions and strikes, as it did during the post–World War II decades, when not coincidentally — indeed, causally — it had a growing, thriving middle class.” 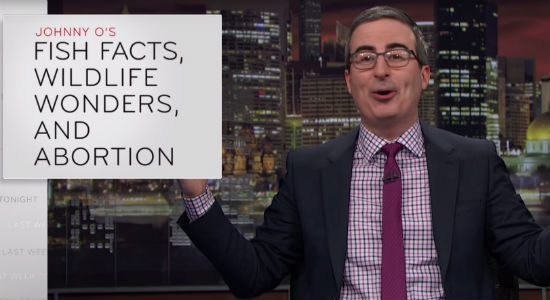 “I felt it was highly inappropriate for an elected official, honestly, and it almost felt like an intimidation tactic.”

“The confirmation of Gorsuch heralded a year of lower court nominees created in his image — predominantly white and male, relatively young, and often hostile to consumer, worker, health, and environmental protections, as well as gender, racial, and LGBTQ equality.”

“A high-ranking official at the Interior Department’s Bureau of Reclamation has repeatedly shared conspiracy theories on his personal Facebook page, a review by TPM found, including posts calling the students who survived the Parkland school shooting “Nazis” and alleging the massacre was a staged false flag.”

“One FBI email chain showed that the agency maintains 24-hour surveillance of some Black activists: The agent noted that a fresh team had arrived to relieve an FBI surveillance unit parked outside a particular activist’s home.”

“Lola, a community organizer with Survivors Against SESTA, told me in … this is literally a life-or-death law for sex workers.”

“Without them, I would have still been knocking on semitruck doors.”

“April 12 is the 154th anniversary of the Civil War battle and massacre at Fort Pillow, located on the Mississippi River near Henning, Tennessee.”

April 11, 2018
A moral panic and an exercise in bad faith
Next Post

April 12, 2018 Steve Strang is not a respectable person
Recent Comments
0 | Leave a Comment
Browse Our Archives
Related posts from slacktivist

Progressive Christian
I ain't saying it's right or it's wrong
slacktivist