Missiology is a minefield

Missionary and missiologist David Hesselgrave recently died at the age of 94. The Southern Baptist minister and professor is being remembered as the “dean of [white] evangelical missiology.”

In that Baptist Press tribute, the new president of the Southern Baptist Convention praises the late professor with a howlingly awful statement that I suspect Hesselgrave himself would have phrased very differently:

“He taught us that God really had given us the nations as our inheritance and showed us how to go after them,” [J.D.] Greear, pastor of The Summit Church in Durham, N.C., said.

The sound you hear is that of several hundred Southern Baptist missionaries cringing all at once.

It’s not easy to sum up everything that missiology teaches us not to do. and then repeat it three times in a single sentence — but Greear remarkably pulls that off. “God really had given us the nations as our inheritance and showed us how to go after them.”

No, no, and no. Greear sounds like something out of The Poisonwood Bible or The Mosquito Coast or some Graham Greene novel. Like some version of The Quiet American in which Alden Pyle works for the SBC instead of the CIA. There’s a line somewhere marking the point at which missionary work as clueless colonialism crosses into outright blasphemy, and Greear seems to have blasted through it like a sprinter breaking the tape at the finish line.

Here’s the thing: We’ve learned a lot since William Carey first plodded his way off to India. The great 19th-century missionary movement was a remarkable and monumental thing that is sorely understudied in both religious and secular history. Some of what that massive movement achieved was unambiguously great. Some of what it wrought was unambiguously awful. For every Hudson Taylor striving to understand Christian faith in the context of another language and culture there were a dozen colonial “compounds” that did more to spread Western caste systems of race and class than to spread the gospel. 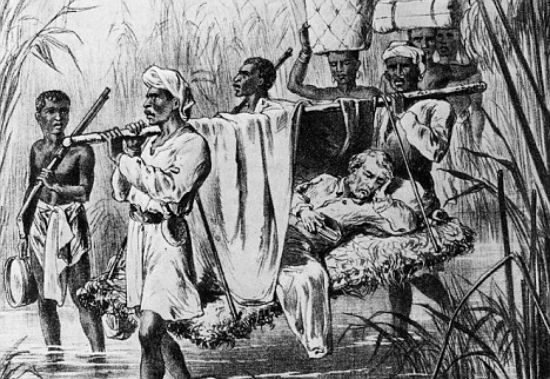 “Missiology” arose as a kind of theological academic discipline to learn from the good, the bad, and the ugly. Churches and mission agencies began to understand the difference between getting it right and getting it wrong.

A lot of that, it turns out, is painfully familiar to anyone who’s read the New Testament. You have to feed widows, but you can’t only feed the widows who talk like us. And no, just because you’re circumcised it doesn’t mean every new convert has to get circumcised too. Are even Samaritans welcome? Yes, even Samaritans. And don’t say it like “even Samaritans.” They don’t have to stop being Samaritan. (Maybe Samaritan sorcerors need to stop being sorcerors, but they don’t have to convert from being Samaritan.) What about a queer black government official from some foreign land run by — get this — a woman? Fine. No reason he can’t be baptized. God has shown us that we should call no person profane or unclean.

Oh, and if a person with gold rings and in fine clothes comes into your assembly, and if a poor person in dirty clothes also comes in, and if you take notice of the one wearing the fine clothes and say, “Have a seat here, please,” while to the one who is poor you say, “Stand there,” or, “Sit at my feet,” then you’re no longer acting as a missionary but as a judgey McJudge-face with evil thoughts, so knock that off.*

All the fights and arguments and hard-learned lessons of the New Testament got rehashed in 20th-century “missiology,” gradually and belatedly dragging mission work to the same conclusions.

What that means, of course, is that “missiology” as a discipline, has become almost as dangerously subversive as the New Testament itself. Beginning in the last half of the 20th Century, that has led to a widening gulf between missionaries and the churches back home who support them. In large measure, the pastors and people in those churches back home don’t understand what, how, or why those missionaries are doing what they actually do. And in many cases, they likely wouldn’t approve of it if they did.

An example of that can be seen in the awkward conversations that many medical missionaries have when they’re home on “furlough,” visiting with the churches and church-members whose offerings support their work. Those state-side Americans will sometimes seek reassurance that those missionaries’ medical work in mission hospitals and clinics, while all very nice and well and good, they suppose, is surely only of secondary importance — meaningful mainly only as a means to the end of evangelism. Because surely the eternal health of those benighted foreigners is of far greater concern than any mere concern for their physical well-being in this temporal existence.

Those doctors and nurses have all learned to respond to this challenge tactfully, reassuring those earnest American Christians that, yes, they are indeed committed to sharing and spreading the gospel, while tip-toeing away from the deeper, more divisive suggestion that their medical work must necessarily be only a tool, a means of lesser importance, and how accepting that outlook would make them a bad doctor or nurse, and a bad missionary, and a bad evangelist, and a bad neighbor, and a bad Christian.

At one level, this is due to the universe of complications that lies beyond the door marked “cross-cultural ministry.” Both the missionaries and missiologists, on the one hand, and those earnest white American Christians on the other generally agree that “the gospel” is something that transcends human cultures. It can be translated into different languages and translated across cultural boundaries. Strip away the cultural trappings and you’re left with the Platonic essence of the gospel — the fundamental bones of the thing itself that can then be spread in every language, culture, time, and place. That’s the general idea.

And in those general terms, missiology is the study that arises from realizing that, wow, that’s a lot more complicated than it seems. Distinguishing between our own cultural distinctives and what we imagine to be the pure essence of some gospel beyond them is far trickier than anyone realizes until they actually attempt to work cross-culturally. Missionaries have to do that, jumping in to swim without a life-jacket. That forces them to wrestle with how very much of what American Christians think of as “the gospel” is really just American culture. Or, more specifically, white, middle-class American culture. They come to see how cultural assumptions aren’t just layered on top of some pristine underlying abstract gospel, but how they pervade the entirety of it, soaking into every part.

Those missionaries come to understand a gospel that is separate from white, middle-class American culture, and thus a gospel that looks very different from the understanding of “the gospel” for people back home who are themselves thoroughly steeped in and shaped by that culture.

But then this minefield of missiology gets even more complicated. Because the longer one attempts to work “cross-culturally” and the more different cultures one attempts to cross, the more it becomes apparent that for us humans — finite, temporal, culture-bound, glass-darkly creatures that we are — that initial idea of some Platonic, pristine, non-cultural expression of an abstract “the gospel” is an inaccessible phantom. Every expression of “the gospel” is shaped by culture. Every theology and every idea of the gospel, it turns out, is “contextual.” Not just theirs, but ours too. And hoo-boy now the questions get even more uncomfortably fraught.

* I’m paraphrasing slightly at the end there, but this is straight-up, chapter-and-verse scripture, from James 2:2-4. James goes on to say:

Some 2,000 years later, most of us can relate to being “dragged into court” — or, more likely now, into binding corporate-controlled arbitration — by rich oppressors. That’s all bundled into our monthly insurance premiums, cable bills, student-loan payments, etc.

But if you read that passage from James and it seems confusing to you, like you feel that being oppressed and dragged through a one-sided court system by the rich is something you’ve never experienced, then I have bad news for you. That likely means you’re “the rich” that James is talking about, and I’m afraid that means you’re probably blaspheming the excellent name of the God of former slaves and refugees, the God who identifies with “the least of these.” So you may want to address that.

July 6, 2018
Remembering the 'boat people' gives me a sinking feeling
Next Post

July 9, 2018 The fine art of browsing
Recent Comments
0 | Leave a Comment
Browse Our Archives
get the latest from
slacktivist
Sign up for our newsletter
POPULAR AT PATHEOS Progressive Christian
1