“I’d like to be able to suggest a remedy that would resolve this dilemma, but frankly, I don’t have one.”

“They should be sanctioned for the sheer stupidity of the attempt, if not for the violation of the law.”

“Two weeks before the midterm elections, officials moved the Dodge City polling site outside the city limits and more than a mile from the nearest bus stop.”

“Which is something that continues to concern us, especially if everybody uses and exercises their right to vote.”

“For Cruz, public office is a private quest; the needs of his constituents are secondary.” 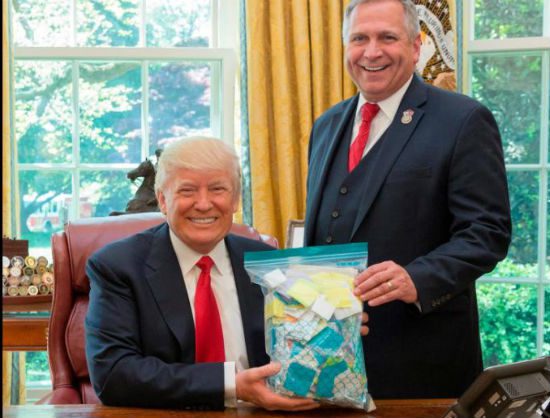 “We will give your rapist counseling and drop all charges and let him go free.”

“The memo implored Assange and his guests to keep the bathroom clean.”

“The head of Florida gubernatorial candidate Ron DeSantis’ Jewish outreach around Miami attended a Republican protest outside a campaign event that included participation by two members of the white nationalist group the Proud Boys.”

“A white nationalist writer who says he’s a canvasser for the gubernatorial campaign of Georgia Republican Brian Kemp is calling on voters to elect Kemp because, as he writes in a post on VDare, ‘I know everything I need to know about what happens when blacks are in charge.'”

“But at some point, we have to take people seriously when they treat migrants as an existential threat to civilization.”

“Just avoid using the n word and don’t reference Richard Spencer too much and don’t Jew hate just cause all the time.”

“Seventy-three percent of respondents reported that they stayed with an abusive partner longer than they wanted or returned to the partner for economic reasons.”

“I have known Ammar since he was 16 when he became part of our youth ministry.”

“At the end of the day, every senior that got off that bus, not only are they going to vote, but they’re going to get five to ten people to vote with them.”

“It was a bizarre event to host at the GOP’s Manhattan clubhouse, but the Metropolitan Republican Club defended McInnes and the Proud Boys after the fight.”

“For anyone with even a basic grasp of the mechanics of American elections, the situations and the conspiracies you would have to believe in order to give credence to widespread voter impersonation fraud make birthers and flat earth conspiracy theories seem reasonable.”

“The nearly hour-and-half-long video refers to Democrats as ‘dark and evil’ and features a bevy of American and European far-right, anti-Muslim white nationalists who make a correlation between gang rapes, Islam, and immigration.”

“It’s just the kind of direct experience with unpleasantness it seems take to get a conservative to care.”