Alas, I am not aware of all Internet traditions. But I’m aware of some of them, and here is one of my favorites: Allie Brosh’s hilariously wonderful story of The Year Kenny Loggins Ruined Christmas. 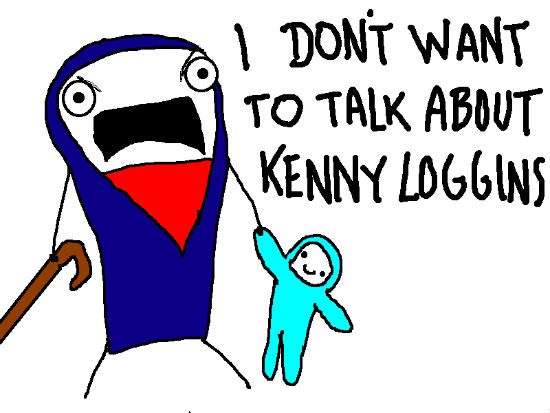 The year I learned that Christmas did not, in fact, originate as a celebration of my amazing ability to temporarily transform into a “good” child for a few weeks was the year my grandparents took me to see their church’s nativity play.  My dad’s parents were heavily involved in their church and felt that, at six years old, it was time that I start appreciating the miracle of Jesus instead of using Christmas as an excuse to whore out my integrity for presents.  Even though my parents weren’t religious, they let me go to the play because it was important to my grandparents.

From my grandparents’ flowery explanation and frequent use of the word “miracle,” I went in expecting to be blown away by the production. Unfortunately, the church moms and the pathetic excuses for actors that they called their offspring failed to bring the characters to life in the way I had hoped.  And the story just seemed to center around everyone being really impressed with Jesus and there wasn’t much suspense and not a single battle scene.

I could see that the story had potential, but I was deeply disappointed by the whole experience.

By the time my grandparents dropped me off at home, I had convinced myself that I needed to take matters into my own hands and reinvent the birth of Christ so that it conformed to my expectations. …

Progressive Christian
Pick yourself up, dust yourself off and start...
slacktivist