“The 26 richest people on earth in 2018 had the same net worth as the poorest half of the world’s population, some 3.8 billion people.”

“So, it’s not like it’s a gigantic number overall.”

“Companies like Wells Fargo have enjoyed huge profits from the tax cuts and spent billions on buybacks while laying off workers.”

“Mitch McConnell, Chuck Grassley, and John Thune look at the existing policy landscape – the enormous deficit Republicans have created, the priorities in desperate need of investment – and believe what’s really needed is another tax break that would exclusively benefit the rich.”

“By expanding their demands beyond their own compensation, teachers’ unions are transforming into some of the most significant advocacy groups striving for socioeconomic equality in America today.”

“The Trump administration says it would require extraordinary effort to reunite what may be thousands of migrant children who have been separated from their parents and, even if it could, the children would likely be emotionally harmed.”

“Yes, judge. She was also a 13-year-old who under our laws can’t consent to anything.”

“Hagedorn also said that the NAACP, the national civil rights group, was a ‘partisan hack’ and a ‘disgrace to America.'” 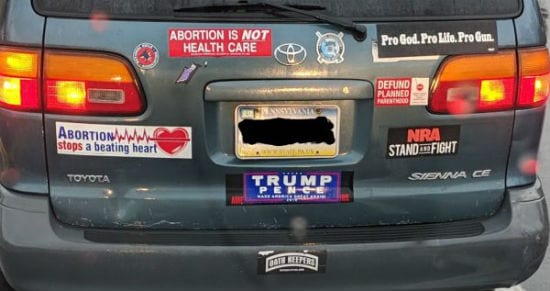 “The topic turned, as was necessary, to Virginia Governor Ralph Northam’s refusal to resign after he tried the ‘sorry for the blackface/coonman nickname’ defense on Friday and then almost moonwalking to a Shaggy’s ‘It Wasn’t Me’ defense on Saturday.”

“Birnbaum doesn’t appreciate the irony, but there is little doubt he played a crucial role in the weaponizing of antisemitism.”

“On multiple occasions, including on or about December 1, 2017, STONE told Person 2 that Person 2 should do a ‘Frank Pentangeli‘ before HPSCI in order to avoid contradicting STONE’s testimony.”

“Trump heard something that wasn’t actual intelligence, and repeated it as truth.”

“The plot of the film is made up, as are the characters and developments that unfolded on screen.”

“These are full-blown, what-can-we-do-to-strangle-and-destroy-the-support-system Republicans.”

“In reality, all that remains in town today is a few clusters of homes, a scrapyard, a community center, a dairy, and the infamous PG&E station that connects to the vast natural gas pipeline system.”

“That’s just how it is off in Indian Country.”

“If a candidate can garner the support of me and my 1,156 Twitter followers, I would think that should be more than enough to take the win!”

February 6, 2019 An alternate history and an alternate future
Recent Comments
0 | Leave a Comment
Browse Our Archives
Follow Us!

'I hope that this is real'
slacktivist
Related posts from slacktivist