You can read this entire series, for free, via the convenient Left Behind Index. The ebook collection The Anti-Christ Handbook: Volume 1, is available on Amazon for just $2.99. Go read this Adam Serwer piece. Volume 2 of The Anti-Christ Handbook, completing all the posts on the first Left Behind book, is also now available. Volume 3 is coming soon(ish).

Buck Williams is sitting just outside of the Antichrist’s office.

He imagines he can feel the supernatural evil emanating from the next room. He desperately prays for divine protection, for deliverance, because he knows he’s in extreme danger. Nicolae Carpathia has power over the minds of men and unless Buck is somehow able to convince him that he, too, is under his spell, that office may be the last room that Buck ever sees.

Buck has taken a terrible chance coming here, accepting this invitation to New York for a rendezvous with pure evil. But he had to come. For Hattie.

She had come to him for help and in return he had, unwittingly, put her immortal soul in danger. Buck had introduced her to Nicolae Carpathia, the Antichrist himself. He may as well have sold her into slavery.

Buck feels responsible for Hattie. He is responsible for the perilous new life she has begun. He talked about this endlessly with Rayford Steele and with Bruce Barnes, agonizing over how “every day” it gnaws at him that he put Hattie into harm’s way and then just left her behind. In several long and repetitive conversations, both Bruce and Rayford warned him of the dangers of coming here, but he knew this was his only chance — the only way he might perhaps reach Hattie, find some way to take her to somewhere it was safe to talk so that he could tell her about the truth he had found and that truth could set her free.

That was the reason he was here, the only reason. He was here in New York, in the dragon’s lair, to rescue the damsel in distress. He was here to save Hattie Durham.

Hattie Durham approached Buck and Chaim Rosenzweig, and they both stood. “Mr. Williams!” she said, embracing him. “I haven’t seen you since I took this job.”

Yes you have, Buck thought, you just don’t remember.

“The secretary-general and Mr. Plank will see you now,” she told Buck.

That is the entire extent of Buck’s conversation with Hattie Durham during this trip to New York. She greets him warmly and he responds, as he did when greeted by Rosenzweig, without saying anything, absorbed in thoughts of how cool it is that they’ve been deceived and he hasn’t. (He does the same thing yet again when Steve greets him on the next page.)

Hattie leads Buck down a long hall, but he doesn’t say a word to her, taking the opportunity instead to check out her outfit:

… he realized he had never seen her out of uniform. Today she wore a tailored suit that made her look like a classy, wealthy, sophisticated woman. The look only enhanced her stunning beauty. Even her speech seemed more cultured than he remembered. Her exposure to Nicolae Carpathia seemed to have improved her presence.

Buck spends the rest of the afternoon there in the same set of offices as Hattie, but he never speaks to her again before flying back to Chicago. He never even tries to speak to her.

Take a moment to savor this marvelously weird fumble here by Jerry Jenkins. He spent several chapters setting this up, with three separate conversations in which Buck agonized over whether or not to make this trip, weighing the immense danger against his overriding sense of obligation to undo the damage he had done to Hattie.

And then, abruptly, Buck and Jenkins both just forget all about it. Once Mr. McGillicuddy gets on the plane for New York, he abandons every thought of trying to save Hattie Durham.

Hattie does have one long conversation during Buck’s visit to her new workplace, but that conversation is on the phone, with Rayford. And Rayford — who also has spent pages and pages agonizing over his regrets and responsibilities regarding Hattie — doesn’t try to rescue her either. Instead, he lets her recruit him to come work for the Antichrist too.

Chapters 4, 5 and 6 of this book recount Buck’s brave, heroic trip to New York to rescue Hattie who has been lured into working for the Antichrist. He doesn’t do that, or even try to do that, but by the end of these chapters both Buck and Rayford will also wind up as part of the Antichrist’s entourage.

If you’re keeping score at home, that would be: Antichrist 2, Tribulation Force 0.

This doesn’t happen due to Nicolae’s Redfordian charisma or to his mind-control mojo. It’s not his doing at all. This is Jerry Jenkins’ doing.

Back in Book 1, Jenkins decided that he was going to be telling this story exclusively through the eyes of his two main characters. The inevitable result of that decision is that Buck and Rayford are doomed to find themselves in Nicolae’s posse. That’s where the action’s at, so that’s where our bystander-narrators need to be.

This really isn’t the best narrative approach to a story attempting to present a comprehensive look at the End of the World. It means, among other things, that nothing significant can happen anywhere unless either Buck Williams or Rayford Steele is there to see it. If an apocalyptic prophecy falls in the forest and neither of our heroes is there to hear it, the prophecy can’t be fulfilled.

The result of that choice in Tribulation Force is vast chunks of the book in which nothing much happens other than Jenkins’ implausible maneuvering to get his bystanders into position. Most of this book doesn’t have anything to do with Tim LaHaye’s End Times check list at all, but only with the elaborate machinations involved in getting Buck and Rayford into front-row seats for the Nicolae Carpathia Show.

Apart from the generally dull pointlessness of these chapters, there’s a larger problem with Jenkins’ devotion to the idea that one or the other of our heroes must always be standing by when Nicolae does something Antichrist-ish. This problem is that it means our heroes will always and only be doing just exactly that — standing by. The Tribulation Force can never become any legitimate kind of resistance or underground because that might interfere with their ordained narrative function of being bystanders. And that means, in turn, that our heroes can never be heroes. There’s no such thing as a heroic bystander. 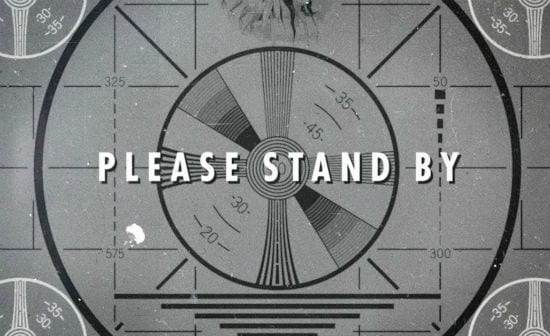 This poor structural choice by Jenkins winds up influencing the plot of these books and the character of its characters. In the Big Finale of the previous book, Nicolae points a gun at Stonagal and we read:

Buck considered a suicidal dive across the table for the gun …

But he didn’t make that dive. Jenkins couldn’t risk it. If something had happened to Buck, then who would be left to tell us this story?

This becomes a pattern in these books. Buck and Rayford are consistently portrayed as the kinds of heroes who never, ever make a dive for the gun. Jenkins places them right at the center of the action — or, rather, right next to the center of action. But he never dares to put them in the action. They can’t act and narrate at the same time. Ultimately, whether this is due to Jenkins’ timidity or to that of his characters really doesn’t matter — either way Buck and Rayford come across as inert, self-absorbed cowards, as timid bystanders who think of themselves as the most important person in everyone else’s story.

The publisher’s blurb on the back cover of Tribulation Force promised something different:

Rayford Steele, Buck Williams, Bruce Barnes and Chloe Steele band together to form the Tribulation Force. Their task is clear, and their goal is nothing less than to stand and fight the enemies of God during the seven most chaotic years the planet will ever see.

But not really, no. That’s not this book. The Tribulation Force can’t “stand and fight,” they can only stand by, doing nothing as the world crumbles around them.

But of course even if this book had tried to live up to the publisher’s blurb it would still have been immensely difficult to reconcile that idea — “stand and fight the enemies of God” — with, you know, the whole gospel of Christ crucified. thing. The distinction between God’s friends and God’s “enemies” isn’t compatible with that gospel. We’re not talking about some esoteric aspect of theology here, but about something as elementary as John 3:16. Even if it were possible, or permissible, to identify some separate class of people who constitute “the enemies of God,” I have to wonder what the point would be. Why waste time making lists of friends and enemies when you’re told to respond to both the same way?

This whole Onward Christian Soldiers kick is probably an unfortunate side effect of St. Paul’s use of some martial metaphors to illustrate what he called the “ministry of reconciliation.” Twisting those metaphors into some kind of “literal” call to “stand and fight the enemies of God” makes about as much sense as interpreting Gandhi’s idea of “satyagraha” as advocating violence since he said it describes “the Force which is born of Truth.”

I’m repeating myself here, but that publisher’s blurb is another reminder of how the Left Behind series warps that great old gospel song:

The way LaHaye and Jenkins sing that song it goes something more like this:

I like the original better, and not just because it’s more orthodox. 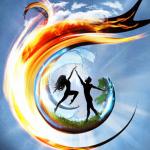 March 14, 2019
Born to uncertainty, destined for pain
Next Post

Wolff Leads Rocket Mortgage Classic By Three
The 21-year old Matthew Wolff has the golf world talking about his...
view all Progressive Christian blogs
What Are Your Thoughts?leave a comment
Copyright 2008-2020, Patheos. All rights reserved.