“It’s the most metal thing I’ve ever done.”

“If the people are too proud to regard us as equals, then I am too proud to claim that equality by taking the Supper with them.”

“It was one of history’s greatest heists.”

“An official with the National Rifle Association corresponded with a prominent Sandy Hook conspiracy theorist to call into question the school shooting in Parkland, Florida.”

“Mo Brooks didn’t compare the Dems and the media today to Hitler. … He is taking Hitler’s POV and compared them to the Jews.”

“Police are investigating after the Oklahoma Democratic Party’s headquarters was vandalized with racist graffiti.”

“The president is not a white supremacist. I’m not sure how many times we have to say that.” 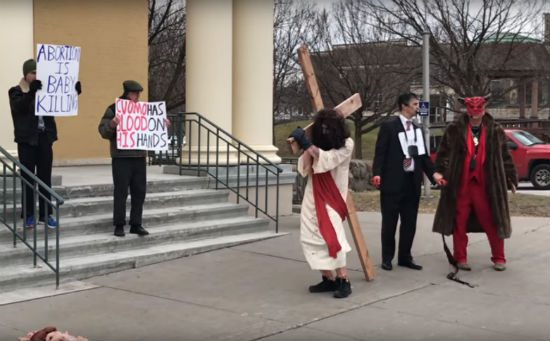 “Cardinal George Pell must serve a minimum of three years and eight months before he is eligible for parole, according to the judge’s order.”

“Damian said he had to carry wood for not knowing 13 Bible verses to Timothy’s satisfaction.”

“Anoint me with oil, just like Mary Magdalene anointed Jesus with her alabaster jar.”

“The wacko pro-Trump QAnon conspiracy theory has some friends in high places in South Carolina, where State Rep. Lin Bennett (R) has been posting on Facebook about her belief in QAnon.”

“The demon was a little under three feet tall with grayish skin and a potbelly.”

“Rational explanations don’t mean much to these guys.” 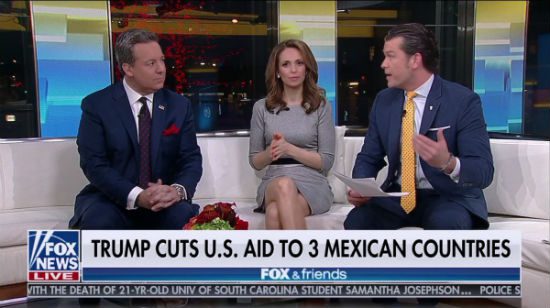 “Silicon Valley, and specifically the venture capital firms of Silicon Valley, are mostly run by old white men who read Ayn Rand in high school, thought it was great, and never changed their minds.”

“We are in the midst of a capital tantrum, in which people and corporations come completely unhinged at even the mildest suggestion that they should slow down their unchecked looting of the economy.”

“The business plan of BUYBAX is elegantly simple: WE WILL ISSUE STOCK — AND BUY IT BACK. THAT’S IT. THAT’S ALL. SHARES OUT, SHARES IN, SHARES UP.”

“A lot of us can’t afford to go to the doctor, so we have to live with this.”

“So it’s really a new world for us and very, very helpful.”

“While seeing elephants, we will finally hear about the elephant in the room.”

“If all the people who texted me would’ve shown that support publicly, it would’ve forced the whole industry to change.”

“It’s just that I have my suspicions.”

“Complete and total exoneration for Roxie and Velma.”

April 2, 2019 My head is full of magic, baby
Recent Comments
0 | Leave a Comment
Browse Our Archives
get the latest from
slacktivist
Sign up for our newsletter
POPULAR AT PATHEOS Progressive Christian
1