• “‘A Pervasive Culture of Cruelty’: What a Secret Facebook Reveals About the U.S. Border Patrol,” by A.C. Thompson for Pacific Standard:

The Border Patrol Facebook group is the most recent example of some law enforcement personnel behaving badly in public and private digital spaces. An investigation by Reveal uncovered hundreds of active-duty and retired law enforcement officers who moved in extremist Facebook circles, including white supremacist and anti-government groups. A team of researchers calling themselves the Plain View Project recently released a hefty database of offensive Facebook posts made by current and ex-law enforcement officers.

And in early 2018, federal investigators found a raft of disturbing and racist text messages sent by Border Patrol agents in southern Arizona after searching the phone of Matthew Bowen, an agent charged with running down a Guatemalan migrant with a Ford F-150 pick-up truck. The texts, which were revealed in a court filing in federal court in Tucson, described migrants as “guats,” “wild ass shitbags,” “beaners,” and “subhuman.” The messages included repeated discussions about burning the migrants up.

How many agents need to get fired to send the proper message to the rest? A thousand? 5,000? How about all 20,000, and then just start again from scratch?

The bottom line here is that employment as an agent of the Border Patrol is, today, a mark of disgrace. Their badge obviously means nothing to them, so it means the same thing to the rest of us.

In the lawless age of Trump, none of these lawless “agents” will likely face any professional or legal sanctions. But is it too much to ask that actual Christian churches might deny these people access to communion? They’re actively rejecting God (1 John 4) and denying God’s grace, so it’s a form of blasphemy to invite them to that table.

Kelly went on to say “I’m an Anglo Saxon” and also “With a name like Mike Kelly you can’t be from any place else but Ireland.”

The white person of color stuff has gotten more attention because it’s just the sort of dimwittedly cranky rant that makes nobody want to sit next to grandpa at holiday dinners and because it’s odd that people in western Pennsylvania trust a man to represent them in Congress when he clearly can’t even be trusted to sort the laundry.

But Kelly’s claim to be Irish and therefore “Anglo Saxon” is maybe even more hilariously outrageous. This is a guy who went to Notre Dame, which he apparently thinks is the home of the Fightin’ English.

Kelly doesn’t see the irony of what he’s doing here, enthusiastically flattening his own culture to make it as indistinct as possible from the generic whiteness that might shield him and other Irish Americans from the traditional white-nationalist attack of “Go back where you came from” — the very same attack Kelly is himself defending against others.

There’s a tragic aspect to that irony. But still, “Anglo Saxon.” Jeebus, white nationalism just makes you so much dumber.

• “What is the magic that makes impossible data an exciting chance to learn more about the world rather than something to shut out at all costs?” A good question from Keith Humphreys.

• This isn’t new news to those of us who have tried to plow our way through the World’s Worst Books, but it’s always good to see this plainly stated in public, “The anti-Semitic theology behind the Christian Zionist lobby“:

Hagee and his more than 5 million followers believe that the establishment of Israel in 1948 and its subsequent military occupation and colonization of Palestinian and other Arab lands are the fulfillment of biblical prophecy and the necessary precursors to the return of Jesus Christ and the coming of the apocalypse.

Once this final theological drama begins, they believe, gentiles and Jews will be judged, and those who accept Jesus as the Christ will be saved, and all others will be condemned to the eternal fires of damnation. Everyone else is expendable, including the Jews they claim to love so much.

Hagee and the rest of his triumphalist crew actively pursue their conviction that all Jews must return to Israel and rebuild a Jewish Temple in the Noble Sanctuary mosque complex in occupied East Jerusalem (one of the most sensitive religious sites in the world). That done, they will convert to Christianity or face death.

Apart from not being very nice, or smart, or consistent, or biblical, these “Bible prophecy scholars” are lovely folks, I’m sure.

• It’s been my custom here to use capriciously chosen song lyrics as the titles of these bullet-point round-up posts. That’s been one way of thumbing my nose at the SEO nonsense that everyone here in 2006 says is going to save newspaper jobs and turn blogs into money-making machines. People are still pushing “SEO strategies” today, years after it became obvious that search-engine optimization was exactly what it told us it was — the optimal situation for search engines and not for the “content providers” they strip-mine and capture traffic from.

And the same would-be gurus who pitched the false hope of salvation by SEO all those years ago later advised “Facebook optimization,” which had the same result — optimizing Facebook at the expense of all the sites employing that strategy.

This is a blog. Google killed blog search and Google reader and has, for years now, marginalized and throttled blog traffic. That’s not an agenda I want to help “optimize.”

So in keeping with the custom of “I got yer SEO right here” (gestures in Philly), I’m switching from song lyrics to punchlines.

The joke proper is a fading art form, but still an important part of our shared culture, literacy, and folk wisdom. So we might think of these random punchlines as a form of historical preservation. (The punchline above has been indexed for inflation. I think originally it was only $4 a beer.) 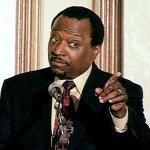 July 16, 2019
On Republican outreach to black voters and the utter lack thereof
Next Post