“I am the least racist person there is anywhere in the world.”

“I never realized how much prettier it is without that fence.”

“These maternal deaths could have been avoided had these women had access to the health care that they sought.”

“The safety net you thought would catch you in old age is less like a net and more like a staircase you get pushed down, bumping along until you’ve impoverished yourself enough to hit Medicaid at the bottom.”

“How did he not see my badge in my hand?”

“I really do need a contact here in Fort Worth who should be actively investigating and removing the illegals that are in the public school system.”

“So if we really want to understand white supremacy, and to combat it, we have to acknowledge the complex relationship between Christianity and slavery.”

“As Christians, we must speak in one voice condemning Christian nationalism as a distortion of the gospel of Jesus and a threat to American democracy”

“Now, De La Mora and her husband, Pastor Richard De La Mora, are preparing to take over XXXChurch as Gross focuses on his latest mission: to sell and promote marijuana for Christians through a new venture called Christian Cannabis.”

“A top Environmental Protection Agency official gave a presentation last year at a gathering of some of the most zealous deniers of climate science, highlighting the influence a small, fringe movement hawking crank theories now wields in Washington.”

“My wife’s image in your video and the insinuation that she is part of the principalities and powers attacking the church is cowardly, grossly dishonest, and bearing false witness.”

“Grayson Fritts thrust himself and his church into the spotlight with a series of recorded sermons in which he advocated for government authorities — including Knox County Sheriff’s Office where he works — to execute LGBTQ people.”

“Although the men did not know it then, this would be the beginning of more than a month of inhumane and incommunicado detention for them, chained to the decks of four different Coast Guard ships.”

“Trump, in particular, has repeatedly slashed the refugee resettlement cap, which had been bouncing around between 70,000 and 80,000, so that now fewer than 30,000 refugees can come per year.”

“The number of refugees admitted into the U.S. is at the lowest now than it’s been in decades. And that drop has meant major cutbacks for the handful of organizations that are authorized to resettle refugees, like the evangelical group World Relief.” 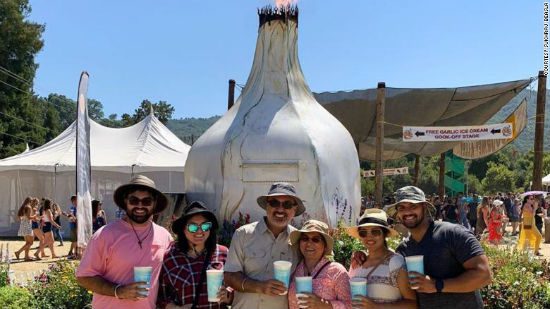 “A former Southern Baptist pastor, who supported a strict abortion bill in Texas which would have made it illegal for women to undergo the procedure, has been arrested on suspicion of sexually assaulting a teenage relative.”

“Internal documents, communications and financial statements obtained by the Observer, along with state records and interviews with half a dozen former Heidi Group employees and with Everett, paint a picture of mismanagement, contract violations, lack of oversight and misuse of taxpayer funds — problems that state officials knew about even as they continued to extend the Heidi Group’s contract for more than two years.

“California prosecutors allege that one defendant took photos of three naked girls to give to ‘the servant of God’ — Garcia — and told them that going against the desires of ‘the Apostle’ was going against God.”

“And in Alabama, the alleged rapist could get custody.”

“Black families in Chicago lost between $3 billion and $4 billion in wealth because of predatory housing contracts during the 1950s and 1960s, according to a new report released [in May].”

“Ex-Fox & Friends co-host Clayton Morris has left the country amid more than two dozen lawsuits from investors who say he defrauded them in real estate deals involving properties in Indianapolis.”

“During his 13 years as bishop in West Virginia, one of the poorest states in the nation, Bransfield spent $2.4 million in church money on travel, much of it personal, which included flying in chartered jets and staying in luxury hotels, according to the report.”

“Wilpon has extracted close to two billion dollars from the Mets in exchange for exactly the same sort of labor Bonilla has been performing for the team since the dawn of the new millennium, that is, none.”

July 30, 2019
If I could walk that way I wouldn't need the talcum powder
Next Post

July 31, 2019 The church of Larry Nassar
Recent Comments
0 | Leave a Comment
Browse Our Archives
get the latest from
slacktivist
Sign up for our newsletter
POPULAR AT PATHEOS Progressive Christian
1