Members of the press, tell us what you see

Reporters swarmed around Beto O’Rourke following a memorial service in his hometown for the victims of a deadly white-supremacist terror attack there that was inspired by the rhetoric of ethnic cleansing coming from President Trump and Fox News. Weirdly, the focus of those reporters’ questions was about what O’Rourke imagined Trump might do to solve the problems that Trump himself was causing. This bewildering line of questioning seemed to exasperate the grieving El Pasoan, and his plainspoken response struck a chord with millions of Americans.

“Is there anything in your mind that the president can do now to make this any better?” one reporter asked.

“What do you think?” Beto replied, shaking his head, and then:

You know the shit he’s been saying. He’s been calling Mexican immigrants rapists and criminals. I don’t know, like, members of the press, what the fuck? Hold on a second. You know, it’s these questions that you know the answer to. I mean, connect the dots about what he’s been doing in this country. He’s not tolerating racism, he’s promoting racism. He’s not tolerating violence, he’s inciting racism and violence in this country. So, you know, I just, I don’t know what kind of question that is. You guys know the answers to those questions.

Apparently, however, even though these reporters do in fact know all the stuff Trump has been saying — for years — they seem to refuse to accept the obvious answers to those questions. They seem to think it’s their job, somehow, to deny their readers and audiences the answers to those questions, and to pretend that such answers are unknowable, ineffable, and mysterious. 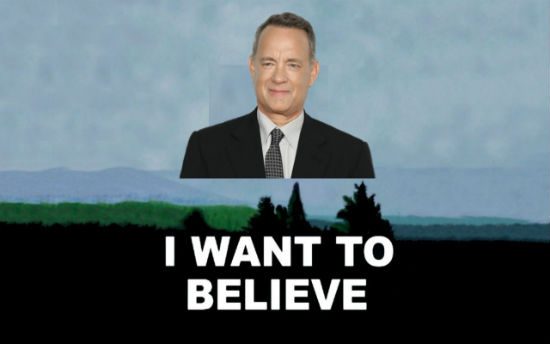 It’s a remarkably obtuse performance of obtuseness. These political reporters know that we know it’s all just a charade, an intricately choreographed, but clumsily executed dance around the glaring obvious facts that Beto O’Rourke reminded them — at a freaking memorial service for the victims of those facts — they all know.

The remarkable thing about his comments is not that he cussed. It’s that he managed to cuss only twice in response to their lethally obscene and complicitly irresponsible twaddle.

As Brian Beutler put it, “Members of the press, WTF indeed!”

If you accept, as you should, that Trump’s racist incitement is neither accidental, nor some unthinking cynicism that he can be talked out of, but a symptom of his profound moral deformities, the only earnest answer to the question — what can he do to make this better? — is that he should vanish. He can not stop being who he fundamentally is. He will not resign from office, repent, and enter seclusion. He does the bad things he does for reasons that are neither mysterious nor irrational, and so he can’t make things better any more than peddlers of junk food, narcotics, alcohol, and tobacco can improve the country’s physical health. A terrorist attack may not have been Trump’s goal exactly, but to the extent that it confirms he has successfully nurtured hatred, paranoia, and grievance, he is not unhappy about it. …

Why does Trump constantly stoke hatred of immigrants and Muslims and minorities? [Such questions] are all easy to answer if you can acknowledge that Trump is engaged in a fundamentally malevolent project. …

Today, before our eyes, Trump and his allies seek to crush the foundations of multiracial democracy and replace them with a white ethnostate where the ruling class directs violence at scapegoat communities to create the climate it needs to get away with looting the country and dismantling all checks on its power. If you can see that, and articulate it, you don’t ask what Trump might do to make things better, or say he “urges unity vs. racism.” If you can’t see it, or your job requires you to blind yourself to it, you must treat his ultimate purposes as an impenetrable mystery.

The plain truth articulated above by both O’Rourke and Beutler is obvious to any good faith observer. It is the simplest, clearest explanation of Trump’s words, actions, and policies — the only such explanation that is able to account for everything we’ve seen from this man over his years in office and over the many, many years of his life before he was sworn in.

To account for his words and behavior with any other explanation requires a great deal of wildly implausible speculation that requires one to ignore most of what one is seeing while dreaming up a host of additional, “secret” facts for which no actual evidence exists. Either what Beto and Beutler say is true, in other words, or you must be willing to leap through the looking glass into the crackpot realm of conspiracy nuttery like QAnon.

The one benefit that we can derive from the existence of this popular delusion is that QAnon is probably the most efficient and parsimonious explanation for Donald Trump’s existence other than malevolent herrenvolk supremacy, greed, corruption, narcissism, and “profound moral deformities.” The whole thing flows necessarily from its single premise: That Donald Trump is a good person (and therefore that one can support him and remain, oneself, a good person). It may be a massively intricate, convoluted, expansive and ever-expanding tangle of contradictory assertions, denials, dismissals, and shoddy fabrications, but it’s the closest shave that Occam’s Razor will allow for anyone trying to defend that otherwise indefensible premise.

The assertion “Donald Trump is actually a good person” has to somehow contend with the massive counter-evidence of everything Trump has said and done, in public, for decades. And that can only be accounted for by proposing that Trump has, for years, been engaged in an act of benevolent duplicity — that he’s only been pretending to be a massive racist swindler, failed high-stakes speculator, perennial lecher, incontinent glutton, and attention-craving vulgarian in order to protect his secret identity as a virtuous champion of justice on a life-long mission against an evil that threatens us all. (If this sounds familiar, “billionaire failson playboy by day, anonymous secret champion of justice by night” has been a staple of comics for generations.)

For such a long-term ploy to be a convincing explanation for Trump’s horrible lifelong behavior, the virtuous mission it’s enabling him to secretly pursue must be proportionately massive and enduring. It can’t just be that Trump-the-boorish-asshole is just his cover allowing him to sneak out at night and beat up muggers in the alleys of Gotham City. If we’re to believe that this man is really secretly a super-hero then we’ll need also to conjure up a super-villain worthy of that fantasy. Such a villain needs to be superlatively evil.

It means Satanic baby-killers. The perennial, inevitable, best-selling symbol of superlative evil in Christendom and post-Christendom for centuries.

As always — as in Salem and Manhattan Beach and West Memphis and Comet Ping Pong — there is zero evidence in support of the claim of a massive global conspiracy of cannibalistic Satanic baby-killers. But, also as always, zero evidence is more than enough for those who are so desperate to cling to a false premise that they need it to be true. This need is also more than sufficient for them to disregard the vast mountain of counter-evidence the claim requires them to ignore.

Why do they “believe” that such a conspiracy of Satanic baby-killers exists? Because that claim is necessary for them to also believe that they are, themselves, good people. It goes to identity and sense of self. And that makes the stakes too high to be terribly concerned with actual facts or evidence or reality.

But isn’t there some other way they might be able to regard themselves as good? No. No there isn’t — other than actually, you know, trying to love their neighbors, to follow the Golden Rule, to treat others fairly, etc. Once that has been ruled out, all that’s left is the claim of secret virtue due to opposition to an invisible conspiracy of superlative evil, which inexorably takes the form of Satanic baby-killers.

In a very real sense, then, there are only two explanations available to us that attempt to account for what we see from Donald Trump and his supporters.

1. Trump and his agenda are shaped by “profound moral deformities” seeking “to crush the foundations of multiracial democracy and replace them with a white ethnostate where the ruling class directs violence at scapegoat communities to create the climate it needs to get away with looting the country and dismantling all checks on its power”

2. Tom Hanks and Hillary Clinton are, at midnight each New Moon, meeting in one of their many secret underground lairs to don black robes, snort adenochrome, and toast one another with goblets of fresh infant blood.

If you’re a political reporter and you’re still trying to both-sides coverage of President Donald Trump’s words and actions, then those are the two sides you’re going to have to weigh against one another.