“The climate has changed before,” say people who want to minimize the scale of the current challenge. I have never understood how anyone could find this comforting. The natural climate changes that have shaped human history have almost always been smaller and more regionally contained than the large-scale human-caused change we are currently experiencing. And even these changes have provoked suffering, scapegoating, and the collapse of civilizations.

I am often asked what frightens me most about climate change, whether I lie awake at night thinking about ocean hypoxia or arctic permafrost or other feedback processes that could turn a bad thing into a catastrophe. I am scared of the physical changes that await us on a warming planet, but the most important feedback process is the least well understood. The scariest thing about climate change is what it will make us do to each other.

Zak Cheney-Rice, “There Is No ‘Racial Divide'”

In fact, there is no “racial divide” per se — it is a misleading term that suggests animus is driven by interpersonal relationships rather than the fealty of millions to a virulent ideology, conscious or unconscious. The wounds racism inflicts cannot be healed until people stop reinvesting in its benefits. This means understanding and describing it in terms of the exercise of power rather than mere disagreement. …

Racism is certainly not a failure of diplomacy, and describing its fallout as a “divide” elides both the power of one side over the other and the moral atrocity of that side’s position. It is foremost a matter of the powerful imposing their will. The rationale for not confronting this reality, for CNN, likely hinges on a sense of pragmatism driven by fear of the racists themselves. The network risks being accused of bias if its moderators suggests that Trump’s racism doesn’t merely exploit interracial suspicions but affirms the belief among white supporters that they deserve to lead better and more secure lives than their nonwhite countrymen.

… I’m sharing this today because, of the myriad misconceptions of what it is to be poor, the most common is the belief that the main thing keeping people without money is a lack of understanding of how money works. It is also the most violent belief because implied is that if you’re poor, it’s your fault; it’s something you did or didn’t do. It’s God’s punishment for some elusive misdeed. If only you didn’t buy those Js. If only you saved $5 a week. If only you read this book. If only you downloaded that app. If only you didn’t celebrate that birthday.

Or remember when you waltzed in with a MAGA hat and told me “I know what it’s like to be persecuted like a slave. I’m an evangelical Christian in America. Its scary!” (More power to you for your faith, but that analogy? Or skewed perception? Or saying that nonsense to my face with the assumed confidence that I wouldn’t respond?)

Removing Davis’ name is an important rejection of the manipulation of history. The individuals behind the archway sought to fulfill their political agenda by honoring a secessionist government, promoting white supremacy and denying the realities of slavery in the United States. Confederate monuments don’t preserve “our history,” like some falsely argue. They instrumentalize the past to maintain a nostalgia for a white ethnostate in the public space. And as long as they stand on public grounds, this nation will never heal from its painful past with slavery.

September 19, 2019
The weirdly innocent part of the Jerry Falwell Jr. scandal
Next Post 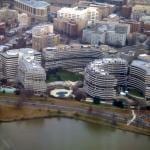