I want everyone to get better

I want everyone to get better October 5, 2020 Fred Clark

I want Donald Trump to get better. This is what I’ve always wanted for him, even before the pandemic, because he’s always been someone who desperately needed to get better. Lord knows he could hardly get any worse.

I wanted Leona Helmsley to get better too, back when she and Trump were the twin icons of the careless rich — the very worst people in the horrible, decadent world of New York penthouses in the ’80s. 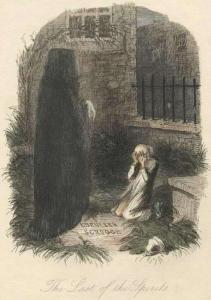 Helmsley, the “Queen of Mean,” never did get better. Her health failed when the rotten little muscle where her heart should have been gave out and she died in 2007. Congestive heart failure gave her some time there, near the end, to contemplate her awful life, her selfish cruelty, her boundless greed and harm and nastiness. Or it would have given her time to do so had she been capable of such contemplation. But she never was. She didn’t want to ever get any better, and so she never did.

Like his former counterpart, Trump has never been well. So when he falls sick, it is impossible to “wish him well” or to “hope he gets well” thinking only of his physical health. He now has a potentially deadly disease for which we do not yet have a cure, but this is still the least of his problems. So what could it possibly mean to “wish him well”?

When we offer well wishes, or best wishes to the loveliest people we love, we usually mean something like “I wish for you everything your heart desires.” Our well-wishing is not limited to their physical health and comfort and the absence of pain. It surely includes that, but it doesn’t stop there. What we mean is that we want them to be happy. We wish them happiness because they seem deserving of happiness and because they seem capable of it.

But what about someone like Trump? Someone who has demonstrated that he is not deserving of it and is therefore not capable of it, or perhaps that he is incapable and therefore not deserving? We cannot, in good conscience, wish for him everything his heart desires because the stunted, self-centered, self-absorbed desires of his stunted, self-centered, self-absorbed heart would not bring “wellness” to him or to anyone his cruel life affects.

That’s a tall order. It seems implausible or impossible. How can anyone be born after having grown old? I can’t imagine anything that might prompt such a transformation short of three spirits visiting him on Christmas Eve.

In that story, we long to see poor Tiny Tim get better. The child is sick and we wish him well. But Dickens also pulls off the harder trick of making us want to see the cruel, greedy Ebenezer Scrooge get better too. The old miser may not be physically ill, but his soul is rotten. He is deeply, thoroughly unwell. He has everything his crooked little heart desires and is, therefore, miserable. He gets better only when, miraculously, he learns to want to be someone other than the person he has chosen to be.

I suppose what I mean when I say that I hope Trump “gets better” is something like what Wendell Berry wrote in A World Lost:

I imagine the dead waking, dazed, into a shadowless light in which they know themselves altogether for the first time. It is a light that is merciless until they can accept its mercy; by it they are at once condemned and redeemed. It is Hell until it is Heaven. Seeing themselves in that light, if they are willing, they see how far they have failed the only justice of loving one another; it punishes them by their own judgment. And yet, in suffering that light’s awful clarity, in seeing themselves in it, they see its forgiveness and its beauty, and are consoled. In it they are loved completely, even as they have been, and so are changed into what they could not have been but what, if they could have imagined it, they would have wished to be.

The scene there is eschatological. It’s in the afterlife because it entails a level of self-knowledge that none of us would likely survive.

There’s the rub when considering what it would mean for Donald Trump to “get better.” It would mean repentance and that, in turn, would require him to understand what it was he was repenting from — the “awful clarity” of seeing “how far he has failed the only justice of loving one another.” And if he ever saw that, ever really understood it, I imagine it would destroy him.

It seems, then, impossible to wish him well without, in some sense, wishing for his destruction.

September 29, 2020
I ain't got no home in this world anymore
Next Post

October 6, 2020 White evangelicals and QAnon (cont'd.)
Recent Comments
0 | Leave a Comment
Browse Our Archives
get the latest from
slacktivist
Sign up for our newsletter
POPULAR AT PATHEOS Progressive Christian
1