“I’m sick and tired of people looking for a damn handout! … Only the strong will survive and the weak will parish.”

“This is not going to be Biden’s America, this is my America. We should have burned it all.”

“On Thursday, with almost no public notice, Georgia House Republicans introduced a 48-page bill to significantly change voting procedures in the state in a way that particularly targets Black voters in the Atlanta metro area.”

“It’s not that the economic stresses of the middle-class people who showed up on 1/6, say, aren’t real, it’s just that they’re too ubiquitous to be a useful explanation for anything.”

“Politics, for many clergy, is perilous terrain, and they expend substantial creativity avoiding it.”

“The lieutenant governor, a devout Christian who presents as a brash and unfiltered conservative culture warrior, invoked a number of antisemitic tropes in the years leading up to his election.”

“Update (2/22/21): CPAC has cancelled Young Pharaoh’s scheduled appearance following the publication of this article. Young Pharaoh’s information has also been removed from CPAC’s website. The theme of this year’s gathering is ‘American Uncanceled.'”

“You’ll need to be more specific.”

“The truth is, many conservative Christians embraced Rush Limbaugh because they had already embraced a faith that championed an us-vs.-them militancy, the denigration of liberals and feminists, the sexual objectification of women, an appreciation for coarse language and even violence when directed at the right targets, and a thinly veiled misogyny that kept women in their (God-given) place.”

“After unusual icy weather left millions of Texans without power, some are facing another crisis: Sky-high electricity bills.”

“Who would have thought an energy policy devised by George W. Bush and Ken Lay would have gone so wrong?” 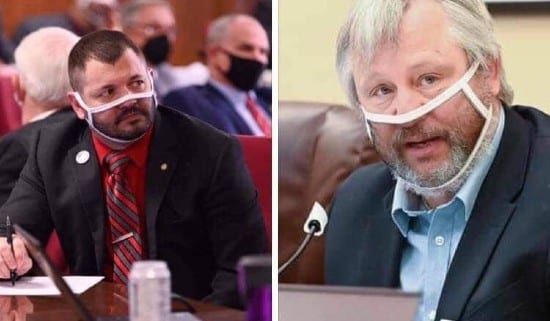 “Phrenology isn’t having a comeback because it never left us.”

“Hatewatch reached out twice to [Republican Tennessee Sen. Bill] Hagerty’s office for a comment on his hiring of Hahn and asked directly if his hiring of her suggested that he was sympathetic to the way she portrayed non-white people in her writing.”

“So much of what passes for the American welfare state consists of tiny amounts of money and so much bureaucracy and ridiculous rules that it actively hurts people’s lives.”

“There are consequences of electing people who don’t just have bad ideology and bad policies, but who have no clue and do not give a shit at all.”