An evangelical writes about “exvangelicals” for an evangelical audience. Genuine disagreement is always a real and difficult achievement. Jay Green doesn’t quite get there, but commendably takes a few steps in that direction. If he doesn’t wholly understand these folks, it seems he’s sincerely trying to do so.

I think this bit, for example, is partly right:

One finds limited talk of theology among these Exvangelicals apart from repudiating the “rigidity” and “literalness” of evangelical faith. The paradigm shifts they have undergone seem more sociological than theological; more concerned with cultural claims than metaphysical ones.

It’s not wrong to say that many of these younger people are rejecting or reshaping the evangelical religion they were taught because of “cultural claims” rather than purely doctrinal or theological disagreements. But what I think Green misses is that this is exactly the basis for much of their critique of the evangelicalism they’re leaving behind. They’re pointing out that evangelicalism is, itself, more of a cultural/sociological construct than a theological/spiritual/doctrinal one.

Or, to put it another way, “one finds limited talk among these exvangelicals” of the tree itself and greater emphasis on the fruit it bears. That’s the language of the Sermon on the Mount — words spoken by Jesus according to Matthew 7: “A good tree cannot bear bad fruit, nor can a bad tree bear good fruit. … Thus you will know them by their fruits.”

In those terms, this would seem to be one big difference between Green’s perspective and that of the exvangelicals he’s struggling to understand. From his point of view, as an observer and sometimes critic of evangelicalism within that world, the focus is on the tree — on the theology, doctrine, spirituality, and religiosity of evangelicalism. And from that point of view it’s entirely possible and worthwhile to focus on such things in themselves as something separate and distinct from any secondary “sociological” or “cultural” aspects of the people and institutions holding those theological views.

From the point of view of those exvangelicals, however, it’s not possible or meaningful to consider the “tree” as something abstract and distinct from the fruit it bears. Any evaluation of the tree is dependent on the quality and substance of its fruit. And they know this fruit from personal experience. They were fed that fruit for a long time and they say it made them sick. 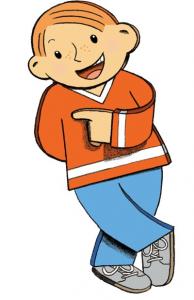 That framework misleads more than it clarifies. It wants to create two broad categories: “vertical” and “horizontal.” But what it really creates instead is two categories of Those Who Accept These Two Broad Categories and Those Who Reject This As A False Distinction. The latter group is characterized as “horizontal” and thus is criticized for “flattening” religion — as though a two-dimensional vertical line were not just as flat as a two-dimensional horizontal one.

It’s frustratingly difficult to reject this vertical/horizontal dichotomy without being heard and interpreted as expressing a belief in the superiority of the “horizontal” dimension. That’s not what I want to say. I do not want to say that a flat, purely horizontal faith is the better or best form of religion, but that there’s no such thing. It does not and cannot exist any more than the Indian rope trick of a flat, purely vertical faith can.

“Those who do not love a neighbor whom they have seen cannot love God whom they have not seen,” 1 John 4 says. There’s no point conjuring up some invisible, immeasurable, intangible and separate notion of “love” to regard as something separate, distinct and distinguishable from the only visible, measurable, tangible forms of love available to us mortals. That’s a mug’s game. It’s a trap and a theological dead end. Ultimately, it’s a poisonous tree that bears bad fruit.

When you get stuck in a vertical/horizontal dichotomy as replacement for 1 John’s distinction between visible and invisible love, you’ll then need to seek distinctions between trees and fruit — between abstract theology and the cultural or “sociological” implications of that abstraction. I think that’s why Green and Blake Chastain wind up talking past one another a bit in Green’s essay.

Let me step back a bit and commend Green for talking to Chastain. Green is, again, genuinely trying to understand the exvangelicals he’s writing about and thus he takes the necessary step of allowing them to describe themselves in their own terms. So Green turns to Chastain as “a leading spokesman” of this sort-of movement and even plugs and links to his “Exvangelical” podcast as a resource for his readers to help them understand this group. That’s good!

But Green also can’t quite resist a bit of parenthetical commentary that reveals he doesn’t fully grok what Chastain is telling him:

A leading spokesman (and host of a podcast by the same name), Blake Chastain, considers Exvangelicals a diverse lot united only by what they have rejected. They elected to leave what Chastain calls the “totalizing mental and social environment” of evangelical Christianity, exchanging it for a liberating brand of “moral and religious autonomy.” Even so, Chastain is quick to lay down what he sees as a few non-negotiable commitments all share: “We embrace the LGBTQ community fully, are thoroughly feminist, denounce the role of white supremacy in society in general, and white evangelicalism in particular.” (It seems that giving up on the idea of fundamentals is easier said than done.)

From Green’s perspective, Chastain et. al. have merely exchanged one rigid set of “fundamentals” and “non-negotiable commitments” for another. And one gets the sense that he regards these new “fundamentals” as something gleaned from secular culture — as concerns, again, that are “more sociological than theological; more concerned with cultural claims than metaphysical ones.” Green seems to suggest that exvangelicals have allowed separate, unrelated, outside “cultural claims” to distract them from the theological and spiritual core of the evangelical faith they once “vocally and joyfully professed.”

But I don’t think that’s what they’re saying or what they’re rejecting by putting that “ex-” in exvangelical. What it’s about, rather, is their realization that the essential core of the evangelicalism they were taught was, itself, “sociological” and “cultural” rather than essentially theological or spiritual. And, what’s more, they have come to believe that this sociological and cultural core of (white) evangelicalism is wrong — both in the sense that it is morally wrong and in the sense that it is not true.

The values that Chastain asserts and that Green characterizes as a new set of “fundamentals” are, for exvangelicals themselves, necessary corrections of the moral wrongs and falsehoods that were bound up with the theological and spiritual claims of the evangelicalism they are now deconstructing and deconverting from.

So, again, I think we are moving closer here to the rare and wonderful achievement of genuine disagreement. The substantial heart of that disagreement, it seems, isn’t really about competing categories of “cultural” vs. “religious” or of “theological” vs. “sociological” or of “vertical” vs. “horizontal.” I think, rather, it’s about what constitutes good fruit and what constitutes bad fruit. And about the kinds of trees that reliably produce the former and not the latter.

August 9, 2021
Second helpings at the Applebee's salad bar
Next Post