Chaplains know things because they had to learn them

Chaplains know things because they had to learn them September 3, 2021 Fred Clark

In Christianity Today, a campus minister for the white evangelical InterVarsity Christian Fellowship writes about “Why I Voted For the Atheist President of Harvard’s Chaplain Group.”

So, OK, a Southern Baptist pastor, a Catholic priest, and a rabbi walk into a hospital. That sounds like the start of a joke, but it could also just be a staff meeting.

Those three ministers from three very different traditions might be working together, serving as chaplains in that hospital. They’d have to work together, just as a practical matter, because there are 24 hours in every day and 168 hours in every week and serving as a hospital chaplain is nothing at all like a 9-to-5, Monday-to-Friday job. Even with long hours on duty or on call, the three of them will still be stretched thin trying to cover that hospital 24/7/365. 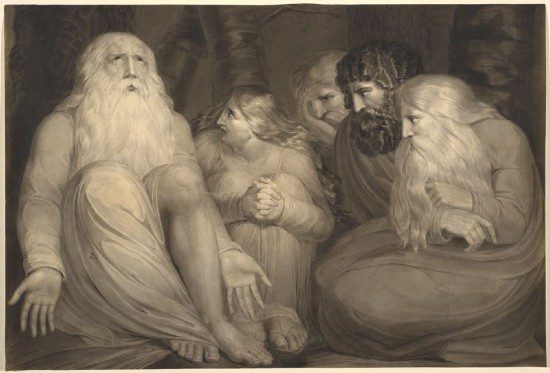 The chaplains are there to comfort the afflicted. They’re there to accompany patients, families, visitors, and staff through crisis and trauma, through physical and spiritual pain. And, yes, it’s often best and most comforting for the afflicted if the chaplain present with them is someone who shares their particular faith and their particular spiritual traditions and beliefs. That’s why this hypothetical hospital recognizes the value of spiritual diversity in its chaplaincy, better aligning it with the spiritual diversity of the people those chaplains are there to serve. And that’s why, whenever possible, the Protestant chaplain will be the first in line to minister to Protestant patients, the Catholic chaplain to Catholic patients, and the Jewish chaplain to Jewish patients.

But that’s not always possible because hospitals never close and nobody is able to work 24 hours a day, every day, seven days a week. And it’s also not always possible because, obviously, not every patient or family member or staff member is going to be a Protestant or a Catholic or a Jew. The rule of threes may govern the form of the joke proper, but even in the most seemingly homogenous communities not everyone is going to fit into a mere three categories. (Not to mention the enormous and enormously significant diversity within all of those categories.)

So sometimes — quite often, in fact — circumstances dictate that the Jewish chaplain will be called on to minister to a Southern Baptist family, or the Catholic chaplain will sit beside the Methodist patient, or the Southern Baptist chaplain will be called to the bedside of the dying man whose faith, if any, is a mystery to everyone in the building. Each learns how to do this — how to minister and to comfort despite the lack of a specifically shared system or language of faith — because each of them has been forced to learn to do this. And so each of them has also learned to trust their interfaith colleagues to do the same.

This is one reason that each of those chaplains welcomes and happily relies on coworkers from other traditions. And that includes the relatively recent development of atheist or humanist chaplains.

Unfortunately, most people do understand this — or will, eventually. That understanding is a good thing, but I say “unfortunately” because often the way such understanding arrives is through the sort of circumstances of pain, trauma, hardship, loss, and affliction that brings most of us, eventually, to the point where we’re grateful for the presence of a chaplain, irrespective of that particular chaplain’s particular sectarian beliefs or lack thereof.

The cooperation and mutual trust among chaplains from disparate traditions can seem especially bewildering — or angering — for people from faith traditions like white evangelicalism, which tend to put great emphasis on salvation (“conversionism” is how David Bebbington describes this in his famous “quadrilateral” description of evangelicalism). Conversionism prioritizes eternal salvation over temporal suffering, so from this perspective, our paramount concern at the bedside of the dying shouldn’t be to comfort the afflicted, but to evangelize them. After all, we’re on deadline here — it’s now or never. The role of a chaplain — any chaplain of any tradition — sits uncomfortably with this desperate emphasis on salvation and conversion. So even while they may recognize that a chaplain is not the same thing as an evangelist, their instinct here will be to tell the chaplain to get out of the way to allow the evangelist to do the more important work.

If you’re not from such an otherworldly, salvationist tradition, it may be hard to understand that instinct. It might help you to understand it if we remember that a chaplain is also not a prophet. If I were to find myself beside the deathbed of, say, Steven Miller, or Richard Spencer, or Rupert Murdoch, my first impulse would not be to comfort the afflicted. The many things I would feel compelled to say would all be things I believe to be just as true and paramount and desperately urgent as the message the evangelist would feel compelled to say, which is why neither of us would make good chaplains in that circumstance. It’s not that we’d be required to set aside our urgent truths, but that we’d have to learn to allow them to inform the very different work we’re there to do, even though our instincts don’t incline us to think of that work as comparably important.

This work that chaplains do will always seem strange or secondary to evangelists and prophets because they think of people in pain or in crisis or in trauma, people facing loss and death, as people who are wrestling with the Big Questions. And when the Big Questions arise, the evangelists and prophets instinctively want to respond with the Big Answers. But here is what chaplains have learned because they have been forced to learn it simply because they have worked as chaplains: the Big Answers are not what these people need. No matter how convinced we are by our Big Answers or how convincing we think they may be, they aren’t what matters most here.

September 4, 2021 Re-run: 'Javert syndrome, Texas justice, and Satanic baby-killers'
Recent Comments
0 | Leave a Comment
"I am detouring from my exploration of Nevermore tonight. A while back, I posted some ..."
Jenny Islander It ain’t no sin to be ..."
"One of the legislators compared trans children in sports to the grid failures."
Delta People should have told you you ..."
"An example: talking about “people with uteri” when what you're actually referring to is something ..."
Delta Soap, soup, and salvation
"Since the topic of Fred's post is one of the many ways in which 'Merica ..."
Vucodlak It ain’t no sin to be ..."
Browse Our Archives
get the latest updates from
slacktivist
and the Patheos
Progressive Christian
Channel
POPULAR AT PATHEOS Progressive Christian
1

Progressive Christian
It ain't no sin to be glad you're...
slacktivist

Progressive Christian
People should have told you you were awesome
slacktivist