• The previous post got me lost down an internet rabbit hole on the world of con artists and scams. I’m fascinated by the (evil) ingenuity the schemes in this “List of confidence tricks,” but much of this seems to come from a bygone world.

Consider, for example, the “Baltimore stockbroker.” This involves an extensive, patient, weeks-long set-up. In some variations, that can mean chatting up the crowd in 64 different bars. Or it may mean sending 4,096 emails one week, and then 2,048 the next, and 1,024 the week after that, and so on. That’s a lot of work, all to establish a sense of trust based on a proven track record of picking winners:

The scammer begins with a large pool of marks, numbering ideally a power of two such as 1024 (210). The scammer divides the pool into two halves, and sends all the members of each half a prediction about the future outcome of an event with a binary outcome (such as a stock price rising or falling, or the win/loss outcome of a sporting event). One half receives a prediction that the stock price will rise (or a team will win, etc.), and the other half receives the opposite prediction. After the event occurs, the scammer repeats the process with the group that received a correct prediction, again dividing the group in half and sending each half new predictions. After several iterations, the “surviving” group of marks has received a remarkable sequence of correct predictions, whereupon the scammer then offers these marks another prediction, this time for a fee. The next prediction is, of course, no better than a random guess, but the previous record of success makes it seem to the mark to be a prediction worth great value.

It’s like an arithmetic magic trick. But the simplicity of the trick will be invisible to the marks themselves — all they’ve seen is an unbroken series of eerily perfect predictions. You’ll have their attention and their trust when you arrive at the big ask, whatever that turns out to be (an offer, perhaps, to buy a $2,000 stake in an exclusive, secretive hedge fund that uses your proven system to yield sensational returns). 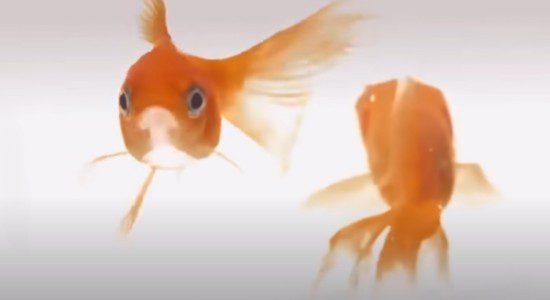 All that work over all those weeks is based on the idea that people won’t trust you unless you give them some reason to do so — or, I suppose in this case, unless you give them the illusion of some reason to do so. But here again I think of the spectacular wealth of the “prosperity gospel” preachers and the huckster-“prophets” of Charisma-magazine Christianity. They’ve made all that money without ever being right about much of anything.

The self-proclaimed “prophets” of Charisma-world have established long track records of being wrong over and over again. But, like the unbroken string of failed “prophecies” from Q, none of that failure has seemed to erode the absolute confidence of their audience.

The hustlers hustling to pull off the “Baltimore stockbroker” are putting in all that work in the hopes of fooling “all of the people some of the time,” but is that really necessary when their Charisma counterparts have shown that you can just sit back, coast, and rake in the big bucks by fooling “some of the people all of the time”?

Why bother with all the effort of elaborate schemes designed to earn the trust of otherwise skeptical marks when you can make just as much money, or more, by fleecing the eagerly willing marks who are lining up to help buy Kenneth Copeland yet another private jet?

It turns out you don’t need the elegant illusions of something like the Baltimore stockbroker to establish trust. You can create that trust while being repeatedly, demonstrably wrong about everything. All you need to do is affirm and nurture a sense of free-floating grievance, then pass the offering plate. The only work you’ll need to worry about will be counting the money.

The most effective lie any con artist can tell is also the simplest: “Yes.” Encounter anyone in their “natural default setting” — what David Foster Wallace described as “the automatic way that I experience the boring, frustrating, crowded parts of adult life when I’m operating on the automatic, unconscious belief that I am the center of the world, and that my immediate needs and feelings are what should determine the world’s priorities” — and then simply tell them “Yes, you’re right.” They’ll take it from there, and the only lies you’ll ever have to tell them are the lies they were already telling themselves.

• That Wikipedia list of confidence scams also includes this valiant attempt to describe “Change raising” or the “quick change”:

For example, a con artist targeting a cashier apologetically uses a ten-dollar bill to pay for an item costing less than a dollar, claiming not to have any smaller bills; the change of over nine dollars will include either nine singles or a five and four singles. The con artist then claims to have found that he had a dollar bill, after all, and offers to change it and the nine dollars for the original ten. If the con artist can manipulate the clerk into handing over the ten-dollar bill first, the con artist can then give it back to the clerk in place of one of the singles the con artist was expected to give the clerk. The con artist then pretends to notice he has “mistakenly” given the clerk nineteen dollars instead of ten; producing another single, the con artist suggests he add this to the nineteen and let the clerk give him back an even twenty. The scam relies on the cashier placing small bills in the register where they will be mixed with existing bills, and the cashier’s failure to notice that the nineteen dollars given by the con artist included ten dollars that belonged to the store in the first place (the money that should’ve been given back for the $10 that was handed over early). Thus the con artist has stolen ten dollars, minus the cost of the cheap item that was purchased (effectively stealing over nine dollars). The con artist starts with twelve dollars (the original ten-dollar bill and two singles), then leaves with a twenty and also keeps one of the singles (the one that was “mistakenly” switched with the $10). (The cashier should have noticed that the con artist overpaid by $9, not $19, and thus when the con artist produces the second $1 bill, the cashier should hand back $10, not $20.) To avoid this con, clerks should keep each transaction separate and never permit the customer to take change before handing over the original payment.

The reader may not understand exactly what happens to the cashier here, but after trying to read this, they’ll understand how that cashier feels. That’s not to fault the writer — the whole point of this scam is to bedazzle and befuddle with a cascade of confusing steps.

This would be a great assignment for anyone learning to write training manuals or how-to books. If you learn to write a clear, concise, step-by-step instruction guide to the quick change, you can probably write the same thing for any process.

• The following video (via Mark Evanier) isn’t about confidence scams. It’s about what happens when a group of merry pranksters finds the kind of loophole that grifters might exploit for personal gain and, instead, chooses to have fun with it.

November 3, 2021
Carlos, Starbuck, and the oldest con in the book
Next Post