“Justin Lee is one of nearly 140 Utah children under age 15 who have been hospitalized with COVID-19 in the past two weeks as the number of serious infections explodes, especially among infants and kids younger than 5.”

“Fauci did the exact same thing with AIDS. He overhyped it.”

“The work had barely commenced, however, before the people of Marblehead began to manifest great uneasiness, through fear that by means of the hospital the dread disease might take the form of a pestilence among them.”

“The broader idea here is that your health is something that’s fundamentally under your control, so you should be responsible for the consequences of getting sick, since if you got sick it’s your fault.”

“More than 30 states explicitly allow the forced sterilization of disabled people, and more than a dozen states allow it on disabled children.”

“This is a great day for Fort Worth.”

“A Florida school district canceled a professor’s civil rights history seminar for teachers, citing in part concerns over ‘critical race theory’ — even though his lecture had nothing to do with the topic.”

“We’re talking about voting rights in a post-January 6 world where there is an all-out assault on our democracy, where we have seen, sadly, a willingness by some to literally burn down the system for short-term political gain.”

“The 15th Amendment, which says you can’t discriminate against people voting based on the color of their skin, meant nothing for 100 years because there was no law to back it up.”

“The fact that Rufo just flat-out admitted that he created the critical race theory panic out of whole cloth as an ooga-booga for both profit and to get ideas he doesn’t like censored, and this hasn’t affected his credibility among the Intellectual Horse Paste Web one iota, tells you everything you need to know.”

“Visitors had the option to stay in the original home of Nathan Bedford Forrest, a Confederate general and the first grand wizard of the Ku Klux Klan, which Bill transported 40 miles and, according to the Fitch Farms website, restored ‘to its former glory.'” 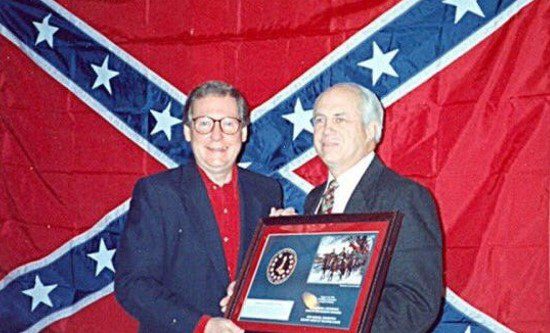 “In Johnson County, Iowa, for example, sheriffs have never used their military-grade ‘mine-resistant’ armored vehicle to support residents during blizzards as it was originally procured for in 2014. Instead, it has been used to do things like disrupting Black Lives Matter protests and serving arrest warrants.”

“Having a seizure is not a crime. She was not a threat to the police or general public, as a judge later ruled. Using a stun gun on someone who has been having seizures isn’t department policy or standard medical procedure.”

“Shane Lee Brown repeatedly told Henderson and Las Vegas police officers and their supervisors that he was not the older, white Shane Brown who was wanted on the felony warrant, the lawsuit says.”

“Prosecutors in the Bronx say more than 500 convictions have been or will be dismissed because they relied on testimony from a former NYPD detective now facing perjury charges in Manhattan.”