“The difference is the evidence of their behavior. There are things that are inexplicable in a legitimate court.”

“The latest blow to the landmark Voting Rights Act of 1965 came this week in Arkansas, where a federal judge appointed by former President Donald Trump dismissed a case over new statehouse maps.”

“Hillsdale says students should be taught that ‘the civil rights movement was almost immediately turned into programs that ran counter to the lofty ideals of the Founders.'”

“Rep. Van Taylor apologized Wednesday for an affair with an ex-jihadist dubbed the ‘ISIS bride’ by British tabloids and abruptly dropped his bid for a third term, conceding the GOP runoff.”

“Andruchuk, a 2018 GOP candidate for House District 14, was allegedly found to be wearing a bulletproof vest and to be carrying four guns and methamphetamine.”

“The Republican is hoping to parlay his many scandals into a revived career as a federal lawmaker on Capitol Hill.”

“Tracey Mann, a right-wing congressman from Kansas, is backing legislation that could directly benefit his own real estate interests.”

“What Republican officials in Texas have learned from the SB 8 saga is that the Supreme Court has no intention of stopping them from violating constitutional rights.”

“A newly released report on the internal culture at Ravi Zacharias International Ministries found that leaders at the ministry were blinded by loyalty to the founder, overlooked Zacharias’ misconduct for years, used ministry funds to sue an abuse survivor and misled the public.”

Lauren Witzke, the Delaware GOP's candidate for Senate in 2020, has nothing but praise for Putin and "his Christian nationalist nation": "I identify more with Putin's Christian values than I do with Joe Biden." pic.twitter.com/oQ2nhlVGCR

“We’re being silenced. It’s a cancel culture that we’re living in.”

“Do you know the only country on the whole planet where Africans were not brought as slaves?”

“During the past decade, private equity-backed firms such as Greystar have stormed into the multifamily apartment market, snapping up rentals by the thousands and becoming major landlords in American cities.”

“A recent report from Gabel Associates, an energy consulting firm, suggests the law will cost Ohioans $2 billion in excess utility bills and $7 billion in health care costs stemming from pollution over nine years.”

“Rupert Murdoch is a mass murderer, and the hopefully soon day when he dies will be one that warrants genuine celebration by all decent people.” 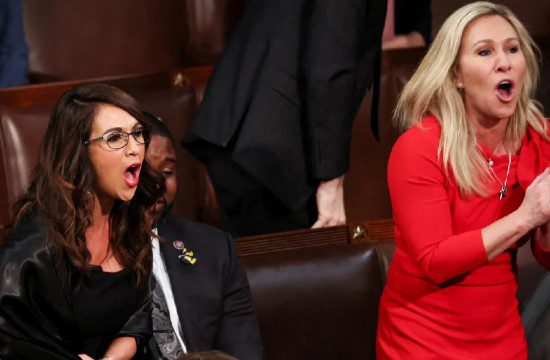 “What value do you place on local news?”

“Unlike the wall, these ladders are functional.”

“I asked him if something was going to be on the test, and he said, ‘You say that it will be,’ and stared at me with no expression. I mean, come on, bro.”

“Who asked for this, exactly?“