“The Wisconsin court is getting knocked for not preemptively divining standards from the Supreme Court’s nebulous ‘Section 2 of the VRA means whatever it takes to keep Black people from voting‘ doctrine.”

“The indictment does not preclude Peters from running to be Colorado’s secretary of state. If she’s convicted and sentenced to prison, however, she may not be able to serve in the role.”

“Former U.S. Rep. Mark Meadows, one of North Carolina’s most prominent political figures, is registered to vote using the address of a rental home. His former landlord says the Republican never lived there.”

“Debra Meadows certified that she had resided at a 14-by-62-foot mountaintop mobile home for at least 30 days — even though she did not live there.”

“State Rep. Danny Bentley, who is somehow a pharmacist, decided to offer some bizarre thoughts about the sexual habits of Jewish women, which he then made worse by presenting an utterly garbled, false ‘history’ of Mifepristone, one of the two medications used in medical abortions — complete with even more antisemitic bullshit.”

“And so it was entirely predictable that the Holston United Methodist Home for Children, which receives funding from the Tennessee Department of Children’s Services, would assume it was entitled to refuse service to a Jewish couple seeking to become foster parents.”

“Christian nationalism inclines Americans to affirm factually incorrect views about religion in American political history, likely through their exposure to certain disseminators of such misinformation, but also through their allegiance to a particular political-cultural narrative they wish to privilege.”

“Sen. Mike Braun (R-IN) said he believes the Supreme Court should have left the issue of interracial marriage up to states.” 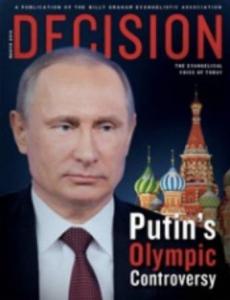 “Well, senator, that is the nature of a right.”

“Rep. Coleman’s innovation, like the Fugitive Slave laws’, is to expand this regime nationwide.”

“For the second year in a row, Mississippi House leadership has once again killed an extension of postpartum Medicaid benefits, likely guaranteeing that many low-income people will lose health insurance benefits only two months after giving birth.”

“A dog in North Carolina is looking for a new home after his previous owners dumped him at an animal shelter because they said they feared he might be gay.”

“Before the vote, school board President Olin Parker said ‘I want to acknowledge that this was rooted in racism‘ and praised the contributions of the various school band students and directors.”

“To all you mangelicals out there, try being an American complementarian without being a bastard as you go about it.”

“Along the right side of the screen the comments section flies by, a mix of Pepe emojis, Groyper salutes, odes to Jesus Christ, declarations that Putin is ‘based,’ and claims that Kent is a traitor whose ‘donors killed my lord.'”

“The train is always closer than you think it is,”

“Climate change is on course to transform life on Earth as we know it, and unless global warming is dramatically slowed, billions of people and other species will reach points where they can no longer adapt to the new normal.”