Working all day doin’ the best I can

• Police Sgt. David Fuller lives in Gadsden, Alabama, with his daughter. This is his personal testimony: “I’m a Cop With a Trans Daughter. Lawmakers Want Me to Arrest the Doctors Who Saved Her Life.”

And here is a companion piece: “Texas Has Been Investigating the Briggle Family Because of Their Trans Son. Here’s Their Story.”

Politicians and preachers from the White People Party are promoting a host of new laws that will make life harder and more painful for the Fullers and the Briggles. At the same time, those new laws will offer absolutely zero benefit to anyone else.

You would think that this formula — extreme harm to a few, nothing at all to benefit everyone else — would not prove popular. But it turns out that if you tell millions of Americans that you intend to torment a small number of other people — but not them, personally — they’ll think that sounds like a terrific idea.

• The yellow-eyed demon who killed Sam and Dean’s mom on Supernatural was named “Azazel” because that’s the name of a demon in the Bible, right? 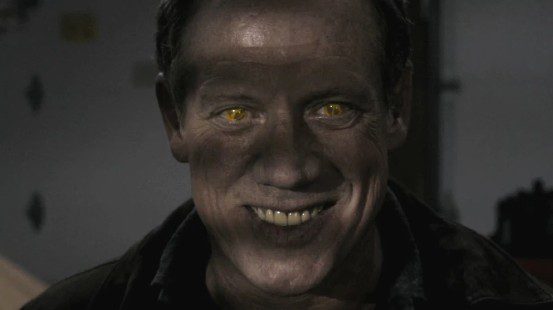 Well, kind of. Maybe. But most likely not.

Anna Angelini explains at Torah.com, “Is Azazel a Goat, Place, Demon, or Deity?” I side with the idea that “Azazel” refers to either the scapegoat itself or to the wilderness to which it is banished. But the idea that it’s the name of a demon or other competing deity also goes way back. This is a popular idea even among Christians who adhere to some form of “penal substitutionary” atonement, and who thus wind up in the awkward position of regarding the demon Azazel as a foreshadowing of Christ.

I find Dr. Angelini’s detective work tracing the ever-evolving attempts to decide or decipher this word’s meaning fascinating. It’s a helpful reminder that the Bible is really, really old, and thus is often inscrutable for those of us trying to read it now, no matter how much we want to insist that it’s “perspicuous.”

• Here’s another post involving this kind of bib-studies detective work, Philip Jenkins on “The Lost Letters of Saint Paul, and How They Were Lost.” The short answer for why we have only a handful of letters from this “compulsive correspondent” is, Jenkins says, that most of the places he corresponded with were destroyed in the mass-slaughter and pogroms that swept the region in the decade after Paul’s death. (The short answer for almost any New Testament studies question is usually “70 CE.”)

Jenkins’ post is a good overview of this history and of how it made it impossible for early Christians outside of Asia Minor to preserve Paul’s writings. None of what he writes is at all controversial for conservative white evangelical biblical scholars, but it scares the bejeezus out of fundies and “inerrantists” due to their speculative dogmas regarding the inspired preservation of the text. They can’t read this history without fearing that God must have intervened to allow Paul’s other writings to be destroyed because those other epistles must have said something errant or fallible that God didn’t want us (21st-century, English-speaking, white-American us) to read.

So you can either read Jenkins for a helpful background to the New Testament canon or you can read his post as a writing prompt for your Dan Brown-style novel about the amateur “biblical archaeologist” who stumbles across Paul’s letters to Caesarea in a dig near the Dekapolis.

• Jesse T. Jackson was one of “an estimated 12,000 evangelical church leaders from multiple denominations [who] attended Together for the Gospel in downtown Louisville” last month. So Jackson decided to ask around to find out what kind of impression this mob of gospel-focused visitors had on the city: “When 12,000 Evangelical Leaders Saturated Louisville, Was a Gospel Impression Left?”

I appreciate the earnest spirit of Jackson’s piece, which reminds me of the good advice that many parents give their kids when they start dating: Pay attention to how your date treats waiters and servers — that’ll tell you a lot about their character. Jackson did that, interviewing staff at area restaurants and coffee shops. “What we found,” he says, “was somewhat disheartening.”

Their witness, it seems, was witnessed, and what those witnesses to their witness witnessed tended to be unlovely.

I hope Jackson’s plea is taken to heart by his fellow “church leaders” and that they don’t dismiss it as a snarky hit-piece. It’s not that. (If he’d set out to write a snarky hit-piece, he’d have interviewed the staff at some of Louisville’s many strip clubs or, perhaps, local users of Grindr.)

• The title for this post comes from Marcus King’s retro gem, “Hard Working Man,” which can either be viewed as a derivative rip-off or as a tribute that contributes to the glorious traditions of American pop music (I choose the latter). In any case, given that the Big Box has been swallowing most of my time and energy, reducing this blog to a collection of re-runs, King’s song seems apropos.

May 8, 2022 May 8 Flashback: Stories
Recent Comments
0 | Leave a Comment
Browse Our Archives
Related posts from slacktivist