Do you want to hear about the deal I’m making?

Include me among those celebrating the revival of interest in Kate Bush thanks to her “Running Up That Hill” playing a big role in season 4 of Stranger Things.

Now that this song is back on the radio and streaming everywhere, I’m hoping it also sparks a revival of interest in Rawlsian arguments for justice. 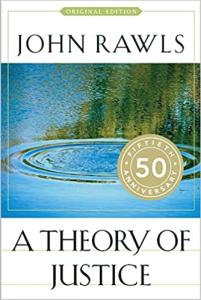 That’s not exactly what the song is about, but it’s close. Bush sings about learning to understand one another by a miraculous “swapping places” — a Freaky Friday Epiphany that would force us to see through someone else’s eyes and to literally walk in their shoes.

So, OK, now imagine this deal with God expands to include not just you and your beloved, but everyone in the world all at once. The whole deck is getting shuffled and you don’t have any way of knowing whose place you’ll wind up in after the Great Swapping occurs.

You’ve got a .0001% chance of getting swapped into the place of a billionaire but also almost a 50/50 chance of getting swapped into grinding poverty, oppression, discrimination, and disenfranchisement. There’s a slight chance that after the wheel spins you wind up slightly better off, but there’s a very big chance that you’ll wind up intolerably worse off, with no money, no access to health care, and no rights that Sam Alito feels bound to respect.

The philosopher John Rawls’ bit was to argue that justice was rational because it makes sense for all of us to want a world in which any such Great Swapping wouldn’t put us in jeopardy of losing our rights, needs, safety, and dignity.

The idea isn’t as compelling as he hoped since, after all, we’re mostly confident that no such Great Swapping is in the works and those who’ve won the lottery of life don’t really have to worry about trading places with the majority trampled on by unjust laws, rules, and systems. Rawls’ “veil of ignorance” was only theoretical, so the empathy and desire for great fairness it would entail might be rational, but they’re still merely optional.

But it’s still worth contemplating as a way of clarifying what “justice” and fairness mean, as a reminder of the duty of gratitude and the accompanying duty of magnanimity, and as one more thing we can throw at those who otherwise refuse to listen to Moses and the Prophets.

INNER CIRCLE: Casting Fire
Saying 10: "Jesus said, "I have cast fire upon the world, and...
view all Progressive Christian blogs
What Are Your Thoughts?leave a comment
Copyright 2008-2021, Patheos. All rights reserved.
Close Ad