From August 26, 2013, “Satanists did not kill pony or turn woman into lesbian”

Here are two stories. Or, actually, here are two versions of the same story.

The first variation on this theme comes from Dartmoor, England, where earlier this summer there was a mini moral panic when citizens were warned that “witches or devil worshippers” were killing ponies and mutilating the corpses in some unspeakably evil ritual. Because you know how those witches and devil worshippers are.

The pony, of course, was just two months old. Because what could be more sweet and innocent than a pony? A baby pony.

But it turns out, unsurprisingly, that Dartmoor’s fears of Satanic pony-killers were unfounded. “Real Cause of ‘Satanic Sacrifice’ Pony Found,” writes Benjamin Radford for LiveScience [link broken]:

Devon and Cornwall police concluded earlier this week that the pony had died of natural causes. The much-discussed “mutilation” was not, in fact, mutilation at all, but instead the normal result of wild animals eating the pony’s organs and scattering its entrails.

“Initial media reports linked the death of the pony to satanic cults and ritualistic killing,” the police said in a statement. “The police have sought the advice of experts and have come to the view that the death of this pony was through natural causes. All the injuries can be attributed to those caused by other wild animals. This incident received significant media reporting, some of which was clearly sensationalist.”

This conclusion is not surprising to anyone who regularly follows stories about supposed “satanic cults and ritualistic killing.” The initial headlines tend to present natural causes in lurid, “sensationalist” ways that create and nurture fear of some diabolical, clandestine threat to the safety of our children, our families, our homes and our precious, precious baby ponies. And then, weeks later, the follow-up story featuring the actual facts of the matter gets buried deep in the paper, if it ever appears at all. 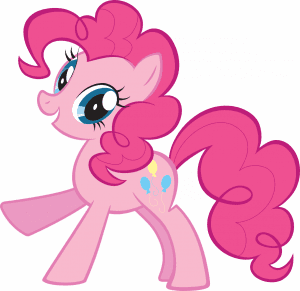 Lots of people see the first round of stories, absorbing the claim that a shadowy conspiracy of “devil worshippers” exists because this is something that everybody just sort of knows to be true. Far fewer people see the later round of stories explaining that whatever just happened was not the work of said conspiracy. Yet even among those who do see the later stories, they tend to be reported in a way that suggests only that this particular incident was not the work of the conspiracy of Satanic baby-killers, rather than in a way that points out that no evidence has ever been found that such Satanic baby-killers exist at all.

This is a single story but it’s part of a long, long pattern of such stories, all of which end the same way. Yet each story is treated in a way that ignores the clear implications of the pattern. The assumption that a dark cabal of Satanic pony-killers is out there, somewhere, ever-threatening to strike, is never challenged. The fact that this particular pony was not their victim won’t be allowed the challenge the fantastical claim that they exist. And it won’t prevent people from making “witches and devil worshippers” the prime suspects in the next iteration of this story, and the next, and the next.

This again relates to the “test” C.S. Lewis’ describes in Mere Christianity. The pony died of natural causes, the police confirmed, not due to “to satanic cults and ritualistic killing.” In learning this, Lewis says we should ask ourselves: “Is one’s first feeling, ‘Thank God,’ … or is it a feeling of disappointment, and even a determination to cling to the first story for the sheer pleasure of thinking your enemies are as bad as possible?”

Some people in Dartmoor will pass this test. They will hear the latest news from the police and be relieved to know that Satanists are not lurking about their community killing baby ponies. That is, after all, good news.

But others will be unable to hear it as good news because they do not want to hear good news. They want to hear bad news. They want to believe that the world is full of monsters. They will reject this announcement from police, determined “to cling to the first story for the sheer pleasure” of imagining themselves as the righteous heroes in a world beset by conspiracies of Satanic pony-killers.

The morbid fantasy isn’t true. But for those who want it to be true, or need it to be true, those initial “sensationalist” reports of a ritually mutilated baby pony will be treasured, intact and unchallenged — treated as “evidence” that the world is the way they wish the world to be, a world filled with monstrous evil Others who can serve as all-purpose scapegoats and as a foil against which they can imagine themselves uniquely righteous and blessed.

(And for some that “disappointment” Lewis describes is more tangible and financial. The news that no conspiracy of Satanic pony-killers is cruelly slaughtering baby ponies will likely hurt sales of those adorable “tiny hoof” earrings.)

So here’s the second story, which comes from Pat Robertson’s “Christian” Broadcasting Network. CBN specializes in featuring that first round of story — the sensationalist variety with the lurid claims in which the worst-imaginable evil is always the prime suspect. Thus the recent 700 Club segment on “ex-gay” author Debra Gauthier:

Gauthier claims that while living “the homosexual lifestyle” she made a “covenant with Satan” during a same-sex wedding ceremony and also dated a “practicing witch,” until she “saw the demon in her” during an intimate moment: “Our ceremony was led by a gay male priest and a women priestess. We lit candles and performed cultic rituals, and I sensed the darkness around us. I had no idea that I had just entered into covenant with Satan and opened my life up to the demonic realm. …”

For the 700 Club and CBN’s target audience, being a lesbian is just as wicked and awful as the death of a poor baby pony. So the blame must be attributed to the same cause: “witches and devil worshippers.”

Everybody knows they’re out there. And it would be so disappointing if that weren’t true.