To try to understand these cheerful gossips, I’d like to turn to an equally strange, if less malicious, group of enthusiasts — the Anti Kitten-Burning Coalition.

Every once in a while, I am sorry to say, some sick bastard sets fire to a kitten. This is something that happens. Like all crimes, it shouldn’t happen, but it does. And like most crimes, it makes the paper. The effects of this appalling cruelty are not far-reaching, but the incidents are reported in the papers because the cruelty is so flagrant and acute that it seems newsworthy. 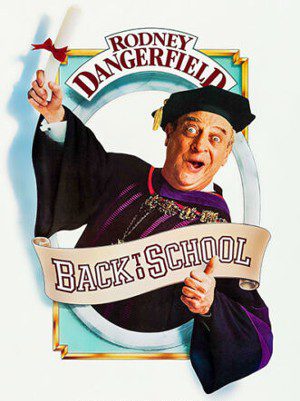 A few years ago there was a particularly horrifying kitten-burning incident involving a barbecue grill and, astonishingly, a video camera. That sordid episode took place far from the place where I work, yet the paper’s editorial board nonetheless felt compelled to editorialize on the subject. They were, happily, against it. Unambiguously so. It’s one of the very few instances I recall when that timidly Broderian bunch took an unambiguous stance without their habitual on-the-other-hand qualifications.

I agreed with that stance, of course. Who doesn’t? But despite agreeing with the side they took, I couldn’t help but be amused by the editorial’s inordinately proud pose of courageous truth-telling. The lowest common denominator of minimal morality was being held up as though it were a prophetic example of speaking truth to power.

That same posturing resurfaced in a big way earlier this year when the kitten-burners struck again, much closer to home. A group of disturbed and disturbing children doused a kitten with lighter fluid and set it on fire just a few miles from the paper’s offices.

The paper covered the story, of course, and our readers ate it up.

People loved that story. It became one of the most-read and most-e-mailed stories on our Web site. Online readers left dozens of comments and we got letters to the editor on the subject for months afterward.

Those letters and comments were uniformly and universally opposed to kitten-burning. Opinion on that question was unanimous and vehement.

But here was the weird part: Most of the commenters and letter-writers didn’t seem to notice that they were expressing a unanimous and noncontroversial sentiment. Their comments and letters were contentious and sort of aggressively defensive. Or maybe defensively aggressive. They were angry, and that anger didn’t seem to be directed only at the kitten-burners, but also at some larger group of others whom they imagined must condone this sort of thing.

If you jumped into the comments thread and started reading at any random point in the middle, you’d get the impression that the comments immediately preceding must have offered a vigorous defense of kitten-burning. No such comments offering any such defense existed, and yet reader after reader seemed to be responding to or anticipating this phantom kitten-burning advocacy group.

One came away from that comment thread with the unsurprising but reassuring sense that the good people reading the paper’s Web site did not approve of burning kittens alive. Kitten-burning, they all insisted, was just plain wrong.

But one also came away from reading that thread with the sense that people seemed to think this ultra-minimal moral stance made them exceptional and exceptionally righteous. Like the earlier editorial writers, they seemed to think they were exhibiting courage by taking a bold position on a matter of great controversy. Whatever comfort might be gleaned from the reaffirmation that most people were right about this non-issue issue was overshadowed by the discomfiting realization that so many people also seemed to want or need most others to be wrong.

The kitten-burners seem to fulfill some urgent need. They give us someone we can clearly and correctly say we’re better than. Their extravagant cruelty makes us feel better about ourselves because we know that we would never do what they have done. They thus function as signposts of depravity, reassuring the rest of us that we’re Not As Bad As them, and thus letting us tell ourselves that this is the same thing as us being good.

Kitten-burners are particularly useful in this role because their atrocious behavior seems wholly alien and without any discernible motive that we might recognize in ourselves. We’re all at least dimly aware of our own potential capacity for the seven deadlies, so crimes motivated by lust, greed, gluttony, etc. — even when those crimes are particularly extreme — still contain the seed of something recognizable. People like Ken Lay or Hugh Hefner don’t work as signposts of depravity because we’re capable, on some level, of envying them for their greed and their hedonism. But we’re not the least bit jealous of the kitten-burners. Their cruelty seems both arbitrary and unrewarding, allowing us to condemn it without reservation.

Again, I whole-heartedly agree that kitten-burning is really, really bad. But the leap from “that’s bad” to “I’m not that bad” is dangerous and corrosive. I like to call this Thornton Melon morality. Melon was the character played by Rodney Dangerfield in the movie Back to School, the wealthy owner of a chain of “Tall & Fat” clothing stores whose motto was “If you want to look thin, you hang out with fat people.” That approach — finding people we can compare-down to — might make us feel a little better about ourselves, but it doesn’t change who or what we really are. The Thornton Melon approach might make us look thin, but it won’t help us become so. Melon morality is never anything more than an optical illusion.

This comparing-down is ultimately corrosive because it bases our sense of morality in pride rather than in love — in the cardinal vice instead of the cardinal virtue. And to fuel that pride, we end up looking for ever-more extreme and exotically awful people to compare ourselves favorably against, people whose freakish cruelty makes our own mediocrity show more goodly and attract more eyes than that which hath no foil to set it off.

Melon morality is why if the kitten-burners didn’t already exist, we would have to invent them.