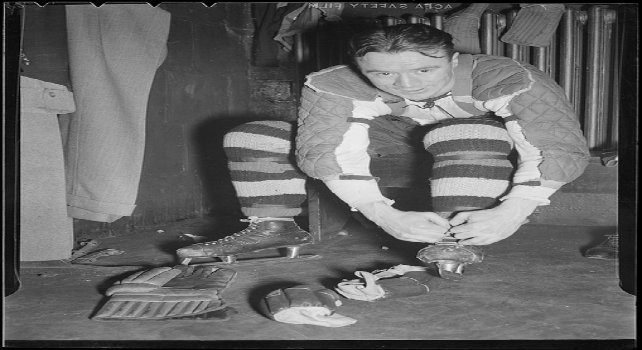 Once upon a time, there was a theist…

Wait, let’s start at the beginning. The alarm goes off at 5am on Sunday morning. Yes, 5am. Sunday morning. Hit the snooze. Maybe just one more time. I can’t believe I still do this.

What is it about hockey? I can’t explain it. It’s an addiction. Once it’s in your blood, you crave it. Whether the ice time is at midnight or 6am, you find a way to get yourself up to play.

The routine is the same. Get up. Get some coffee down, maybe something small to eat. Don’t forget a towel. Get in the car, yawn, turn on the music.

It’s still dark out as I pull into the parking lot. Grab the gear, get inside, say a quick hello to the boys, and start strapping on the pads. Step on the ice, take a few laps, and stretch. Tired and tight, the residue of sweat still seeping off the gear from last week’s exhibition – why are we doing this?

The puck drops, and men become boys. Tap the gloves after a nice goal, a scream from the bench after an amazing save, talk a little trash – all in good fun.

There’s something about hockey players. In a room of total strangers, we tend to find each other very quickly. And the game, there’s nothing like it. What else could lure in twenty grown men at 6am on a Sunday?

I can’t remember if we won that day, but I know I buried a few and had some nice moves. At thirty-two, I’m still one of the younger players out there, so I have to take advantage of some of the old timers and use my speed while I still can. The game came to an end and we retired to the friendly confines of the locker room.

I forget how, but the subject of God came up.

Back to the beginning – the theist. This brave soul made a smirk comment on the meaningless of life without God, provoking a salient discussion.

The theist was greatly outnumbered.

The counter-attack was fierce. “If it all happened again, science would be rediscovered but religion would be wiped out… Religion is completely subjective…. We’ve been worshipping gods since the beginning of time…”

My skeptical teammates we’re prepped and ready for battle.

The barrage continued with arguments from anthropology, evolutionary biology, contemporary cosmology, and philosophy (problem of evil and suffering and many more). Though I was quite familiar with both sides of these arguments, I put myself on the sidelines and did not utter a single word.

The theist, absent in scientific and philosophical armor, fell from the high ground. Bruised and battered, the teacher became the student. Soundly defeated, his last move was a plea for mercy in the form of a question:

What do we have to look forward to if it’s all over when we die?

The skeptics jumped right in and offered: “what could be better than playing hockey on a Sunday morning?”

But I can actually think of a multitude of things I would rather be doing than playing hockey at the crack of dawn on Sunday and debating theology with these fine gentlemen.

One lad, we’ll call him “Swagger”, perked up and shared that he rarely goes to church, but that his wife does every Sunday. She’s been praying that he’ll see the light and discussed the dilemma with her pastor. One Sunday, when he finally made it to church with his wife, the pastor had a few words in private with this chap. The conversation went a little something like this:

Pastor: “I haven’t seen you around much.” (wink, wink, nudge, nudge)

Swagger: “Yeah, I actually go to the hockey rink on Sundays to exercise and my wife goes to church to pray for my soul – I figure between the both of us, I have my bases covered.”

Pastor: “It doesn’t work that way.”

Swagger: “Who told you?”

A few of us chuckled and the conversation faded, as it tends to. I had witnessed a massacre; the theist soundly defeated. I replayed the morning over again and the objections posed by my skeptical teammates. What could be better than playing hockey on a Sunday? What about the problem of evil and suffering? Has science ruled out God’s existence?

I had comment, but reluctantly withheld, to learn more about my brothers in arms. I realized the restraint that kept me from engaging was two-fold:

1)    The discussion was initiated in arrogance and ignorance (and the by the theist, no less)

With the tone of the conversation set, matched with my limited relationship with these lads, mine was not to engage. Mine was to be a light, to shine my faith through hope and love, friendship and humility. Then, when asked about the hope that is within me, respond with a confident humility.

But in your hearts revere Christ as Lord. Always be prepared to give an answer to everyone who asks you to give the reason for the hope that you have. But do this with gentleness and respect (1 Peter 3:15)

I often wonder we forget this fact. I also wonder why there has to be a spirit of hatred or arrogance on either side of the debate. Try trashing a relationship but having a productive argument and let me know how that goes.

I have to applaud my skeptical comrades for keeping the discussion respectful and friendly – a spirit sorely lacking from most of these discussions.

And so the theist made his way out of the locker room and gave a friendly farewell to his skeptical teammates. Keep your head up bud. You are not alone. Belief is hard sometimes. Next time, come to the dance prepared and ask to dance nicely.

And remember, no one has all the answers. Let us never forget that there is a leap of faith in truly believing in anything. For the awe, beauty, and wonder of our universe; on life, love, and meaning – it all amounts to a question.

Will we consider the miraculous?

Why do we see the picture that we do?

And so the journey continues, as do the countless lessons learned from the hockey locker room. So this story ends and begins another, of people coming together, to make sense of this thing we call life.

Gents, I’ll see you next week.

December 19, 2019
Podcast Episode 3: William Jaworski on Hylomorphism and the Big Questions
Next Post 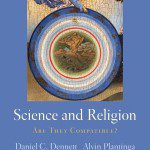 April 1, 2014 Book Review: Science and Religion (Dennett vs. Plantinga)
Recent Comments
0 | Leave a Comment
"Of course, it is quite appropriate for faithful Christians to wish and hope that all ..."
Stefan Stackhouse Kierkegaard on Universal Salvation
"After a year I still find this interesting. Some scientist is religious found there are ..."
Herrnhut Tegmark and the Mathematical Universe
"great man."
Brandon Roberts MLK Jr on a Christian Humanism
"“Strictly speaking, there is no such thing as science ‘without any presuppositions’; ...a philosophy, a ..."
soter phile On Methodological and Metaphysical Naturalism
Browse Our Archives
Follow Us!