Peterson and Harris on the Logos

Jordan Peterson is deep. I came across a fascinating dialogue between him and Sam Harris on Harris’ podcast. It was a very interesting and respectful exchange of ideas. Harris’ background is in neuroscience and he’s a very prominent New Atheist author. Peterson is a particularly progressive Christian, and has an interesting perspective as a clinical psychologist and professor of psychology – he’s specifically interested in underlying archetypes of behavior and belief.

Both Harris and Peterson are realists and feel there are mind independent truths, both are opposed to postmodernism and any related philosophies that reject truth as an objective reality. Harris, in his book Moral Landscape, argued science (and science alone) provides objective moral truth. In his book, and in this exchange, he argues religion offers nothing (except harm) to questions of moral truth. Peterson, though scientifically inclined, finds theological truth as the most fundamental.

A clash of perspectives on the spirit of truth, or the Logos. For Harris, it’s merely the scientific enterprise and ends in naturalism. For Peterson, science is certainly part of the picture but ultimately incomplete, there is a deeper ontological reality.

“There’s an idea that is paramount in Christianity… At the beginning of time, God spoke order out of chaos – that chaos was like a potential – and that it was the act of speaking truthfully that brought forth the proper kind of order, and that was paradisal order that Adam and Eve inhabited. So there’s this deep idea lurking in there that was drawn from many sources that the spoken truth is what transforms chaotic potential into habitable order… By the time Christianity emerged there was an insistence that Christ was the Word that God used at the beginning of time to extract habitable order from chaos… By speaking the truth, you face the chaos of potential and bring forth the most benevolent possible type of order… And I think that’s the central idea of the West.  Now, you can find that idea echoed in other areas like in Buddhism for example, and in other religions for that matter, but I believe that it reached it highest imagistic development, at least as far as I can tell, in the West. And that’s also why we have societies that are predicted on the sacredness, so to speak, of the spoken truth.”

A fascinating exchange of two brilliant thinkers who both cogently articulate their respective metaphysical positions. Peterson’s approach is certainly different than theistic analytic philosophers, but destination is the same in Christ as the Logos.

November 28, 2017
MLK Jr on Love and Illumination
Next Post 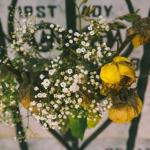 December 8, 2017 A Picture of the Problem of Evil
Recent Comments
0 | Leave a Comment
Browse Our Archives
Follow Us!