From Evangelical to Progressive

I am happy to announce my recent relocation from the Evangelical channel to the Progressive Christian channel. A warm thank you to Ben Corey and the rest of the progressive Christian bloggers for having me. With a name like Soapbox Redemption: Nicene. Philosophical. Swagger, where else could I possibly end up? In all seriousness, I suppose a long essay on “why the switch?” should be in order, but it’s actually not very dramatic. In hindsight, I was always “progressive” if I captured the label correctly.

To be honest, I hate labels. I guess they’re unavoidable, given the need for association, specifically on a site that is “hosting the conversation on faith.” And given this need for a label, it became clear to me that I should have been labeled “progressive” from go. When I joined Patheos, this nearly happened. In truth, the “Evangelical” label stung a little bit less at that time, for a variety of reasons. Some perspective though, on the switch, and these labels.

Raised a good Catholic, the world was my oyster. Inject some adolescent swagger, some Catholic ridiculousness, and a scientific education, it wouldn’t be long before protesting the Catholic Church (perhaps I’m a Protestant?) and God’s existence in general (perhaps I’m a skeptic?). A healthy critical inquiry birthed the philosopher in me. Wherever I would end up, spoon-fed dogma (religious or irreligious) wouldn’t cut the mustard. Through the ideological maze, Christ was ultimately my redemption.

I’d always been moved by the narrative, the philosophy, and mystical and transcendental experience of the Triune God. But I was distracted by the noise of the commonly surrounded anti-science, anti-philosophical, political attachments. Science would destroy the idol of literalism and Young Earth Creationism. Philosophy would destroy the idol of bad apologetics (Christian and New Atheist). The experience of God, an existential embrace of Christ, and deeply personal commitment to discipleship would destroy the idol of political tribalism. Soapbox Redemption is a place of epistemological inquiry, rigor, yet creativity. And to this spirit and vantage point, “Nicene. Philosophical. Swagger”, there was no question this perspective fits better under the progressive label. Ecumenism, a/theological dialogue (by way of analytic philosophy), and ending human trafficking are my current priorities. The big questions, book reviews on philosophy/theology, philosophically inclined musings, and raising money/awareness to end modern slavery – to these will be common endeavors on this blog.

In all fairness, I’m confident a number of Evangelicals share (or are at least empathetic to) some of these perspectives, in particular a number of my former Evangelical neighbors. After all, bad science, bad philosophy, and bad politics is to reduce an infintiely profound metaphysical, transcendental, and existential narrative to a revolting conceptual idol that has nothing to do with Christ (at least in my view). At the same time, it’s not just my Evangelical neighbors on Patheos that I had to take into consideration, but the overall US Evangelical camp (interestingly, many UK Evangelicals would be labeled as “progressives” by American Evangelicals for many of the reasons I’ve embraced this label). And a swagger-filled science lover, metaphysically and Thomistically-inclined, existentially and Kierkegaardian inspired, politically independent dude is definitely outside the Evangelical box.

For Catholics, this is just too Protestant. For Evangelicals, perhaps this is protesting too much. For progressives, perhaps I won’t be progressive enough (whatever that means). But in association, in picking a label, it came down to a simple decision of where my perspectives and overall aim fit. I’m cautions not to equate the word Evangelical to a science denying, bad philosophizing, theological handcuffing, Republicanizing a priori. Saying all fit that mold is just plain fallacious. But saying most fit one or all of those descriptions is just plain fact.

And so back to the mission – the big questions, a curious yet rigorous epistemology, ecumenical and a/theological dialogue, and ending human trafficking – all in light of an unrelenting Christian narrative (specifically unrelenting to common idols attached to it), to this my aim. To this, “progressive” feels like home. Red rover, red rover, send Soapbox Redemption right over… 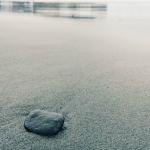 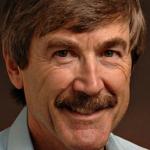 February 18, 2018 Davies On the Unreasonable Effectiveness of Mathematics
Recent Comments
0 | Leave a Comment
Browse Our Archives
Follow Us!