Intelligent Design. Claiming it’s atheological blasphemy is a cute play on words to describe an obvious truth, but moving towards it being theological blasphemy is definitely a proactive thesis requiring further exploration. Does it require atheism to find something uneasy in the assertion that “things are too irreducibly complex to have evolved, thus God did it” – especially when there are evolutionary models in place? Of course not, and to this, the subject of this post.

It’s a nuanced theme, and counter-intuitive to many, specifically in the US. Isn’t ID the only game in town for theists? How exactly would a theist find ID repulsive? It’s quite simple really. Good metaphysics and good science, but most importantly good theology. If God exists, the Necessary Being that is Goodness, Being, and Truth, a theology that points to bad philosophy and science is, by definition, blasphemous.

Let’s start with science. If we have empirical proof that the Earth is billions of years old, either physics or Young Earth Creationism is to be jettisoned. Certainly, the scientifically minded Young Earth Creationist, asserting a literal Genesis interpretation requires it, could construct some very elegant models to have their cake and eat it too, but the rest of us would call both the cake and eat-it-too into question.

Now, many theists willingly jettison Young Earth Creationism, asserting Genesis is not a literal scientific manuscript (quite correctly in my view), but they land into the Old Earth/Intelligent Design camps (quite incorrectly in my view). Accepting physics is all good, but for some reason biology, specifically evolution and common ancestry, is too much to bear. As I’ve written in a previous post, most Jews (77%), Catholics (58%), Orthodox Christians (54%) and “Mainline Protestants” (51%) accept evolution, though it’s a minority position for Evangelicals (24%). The trend for Evangelicals is shared among both among the flock and their pastors (unsurprisingly), evolution being the minority view. Scaling these percentages to the US at large, it’s also unsurprising that 42% of Americans believe humans were created in their present form less than 10,000 years ago.

The fact that evolution is widely accepted outside our great nation speaks highly to a US cultural residue of the divide between “the faithful” and the “godless evolutionists”. From the Scopes Trial in 1925 to the 2005 Federal ruling on Kitzmiller v. Dover Area School District (to forbid the teaching of Intelligent Design as an alternative to evolution in public schools), forcing those theistically motivated to choose “religion or evolution” is just a breeding ground for tribalism.

Theists that reject the “religion or evolution” dilemma and that find Intelligent Design as theological/philosophical/scientific blasphemy fall into the “theistic evolution” camp. Scientifically, they accept the widely recognized paradigm that biology reveals (just as Old Earth Creationists are willing to accept the every other scientific paradigm except biology). Theologically, along with many of the Church Fathers, they reject reading Genesis as a literal scientific manuscript, as the style and language used is clearly not supportive of a Young Earth. Forcing a Young Earth interpretation is not only myopic theologically, but flat out contrary scientifically. To play mental gymnastics with cosmology, physics, geology, and biology, such that a Young Earth interpretation is viable, is to fly in the face of the scientific paradigm. Truth seekers allow truth to speak for itself; theologically, scientifically, and philosophically.

For many like myself, inspired by the Aristotelian/Thomistic tradition of natural theology, there is unifying philosophical/metaphysical concept: the idea of teleology. Teleology is the view that there are inherent ends or goals in nature. First developed by Aristotle, in his criticism of Plato’s metaphysics, it actually goes back to the question of existence and truth itself. If everything in the physical realm is constantly changing, how could we ascertain things like moral and mathematical truths? For Plato, reality is dualistic, there is the material physical realm and seprate immaterial realm of Forms. For Aristotle, this is too far out, and misses the point. We need not be materialists that only accept matter and motion, but to place ontological truth (like morality, consciousness, mathematics) in a separate immaterial realm is to render all sorts of interaction questions. For Aristotle, there isn’t physical matter and separate immaterial Forms in the heavenly realm, rather all of nature is hylomorphic, a composite of matter and form. Goodness and mathematical ontology exists in nature, which we abstract. Consciousness, for example, is not an immaterial soul mystically interacting with a material body, but humans are simply the rational animal, an irreducible composite of form (ontological structure) and matter (physical body). From this extends the view that things have not only material and efficient causes, but formal and final causes.

God, the Final Cause of Existence, and Necessity of which all contingent things depend, is not a “watchmaker” designer or powerful being, rather Being itself, the creating and sustaining Source of all existence. God, breathing telos into existence, need not constantly fix the cosmos (specifically where we have scientific gaps in understanding – “gee, that one is complex, God must have intervened there”). The idea of teleology, expressed in Aquinas’ fifth way, is completely lost in the dualistic/mechanistic view of the universe where formal and final causes are removed from the picture. From Plato to Descartes to Paley, matter is just a complex machine and things like purpose and meaning are devoid in nature, ontologies such as these are only provided in a separate realm (either in God or Plato’s heavenly realm of Forms) or not at all (eliminative materialism).

Many, in the tradition of Paley’s “watchmaker” ID theology, incorrectly group Aquinas and teleology in the same camp. They’re vastly different ideas. Plato’s/Descartes’/Paley’s universe has no teleology, ontology in nature, or formal and final causes. For Aristotle, Aquinas, and hylomorphists, this is gravely mistaken, and creates all sorts of philosophical problems (like consciousness, free-will, morality, etc). To be fair, if we removed teleology and formal and final causes from nature, the only way to account for such a finely tuned reality is ID – God constantly intervening in nature to accomplish certain ends. But why embrace bad science and bad philosophy, and consequently, bad theology?

In an interview with Eric Metaxas, theoretical physicist Ard Louis did a very nice job explaining the difference between the idea of ID and teleology by contrasting the opposing views of Newton and Leibniz. Around the 58 min mark, specifically, he puts forward the idea of God not only as a being tweaking the knobs of creation at various points (ID), but as God as Being Itself, the Sustaining Source of all that exists, and that the idea of a watchmaker tweaker is blasphemous to God’s craftsmanship. He gives the analogy of physics, and puts forward the debate between Newton and Leibniz. Newton (mostly definitely an advocate of ID), with some of his gravitational calculations, worried that the Earth would be, in Louis’ words, “ejected by the solar system”, so God intervenes and “occasionally reforms the planets.” Metaxas humorously (though I think quite correctly) paraphrases: “they get wobbly and He gives them a tap.” Leibniz saw this (I think correctly) as blasphemous, in Louis’ words, “demeaning to God’s craftsmanship.” The parallel to evolution is the same.

In my view, the underlying debate is one of dualism/mechanism vs. hylomorophism/teleology. What may seem similar at the surface is significantly different at the metaphysical level. God as a watchmaker actively intervening in nature vs. God as Being Itself having breathed into existence a telos that arrives at immense beauty and complexity – these are highly contrasting metaphysical views. The impressive unifying power of teleology embraces the accepted scientific paradigm (as opposed to question beggingly throwing out what doesn’t fit with predefined dogmas), shines philosophically in accounting for metaphysical realism and epistemology (consciousness, morality, free will, and mathematics in this world), and hallows theologically (God is not an intelligent designer; but Ipsum Esse Subsistens, Pure Act, and Being Itself, the Necessary and Sustaining Source of all existence). 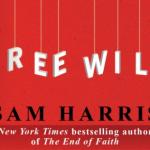 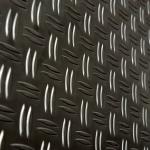