In Matthew’s and Luke’s gospel, we see Jesus being associated with one looting another’s house rather than as a well-armed homeowner protecting what is theirs:

Matthew 12:29: “Or again, how can anyone enter a strong man’s house and carry off his possessions unless he first ties up the strong man? Then he can plunder his house.”

Luke 11:21-22: “When a strong man, fully armed, guards his own house, his possessions are safe. But when someone stronger attacks and overpowers him, he takes away the armor in which the man trusted and divides up his plunder.”

Adolf Deissmann wrote in his groundbreaking volume Light from the Ancient East:

In Deissman’s volume New Light on the New Testament from the Records of the Graeco-Roman Period, he states even more pointedly that Primitive Christianity was not “Christianity” as we know it today, but “a movement of the proletarian lower class.” (p. 7)

Jesus’ listeners would have been more inclined to identify with those scratching out a desperate existence in an exploitative economic system that produced haves and have nots. Few would have listened to him from the societal location of homeowners protecting their possessions from others. This saying uses imagery that the lower and possibly lowest social classes would have been familiar with because of their economic vulnerability.

The gospel writers here claim that even though the people’s oppressors are strong, they can be overcome by “one stronger.” In the context of a Jewish apocalyptic worldview (see Inciting Fear to Halt Change), this saying would have been heard as, “Yes, your earthly and cosmic oppressors are, indeed, strong. Yet the mission and activity of Jesus and our community informed is stronger. Our hope for liberation can overcome our oppressors.”

The documentary A Force More Powerful explores popular 20th Century nonviolent movements. These movements stood up against entrenched regimes and military forces with unconventional weapons like boycotts, strikes, demonstrations, and acts of civil resistance. They helped to subvert the operations of government through direct intervention in the form of sit-ins, nonviolent sabotage, and blockades, and they frustrated the efforts of those in power to suppress people.

In A Primer on Self Affirming, Nonviolence (Part 3), we saw how Jesus taught principles of non-violent resistance. We found in the gospels a Jesus who warned oppressed people not to retaliate with the same type of force used against them. Jesus’ first audience did not have access to militaristic power in any way comparable to Rome. To try to use violence against these oppressors would only invite the Roman annihilation, and the history of 66-70 C.E. bears out that it did.

Nevertheless, Jesus cast a vision for his oppressed listeners of a way in which the “strong man” in their lives, their oppressors, could be “overpowered.” The people were actually stronger than those who dominated them, and Jesus offered three examples of how: a) nonviolent resistance, b) nonviolent direct action, and c) nonviolent noncooperation.

To be clear: dominated and subjected people typically do not have access to the material power of their subjugators. But, as history witnesses, those same people are very much more powerful than their oppressors in another way: when they choose to change the rules of the game. In the spirit of these imaginative means, Jesus sought to inspire nonviolent resistance, disruption, noncooperation, and action in his followers, those who despite appearances also had the power to promote societal change.

In my region of the U.S. (Appalachia) and just a little south of me, white, male, heterosexual Jesus followers today find themselves in a very different social location than the people Jesus spoke to. Rather than being the ones within a society who would have been more prone to be breaking into homes, we, today, are the ones protecting our homes and possessions at any cost. This is the demographic that always, without fail, comes up to me at the end of a presentation on Jesus’ teachings on nonviolence and says, “If someone’s breaking into my home, I’ll shoot ‘em.”

These conversations often remind me of our deep need to differentiate between self-defense on the part of those in a lower or more marginal social location and those who hold certain degrees of power and privilege and using violence to protect and keep that privilege.

Also, statistically, adding another lethal weapon to a violent situation such doesn’t mean you become safer. Studies show that “the notion that a good guy with a gun will stop a bad guy with a gun is a romanticized vision of the nature of violent crime.” Jesus’ words in Matthew that those who live by a sword will die by a sword don’t just apply to individuals. They also apply to societies as well.

In societies with an economic structure that produces “haves” and “have-nots,” Jesus calls those who have more then they need to a plan, not of hoard and protect, but of sharing and choosing to take care of those who aren’t having their needs being met and being faced with desperation due to their lack. I think of the example of the priest in Hugo’s Les Miserables who gave the convict Jean Valjean the additional candlesticks.

In Luke’s gospel, Jesus tells the story of a “rich man” who, rather than share his surplus, chose to build a bigger, more efficient means of hoarding it. After teaching that this man was a “fool,” because his life ended that same night, Jesus goes on to define being “rich toward God” as selling one’s possessions and giving the surplus to those whose daily needs are not being met.

We who live in America today live in a society shaped by independence, individualism, and self-reliance. The Jesus of the synoptic gospels taught that the solution to the challenges of his own day was to be found in the opposite of these norms. In short, Jesus’ solution to these problems was community. Much of what he taught doesn’t even make sense outside of community!

Trying to follow Jesus’ teachings on one’s own, without a community in which to apply those teachings, is like trying to build a house without building materials or trying to follow a recipe in a cookbook without having the necessary ingredients to combine. In the story in Luke that I reference above, Jesus calls the wealthy who trust in their wealth to insulate them from what the future might bring to let go of their “worry” and instead use their resources to create a strong community.

Jesus’ solution is not necessarily for us to have wealth but it’s definitely for us to have each other. And as long as we have each other, we can survive whatever the future may bring, because we are in this together. Jesus finishes up his story with the statement, “For where your treasure is, there your heart will be also.” He isn’t contrasting heaven and earth here. Rather, Jesus is contrasting people investing in community with isolated people individualistically investing in themselves solving the problem of the future for themselves at the expense of others around them. Jesus seems to be clear: either we are all taken care of, or none of us will be. The man in the story who sought to take care of only himself still lost all he had because he couldn’t keep it when he died.

When we add the Luke 12 story to our saying this week, two things come to the surface despite our societal conditioning. First, those who seek to “protect” their own possessions with strength of arms can still be overpowered. From Jesus’ teachings elsewhere, we see that Jesus did not encourage meeting violence with violence or physical force with physical force. Jesus instead taught that the way to overpower one’s enemy was through another form of direct action: what Gandhi, Martin Luther King, and others have referred to as “soul force.” It’s a force more powerful. Second, those who take the path of hoarding and protecting assume a future that looks very different from the reality of what will happen. They imagine themselves leaning back enjoying the benefits of what they have amassed and protected, but instead, they end up losing their lives.

So what is our take-home here?

Jesus challenges those on the underside of society to believe in the power of nonviolent resistance, disturbance, protest, direct-action, and non-cooperation. Certainly, we are to obstruct and stop evil. Jesus offered nonviolent principles and examples on how to do just that.

And Jesus calls on people like those who come up to me defensively after my presentations on nonviolence to place people above property, possessions, and profit.

Depending on your location in our current classist societal structure, this passage might be a promise that offers hope or a warning that your efforts to protect your privilege over others are ultimately futile and possibly even lethal.

September 13, 2019 A Primer on Self Affirming Nonviolence (Part 6)
Browse Our Archives
Related posts from Social Jesus 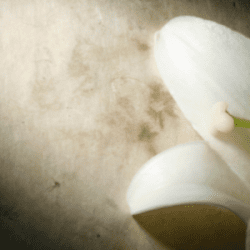 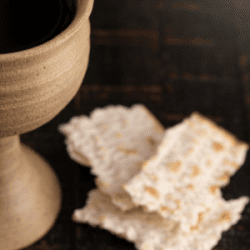 Christians: when in God's name are we going...
Christians: it is time NOW. It is time for us to humble...
view all Progressive Christian blogs
Copyright 2008-2021, Patheos. All rights reserved.