In Matthew’s and Luke’s gospels we read this warning:

For those unfamiliar with the womanist school of thought, Alice Walker writes, “Womanist to feminist is as purple is to lavender” (In Search of Our Mothers’ Gardens: Womanist Prose, pp. xii). Womanism’s origins are among Black women of the African diaspora. And within our context this week, I love the emphasis womanist writers place on Spirit.

Karen Baker-Fletcher, a Christian womanist, explains, “The Spirit is the all-encompassing, inclusive force in which God/Creator, Jesus and all of creation are inextricably entombed.” (My Sister, My Brother, p. 31). She quotes Igbo theologian Okechukwu Ogbannaya: “[Spirit] is like the amniotic fluids—the waters of the womb—that encompasses a child before it is born, and accompany it, flowing out with it as it makes its way into the world as we know it. It surrounds the child and forms the first environment out of which it is born.”

Christian womanists view Jesus as the “human embodiment of Spirit” (ibid.). Spirit is the source of strength and courage to both survive and stand up to individual and systemic oppression. Womanists join love with justice in their discussion of Spirit. Emilie Townes, for example, reminds us that we see the evidence of the Spirit at work when we see justice as the demands of love (see In a Blaze of Glory, p. 143-144). Within a womanist understanding, whenever we see love as the engagement of the world of justice for the oppressed, marginalized, or subjugated, we are seeing the Spirit at work.

So a womanist would read our saying this week assuming that the Spirit expresses love through restorative, liberating, transformative, and distributive justice.

I remember an evangelical fourth of July celebration I had to attend once in California where supporters of the Christian Right repeatedly quoted Paul’s statement, “Now the Lord is the Spirit, and where the Spirit of the Lord is, there is freedom [liberty]” (2 Corinthians 3:17). Too often, however, this “freedom” or “small government” rhetoric has not been freedom for the oppressed, nor liberty for those imprisoned and exploited (Luke 4:18). Rather it has been about individual freedom, or state’s freedom to oppress, segregate, imprison, and exploit.  (For an example read here.)

In other words, for those at the top of an exploitative social pyramid who are privileged, advantaged, and benefited by the status quo, freedom and liberty mean something fundamentally different than it does for those at the bottom.

The Spirit’s work in Luke is especially helpful for us to remember now:

The Spirit works in solidarity with those on the undersides and margins of our societies. It calls those among the elite to abandon their advantage, join the rank and file, and work for a society marked by equity, fairness, compassion, and safety for all.

This week, I want to encourage you to think of the Spirit in the context of distributive justice, justice that makes an environment where each person not only survives but also thrives. This is one of the most devastating critiques of capitalism for Jesus-followers because capitalism creates wealth disparity between winners and losers.

The U.S., the wealthiest nation in history, is also home to the greatest wealth disparity in history. Today six people possess as much wealth as the bottom 50% of society. Despite being so wealthy, the U.S. is still home to 43 million people who live below the poverty line. As I often say, the game Monopoly is fun for the first two rounds, but the last two rounds are only fun for one person at the table. For everyone else, it’s a slow painful death.

Even within Christianity, many people here in Appalachia think that if the poor can simply be taught how to play the upper class’s game of gaining and keeping individual wealth, this will solve poverty. (An example are churches who promote programs such as Dave Ramsey’s Financial Peace University).

What I want us to stop and consider is whether the game itself has moral ramifications. Is it enough to teach people how to succeed in an exploitative system? In the gospels, we rather see a Jesus who critiques the exploitative system itself and casts before his listeners’ imagination a world that plays by a different set of values and priorities.

But I continue to bump into a certain resistance in Christian churches when I speak of Jesus’ preferential option for the poor. Just recently a gentleman came up to me after one of my presentations, stuck his finger on my chest, and said, “I’ll be damned if I’m going to let someone else take my hard-earned money away from me and give it to lazy poor people.”

I want to try and break down what I see happening here. First, within the U.S. the higher one traverses up the class structure the more tax loopholes one can use to legally avoid paying taxes. The U.S. president admitted in the third presidential debate of 2016, “I haven’t paid taxes in nineteen years. That makes me smart.” (See also America’s richest 400 families now pay a lower tax rate than the middle class)

But what I want us to see this week is that they, too, are being played by the upper class that doesn’t pay any taxes. They get out of paying taxes, unlike us, and they place the majority of the tax burden on others. This predisposes middle-class people, even in Christian congregations, to have knee-jerk negative reactions whenever helping the poor is brought up.

Most of the Christians I have the pleasure of giving presentations to are middle-class Christians. They are not exempt from what I’ve described above. When Christians hear their Jesus speak of selling everything they have and giving it to the poor, they hear it from their social location and they respond, “But then we all will be poor.”

I would like us to consider that Jesus’ message to the upper class was “Sell everything you have and give it to the poor.” To the middle-class Jesus would instead say, “Do not be afraid little flock, it’s the Father’s pleasure to give you the kingdom, too. Seek first Jesus’s new social order,” which the gospels refer to as “the Kingdom.” This is a social order marked by no more classism, mutual-aid among those in the lower class, resource-sharing for those in the middle class, and radical wealth redistribution for those in the upper class. Jesus envisioned class structures being replaced by a shared table with enough for everyone. Every person’s needs are met in the Kingdom, and not in the sense of “just scratching by.” No, no. This is a world where everyone is thriving together!

But here is the catch: How does this relate to our saying this week on “speaking against the Spirit.” The spirit Jesus spoke of is the Spirit of liberation and restoration and transformation. It calls those who are in the middle class to stop their love affair with the upper class. Stop standing in solidarity with the rich. Stop making preferential options for the wealthy. Enter instead into a love affair with the poor. Stand in solidarity with the economically exploited.

Embrace Jesus’ preferential option for the poor! When we do this, “all these things will be added unto you” intrinsically, because, within a community that embraces the values and priorities of Jesus’s social vision, all these things are added to everybody!

“But seek first his kingdom and his justice, and all these things will be given to you as well.” (Matthew 6:33)

And yet the upper class continually has us think, speak, feel, and act against this “Spirit” that anoints one to bring good news to the poor. Some, in an attempt to delegitimize a world that looks like Jesus’s, use as slurs such labels as “leftist,” “socialism,” “communism” because they know that many people find these words emotionally charged. Some of those who use these terms derogatorily don’t even know what they mean! And others do know and use them accurately, but genuinely want an oligarchy where the world is ruled by the elites.

Stop falling for their fear-mongering.

Historically, when the masses have been made solely dependent on corporate elites for survival, this has been massively detrimental to them. And yet, I have family and friends who think this is simply spin. It is calling evil good and good evil.

The Hebrew prophets pointed out the same phenomena within their societies:

“Woe to those who call evil good

who put darkness for light

and light for darkness,

who put bitter for sweet

The term “fake news” was originally used to call out conspiracists whose reporting was without foundation. I have family now who calls news agencies like The Washington Post “fake news.” They are saying things like “I’m simply choosing to believe in the alternative facts.”

Each of these family members also claims to be Christian. And though they might not realize it today, their Jesus stood in solidarity with the oppressed. He taught a gospel that did have a preference, for the poor, the outcast, those forced to live on the edges of society.

Stop standing with those who once were in the driver seat of abuse and want to be restored to that place of power over others once again. Stand in solidarity with and be informed by the voices of those who historically have been abused. Equity will always feel oppressive to those with privilege. Their privilege over others is being removed. Their advantage over others is being removed. But we are making a world that is safe for everyone, including them. They rarely perceive it this way.

Wherever the liberating, holy Spirit is believed to be evil, when social justice is seen as a negative, where it is accused of being dangerous, as it was by Jesus’ enemies among the elite in his own society, our passage above call us to reconsider. 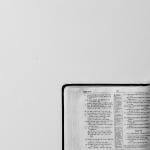 Progressive Christian
Advent and a Different Iteration of Our World...
Social Jesus