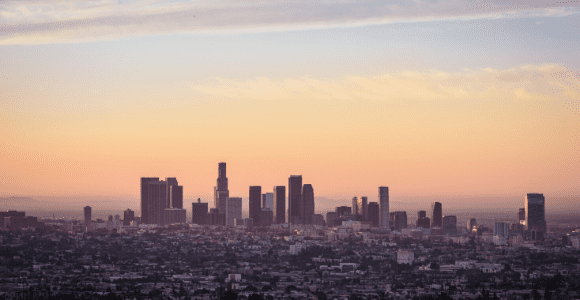 These texts have historically been at the heart of anti-Semitism (hostility to or hatred of Jews) and Christian supersessionism (the teaching that Christians replace Jews as God’s chosen people):

Matthew 23:37-39: “Jerusalem, Jerusalem, you who kill the prophets and stone those sent to you, how often I have longed to gather your children together, as a hen gathers her chicks under her wings, and you were not willing. Look, your house is left to you desolate. For I tell you, you will not see me again until you say, ‘Blessed is he who comes in the name of the Lord.’”

Luke 13:34-35: “Jerusalem, Jerusalem, you who kill the prophets and stone those sent to you, how often I have longed to gather your children together, as a hen gathers her chicks under her wings, and you were not willing. Look, your house is left to you desolate. I tell you, you will not see me again until you say, ‘Blessed is he who comes in the name of the Lord.’”

In these passages though, social location couldn’t matter more! Every Christian who reads these passages should remember first and foremost that Jesus was a Jew. He was never a Christian. A member of a subjugated community could perhaps speak to their community this way. But if you, like me, are outside that group, it would be inappropriate for us to do so.

In this passage, Jesus stood in the long Hebrew prophetic tradition of speaking truth to power. Jerusalem and the temple had become the seat of the aristocracy around which a political and economically exploitative system revolved. So this week’s saying is not about pitting Christianity against Judaism: it’s not a religious discussion. It’s a socio-economic, political statement, and very much part of the world of the Jewish 1st Century community.

Jesus, remember, was a 1st Century, Jewish prophet of the poor. We can ask what his teachings might offer us today in our work of survival, resistance, liberation, restoration, and liberation. But we must first listen to what these sayings might have meant in their original context.

Prophets proclaiming the “desolation” of the Jewish nation had a long history and was often linked to social justice:

Isaiah 3:8: “Jerusalem staggers, Judah is falling; their words and deeds are against the LORD, defying his glorious presence.”

Jeremiah 1:15: “‘I am about to summon all the peoples of the northern kingdoms,’ declares the LORD. ‘Their kings will come and set up their thrones in the entrance of the gates of Jerusalem; they will come against all her surrounding walls and against all the towns of Judah.’”

Jeremiah 4:14: “Jerusalem, wash the evil from your heart and be saved. How long will you harbor wicked thoughts?”

Jeremiah 5:1: “Go up and down the streets of Jerusalem, look around and consider, search through her squares. If you can find but one person who deals honestly and seeks the truth, I will forgive this city.”

Jeremiah 8:5: “Why then have these people turned away? Why does Jerusalem always turn away? They cling to deceit; they refuse to return.”

Ezekiel 4:7, 16: “Turn your face toward the siege of Jerusalem and with bared arm prophesy against her . . . He then said to me: ‘Son of man, I am about to cut off the food supply in Jerusalem. The people will eat rationed food in anxiety and drink rationed water in despair.’”

Ezekiel 12:19: “Say to the people of the land: ‘This is what the Sovereign LORD says about those living in Jerusalem and in the land of Israel: They will eat their food in anxiety and drink their water in despair, for their land will be stripped of everything in it because of the violence of all who live there.’”

Not one of these above passages by Hebrew prophets should be considered anti-Semitic. Often, after the Hebrew prophets strongly opposed injustices taking place in Jerusalem, they would offer Jerusalem words of comfort:

Isaiah 51:17: “Awake, awake! Rise up, Jerusalem, you who have drunk from the hand of the LORD the cup of his wrath, you who have drained to its dregs the goblet that makes people stagger.”

Isaiah 52:1, 9: “Awake, awake, Zion, clothe yourself with strength! Put on your garments of splendor, Jerusalem, the holy city. The uncircumcised and defiled will not enter you again. Shake off your dust; rise up, sit enthroned, Jerusalem. Free yourself from the chains on your neck, Daughter Zion, now a captive… Burst into songs of joy together, you ruins of Jerusalem, for the LORD has comforted his people, he has redeemed Jerusalem.”

Isaiah 64:10: “Your sacred cities have become a wasteland; even Zion is a wasteland, Jerusalem a desolation.”

Isaiah 65:18, 19: “But be glad and rejoice forever in what I will create, for I will create Jerusalem to be a delight and its people a joy. I will rejoice over Jerusalem and take delight in my people; the sound of weeping and of crying will be heard in it no more.”

Isaiah 66:10, 13: “Rejoice with Jerusalem and be glad for her, all you who love her; rejoice greatly with her, all you who mourn over her… As a mother comforts her child, so will I comfort you; and you will be comforted over Jerusalem.”

Isaiah 66:20: “‘And they will bring all your people, from all the nations, to my holy mountain in Jerusalem as an offering to the LORD—on horses, in chariots and wagons, and on mules and camels,’ says the LORD. ‘They will bring them, as the Israelites bring their grain offerings, to the temple of the LORD in ceremonially clean vessels.’”

These passages don’t promote supersessionism. They are part of the Hebrew tradition of Jewish prophets critiquing social injustice, and there is nothing necessarily anti-Jewish or supersessionist in Jesus’ societal critique of his own society either.

Jesus called the subjugated of his day to nonviolent forms of resistance. As we’ve seen in previous weeks, to follow the path of violent resistance under the watchful eye of Rome would invite a backlash that would wipe out everything for everyone. Jesus saw nonviolence as the only option the people had to resist and still live to enjoy the liberation their resistance had accomplished. Jesus did call his oppressed audience (Luke 4:18-19) to do something where they could, and, when they couldn’t, to make those who could deeply uncomfortable until they did (see Matthew 5:39-41).

He also called the Jewish elite to liquidate their assets in radical wealth redistribution, debt cancellation, and resource sharing that would have been economically healing to the poor. (Luke 19; Matthew 19:21) Had the people been dedicated to nonviolent forms of resistance and power- and resource-sharing as Jesus taught, they could have prevented Jerusalem’s poor people’s revolt, the Jewish Roman war of 66-69 C.E., and Jerusalem’s utter destruction by the Romans in 70 C.E.

I believe Jesus saw a coming crisis, and his love for his own society moved him to warn them and work to set them on a different path. This is what I see happening in this week’s saying.

Jesus longs to protect Jerusalem from the Roman Eagle the way a hen covers her chicks to prevent birds of prey from attacking them. The elites are unwilling to listen. If only the aristocracy had led the way in the reparations Jesus was calling for (Luke 19:8 cf. 12:33), the poor might have never have had to make a decision between violent or nonviolent revolt three decades later. Who knows where those different choices might have led Jesus’ society.

Last we see Jesus planning to leave and not return until the people affirm, “Blessed is he who comes in the name of the Lord.” Nothing in this text requires us to interpret Jesus as meaning, “I’m going to heaven and you won’t see me until I return in vengeance.” No. Jesus is actually quoting Psalms 118:25-26:

“YHWH, save us! [Hosanna!] YHWH, grant us success! [Hosanna!] Blessed is he who comes in the name of the LORD.”

Traditionally, Jews recite this passage during the third pilgrimage festival, Sukkot, the Feast of Booths or Feast of Tabernacles. They do not quote it during Passover, the festival underway at this point in the Jesus story. Sukkot is six months after Passover. So Jesus could have simply been planning to leave Jerusalem (desolate) and not return to the city until the pilgrimage festival of Sukkot. He never got to fulfill that promise: instead of returning during Sukkot, Jesus completes his temple protest and is arrested and crucified six days later.

Stoning the prophets is nothing new. Every society, culture, and community has a long history of removing those who choose to speak up, stand in solidarity with those pushed to the edges, and call for change.

I know something of this myself.

Change is scary for some people. But changes that help us to make our communities a safer, just, more compassionate home for everyone should be leaned into, not run from, even if they’re scary.

Every day we each face the choice of whether to work toward a distributively just community/society or not. What can we learn from the passages above? It’s not just a lamentation for 1st Century Jerusalem. It can also address any community where exploitation and inequity force those on the undersides and margins to feel as if a violent revolt is their only hope. It’s a lamentation that applies to all communities when justice-rooted social change is seen as a threat and those with the power to make a change would rather silence the voices calling for it.

It’s a solemn and sad saying that should give each of us pause.

January 10, 2020 Great Joy for All People (Part 3)
Browse Our Archives
get the latest from
Social Jesus
Sign up for our newsletter
POPULAR AT PATHEOS Progressive Christian
1

What is a Christian Response to...
FreedHearts
Related posts from Social Jesus

A Modest Proposal: Should My Time Be For...
My next book project is a memoir about the teaching life. I...
view all Progressive Christian blogs
Copyright 2008-2021, Patheos. All rights reserved.