Advent as Too Political (Part 3 of 3)

You can’t separate Jesus’ and John’s teachings along these hard lines or categories. If you begin with an understanding that God loves everyone, then any harm being done in the present to the objects of that love should be opposed. This is what we see happening in the lives and ministries of both John and Jesus. Speaking out got John beheaded. It got Jesus crucified.

I’m reminded of the words of the late Dr. James H. Cone in this regard:

“What has the gospel to do with the oppressed of the land and their struggle for liberation? Any theologian who fails to place that question at the center of his or her work has ignored the essence of the gospel.” (James H. Cone, God of the Oppressed, p. 9)

Whether speaking out against harm to vulnerable communities is political all depends on which communities you claim are being harmed. If, for example, I were saying that Christian religious freedoms are being limited by recognition of same-sex marriage, or that men are at risk because of the accusations of the Me Too movement, or that White folks were being harmed by the teaching of critical race theory, or, especially at this time of year, that Christmas itself was under attack, then I would probably be applauded. I wouldn’t be accused of being “too political.” I’m guessing I wouldn’t hear that as Christians “we are not of this world.”

The problem, then, isn’t that I’ve taken a side, but which side I’ve have taken. Have I taken the side of those who are losing their positions of privilege and power in a changing society, or have I, reading the Jesus story through the lens of oppressed people, chosen to speak out alongside communities that for too long have been crying out for justice and change? Social location matters. Which communities in which social locations have we chosen to speak out alongside?

This Advent season, may we stand in the spirit of John and Jesus, and carve out time to listen to those calling for justice and change in our day. May we make time to listen to Indigenous communities and immigrants; to trans, lesbian, gay and bisexual people; let’s listen to Black and Brown people; to women and religious minorities in our communities; and let’s listen to those who, economically, daily scratch and scrape to survive on the losing side of our economic games.

If Jesus really did begin as a disciple of John, what was it about John’s preaching that resonated so deeply? Was it concern for what people were unjustly suffering within a system structured to benefit others at their expense? Jesus repeated and enlarged these themes in his own life and teachings.

How can we, as Jesus-followers during Advent season, continue John’s and Jesus’ work in our own settings today? 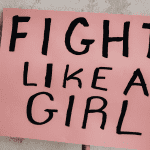