Liberation for the Oppressed (Part 2 of 3) 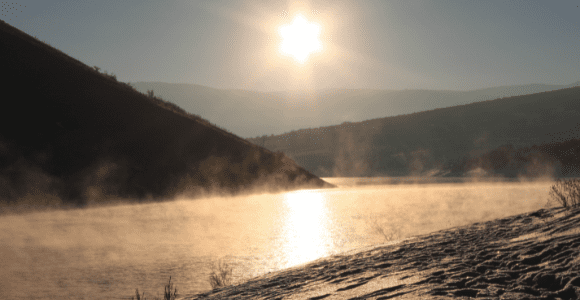 In this week’s narrative, the author of Luke conflates two passages from the Hebrew scriptures: one from Isaiah 61 and the other from Isaiah 58.

The spirit of the Most High GOD is upon me,

because the Most High has anointed me;

he has sent me to bring good news to the oppressed,

to bind up the brokenhearted,

to proclaim liberty to the captives,

and release to the prisoners;

to proclaim the year of the Most High’s favor,

and the day of vengeance of our God;

to comfort all who mourn;

Is not this the fast that I choose:

to loose the bonds of injustice,

to undo the thongs of the yoke,

and to break every yoke?

Of all the passages in the Hebrew scriptures that the author of Luke could have chosen to summarize or characterize Jesus life and mission, these two passages are saturated with the theme of liberation for the oppressed. Notice the differences between the story here in Luke and Mark’s version. What does Luke adding to Mark’s telling?

He [Jesus] left that place and came to his hometown, and his disciples followed him. On the sabbath he began to teach in the synagogue, and many who heard him were astounded. They said, “Where did this man get all this? What is this wisdom that has been given to him? What deeds of power are being done by his hands! Is not this the carpenter, the son of Mary and brother of James and Joses and Judas and Simon, and are not his sisters here with us?” And they took offense at him. Then Jesus said to them, “Prophets are not without honor, except in their hometown, and among their own kin, and in their own house.” And he could do no deed of power there, except that he laid his hands on a few sick people and cured them. And he was amazed at their unbelief. Then he went about among the villages teaching. (Mark 6:1-6, cf Luke 4:20-30)

Luke adds to Mark’s version details of the themes of Jesus’ life and work. The reign of God as defined by this Jewish prophet of the poor would be just that: good news for the poor. It would announce liberation for the captives, the imprisoned, including slaves. It would proclaim sight to prisoners with prison blindness (Prison blindness was what was referred to at the time as being in a Roman cell/hole in the ground that was so dark one could not see what was around them.) It would announce liberation for the oppressed and proclaim the year of the Most High’s favor—language used to announce the year of jubilee when slaves were liberated and all debts were wiped out.

These verses make me reflect on examples contemporary to us. We’ll consider those in our final installment.

January 20, 2022 Liberation for the Oppressed (Part 3 of 3)
Browse Our Archives
Related posts from Social Jesus