When Unity is Destructive (Part 2 of 3) 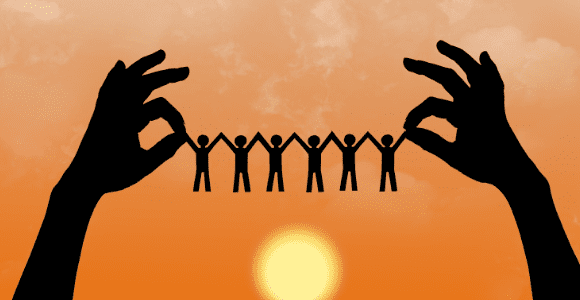 This is important.  Today, I’d much rather have folks that are endeavoring to follow the moral philosophy of Jesus of love in their practices both personally and socially, politically, and economically, even if they have doubts and questions on the bigger faith claims of orthodox Christianity, than someone who could check off all the theological boxes on the list, but who weren’t genuinely endeavoring to follow Jesus ethical teachings in their daily lives.

Back to the prayer though.

This prayer remember was written by a community already one generation removed from the first generation of Jesus followers. These were second generation Jesus followers writing this.  And the need to repeatedly call for unity is already being felt.

And all of this leads me to a question about unity.  When is unity life-giving and when is unity death-dealing. Considering the above, one example could be unity over orthodox while ortho-praxy is ignored. This means a greater emphasis is placed on all of us believing the same thing as opposed to desire that we all be unified in our effort to follow a practice (praxy) rooted in life-giving definitions of love.

The creeds themselves can be an example of this kind of harmful unity. Take the Apostle’s creed for example:

I [We] believe in God, the Father almighty,

creator of heaven and earth.

I [We] believe in Jesus Christ, his only Son,

He was conceived by the power

of the Holy Spirit

and born of the Virgin Mary.

He suffered under Pontius Pilate,

was crucified, died, and was buried.

He descended to the dead.

On the third day he rose again.

He ascended into heaven,

and is seated at the right hand of the

He will come again to judge the living and

I [We] believe in the Holy Spirit,

the communion of saints,

the forgiveness of sins,

the resurrection of the body,

and the life everlasting. Amen.

There is a lot here that I find problematic for Jesus followers today, but one of my biggest concerns is right in this section:

Speaking of Jesus, it states,

“conceived by the power

of the Holy Spirit

and born of the Virgin Mary.

He suffered under Pontius Pilate,

was crucified, died, and was buried.”

We go from Jesus birth directly to his execution.  There are ZERO statements about Jesus life and teachings. Zero. And this is for many what defines whether a person is a legitimate Christian or not.  You don’t have to believe anything (much less endeavor to practice) anything regarding Jesus’ teachings if we take the creeds literally.

I think of other examples of where unity is death-dealing rather than life-giving. I think of how communities that suffer harm and injustice are often called to forgive and reconcile with those who have harmed them while no efforts have been made toward restitution or reparations.

I think of how silence in regards to injustice is called for against those who “speak up for the oppressed” (Psalm 82:3) in the name of not rocking the boat or not causing a stir. Whenever I begin to feel this pressure to remain silent, there’s an exercise I do personally that helps. I’ll share this, in Part 3.

May 26, 2022 When Unity is Destructive (Part 3 of 3)
Browse Our Archives
Related posts from Social Jesus