The Gospel of Interdependence (Part 3 of 3) 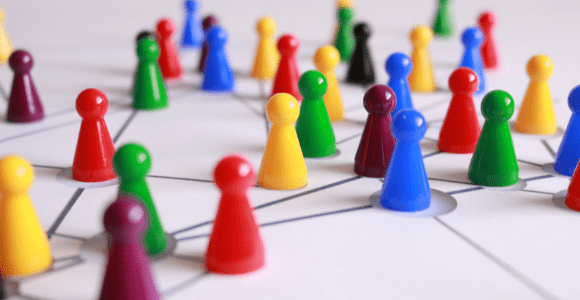 Stephen Patterson shares another insight I’d like to draw your attention to in the context of this week’s reading.

“The empire comes when someone receives food from another. But then something is offered in return: care for the sick. The empire of God here involves an exchange: food for care. This warrants pause. Food for care. In the ancient world, those who lived on the margins of peasant life were never far from death’s door. In the struggle to survive, food was their friend and sickness their enemy. Each day subsistence peasants earn enough to eat for a day. Each day they awaken with the question: Will I earn enough to eat today? This is quickly followed by a second: Will I get sick today? If I get sick, I won’t eat, and if I don’t eat, I’ll get sicker. With each passing day the spiral of starvation and sickness becomes deeper and deeper and finally, deadly. Crossan has argued that this little snippet of ancient tradition is critical to understanding why the followers of Jesus and their empire of God were compelling to the marginalized peasants who were drawn to it. ‘Eat what is set before you and care for the sick.’ Here is the beginning of a program of shared resources of the most basic sort: food and care. It’s an exchange. If some have food, all will eat; if any get sick, someone who eats will be there to care for them. The empire of God was a way to survive—which is to say, salvation.” (The Lost Way: How Two Forgotten Gospels Are Rewriting the Story of Christian Origins, pp. 74-75)

We should remember the social location many of the early Jesus followers lived in. For them, the gospel of interdependence was not only life-giving, but also life-saving. They had been pushed to the undersides and margins of their communities, so the gospel wasn’t about how they could escape post-mortem danger, but about how they might practically survive in this life, despite oppression, as they worked toward a world of liberation, safety, compassion and justice for all.

This makes me pause given the opposite emphasis of the culture we live in in the U.S.

What might the teachings of mutual aid or resource sharing and exchange found in the moral philosophy of Jesus in the gospels be saying to us today?

How are we still connected, still part of one another?

How else do individual freedoms and community wellbeing conflict in political debates today about the kind of society or communities we want to live in?

And how might passages like this week’s inform Jesus followers today as we apply Jesus’ social teachings in our own contexts?

There’s a lot to ponder this week. I love it when something in the Jesus story calls us to reassess the social waters we swim in. And I love how this week’s saying encourages interdependence rather than independence.

What is this week’s passage saying to you?

July 5, 2022 The Subversive and Transgressive Call to Love Our Neighbor (Part 1 of 3)
Browse Our Archives
Related posts from Social Jesus

9/30 Flashback: Jonah blogging
A reminder that I didn't write the book of Jonah, so it's...
view all Progressive Christian blogs
Copyright 2008-2021, Patheos. All rights reserved.
Close Ad