Kids don’t like to accept blame for their own actions, and some children take that to the extreme and blame everyone but themselves for their mistakes. This mother wants to stop playing the blame game with her son, but has had little luck in moving the needle. That’s when the Godfather Principle comes in handy. 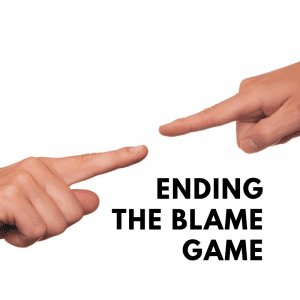 Q: My 5-year-old son regularly blames others for his own mistakes,  and for anything that he doesn’t want to do. For example, this morning when I told him to help me with the dishes he pitched a fit, screaming and blaming me for ruining his playtime. Later, at lunch, he accidentally knocked over his cup and yelled at his daddy for not putting a lid on it. I try to explain how these things (helping clean up and taking care of his things) are his responsibilities. However, it seems like he feels like I’m turning the blame back on him, so he becomes defensive, and the cycle continues. How do I help him understand his responsibilities, take ownership of his mistakes, etc., and put an end to the blaming?

Kids will do anything to avoid accepting responsibility for their actions, won’t they? Come to think of it, so will some adults! While all kids will at one point or another try to shift the blame from themselves to someone else, some kids embrace the “victim” mentality of always being the wronged party. Spilled my milk? Dad, you should have put a lid on it! Help with dishes? Mom, I’m busy here!

While your instinct is spot on—your son should learn to take responsibility for his own actions and not blame others—you’ve fallen into the modern-day trap of thinking explanations are going to move your son from blaming to accepting responsibility. That ain’t gonna happen because what you’re really asking is for him to say, “Gee, mom, when you put it that way, I see why I should accept responsibility for my actions.” Said no child ever in the history of mankind.

It’s not our job to get our kids to understand the why they should behave–that will come as they grow older and, hopefully, wiser. Instead, we need to focus on guiding our children to do the right thing because it’s the right thing to do. We start not by explaining the reasons but by giving them an offer they can’t refuse (what John Rosemond calls The Godfather Principle).

While your instinct is spot on—your son should learn to take responsibility for his own actions and not blame others—you’ve fallen into the modern-day trap of thinking explanations are going to move your son from blaming to accepting responsibility.

Here’s your plan of attack for ending the blame game. Part 1: Stop talking about his responsibilities, etc. If you find yourself explaining, stop yourself in mid-sentence and just walk away. Then, for a couple of days, ignore your son when he starts blaming you or someone else for his mistakes. Let things go while you study your son and see what offer you need to make him.

By offer, I mean, what does he hold near and dear to his little heart. Is it regular playtime with a neighbor kid? A favorite toy? Staying up a little later now that it’s summer? What, if taken away or severely curtailed, would make him extremely uncomfortable? That’s what you need to discover. Once you have that in mind, you move to the second part of the plan.

The key is to not let his tantrum fluster you. Expect that he’ll explode. Expect that he’ll meltdown. When he does, just walk away and let him scream himself silly. You don’t have to listen to him. Then he’s denied X or put to bed early for at least two weeks.

During this time, pile on the opportunities for him to be responsible by upping his chores (add a new one every couple of days, for example), and ignore his outbursts. Repeat as necessary. The more you stay calm and ignore, applying the Godfather Principle as needed, the more your son will realize what he needs to do to accept responsibility. 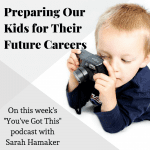 October 21, 2019
Helping Teens Focus on Careers, Not College
Next Post 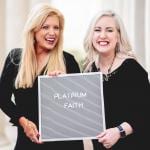 October 28, 2019 Cultivating a Strong Faith in the Midst of a Busy Life
Browse Our Archives
Follow Us!

4 Things You Should Never Ever...
MarriageToday
Related posts from Some Assembly Required

8 Keys to Success in a Remarriage
Let's face it, most couples in second or third marriages face obstacles...
view all Family blogs
Copyright 2008-2017, Patheos. All rights reserved.