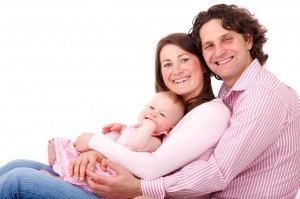 If you’re ready to think deep, and against the grain, try this remarkable essay that frames questions of sex and family in the broadest and deepest context.  Maybe it challenges the modern paradigm (“equality” as sameness — even when this is denied) too squarely to persuade a critical mass of our contemporaries.  But truth is still a good thing, no? Some highlights:

Patriarchy is the social project of insisting men act as fathers in a meaningful and productive way before allowing them to lead in society, using their role as father to teach their own children and to promote moral fatherhood throughout society. At its root, patriarchy begins with the same understanding we have of involved and responsible fatherhood, that such men are a crucial asset to their wives and children, as well as the whole society, and that a man who responsibly provides for his children, including supporting their mother in her physical, social, and emotional needs, is the only type of man whose proven trustworthiness secures respectability. Giving children their father’s instinctive affection can typically only be done with the assistance of the whole community in requiring men to act with responsibility and testifying to a couple’s marital commitment. Failure of social mechanisms and sexual mores set up to reassure men of paternity means that many men withdraw from innate concern for the welfare of women and children. Individuals who contribute to an atmosphere of retribution against men for wanting female fidelity, and thus certain paternity, are depriving children of the benefits of knowing their fathers. …  Patriarchy acknowledges the committed father’s unique authority over the moral instruction of his own children. A woman experiences a biologically driven instinct to go along with the dominant authorities of her social group. Where a mother is at odds with her husband, she has the ability as the child’s mother to use her greater natural influence over her child to undermine her husband’s desire to teach his own children according to his personal knowledge. Rendering authority to her husband appears on the surface to curtail the mother’s immediate interests, but it is an important way to protect her ultimate interests, both in fostering agreement in the prevalent social order and in having the maximum support of an involved father for her children. A system that fails to provide a significant incentive for husbands to stay and remain involved will mean fewer men commit, or remain committed, to responsible fatherhood.

Not shocked enough?  One more, then:

Some have argued that this effort demeans the abilities and intelligence of women, pampering them and encouraging them to be weak. They argue that womanhood in general can be celebrated, without singling out motherhood in particular. But this generalized ‘celebration of women’ effectively discourages motherhood because the sacrifices inherent in motherhood are significant. When women can access greater independence, material gain, and other goals and still be celebrated by dominant social authorities for their contributions ‘as women’, almost all women will restrict their investments in motherhood despite their maternal instincts. Celebration of womanhood in general makes motherhood into an illogical choice for individual women, no matter how urgent it remains to the survival of the community.

February 10, 2015 Anti-Christs Among Us
Recent Comments
0 | Leave a Comment
Browse Our Archives
get the latest from
Latter-day Saint
Sign up for our newsletter
Related posts from The Soul and the City