Anti-Christs Among Us February 10, 2015 rhancock 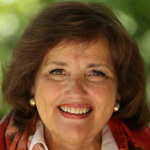 The indomitable Maurine Proctor has said what so many faithful Mormons who support the Church leadership were thinking: the more militant among our dissident “intellectuals” and activists have a lot in common with Korihor and Nehor. Does that seem harsh, “judgmental”?  Maurine herself seems to soften her critique at one point: “Please be clear that I am not calling Kate Kelly a Korihor, nor would I, but it is the arguments that bear exposing.”  I hope indeed that there is much good in Kate that can be separated from her “arguments,” but let’s just say that the arguments don’t paint a pretty picture of, well, where’s she’s coming from spiritually.  Maurine continues:  “It’s hard to miss that what she says here is quite similar to the derision heaped upon Church members in Korihor’s train of thought. Those who are believers and love the Church are described in the most unflattering terms. They are, in fact, stupid and inarticulate (or frenzied and deranged). Courage is defined as only those who share her beliefs and act as she would.”

The Kate Kellys and John Dehlins of the world certainly present a spiritual as well as an intellectual challenge to faithful LDS:  how to respond lovingly, or from love, to arguments, charges, rhetorical styles that indeed seem to come from a script written by full-blown anti-Christs?  I think Maurine has effectively given the only practicable answer to this question:  address the arguments and leave the souls of the arguers in the hands of God.

Still, even or especially if one is moved by love, one has to be concerned about souls that read from such a script.

February 10, 2015 Freedom is Religious, or it's Not Freedom
Recent Comments
0 | Leave a Comment
Browse Our Archives
get the latest from
Latter-day Saint
Sign up for our newsletter
Related posts from The Soul and the City