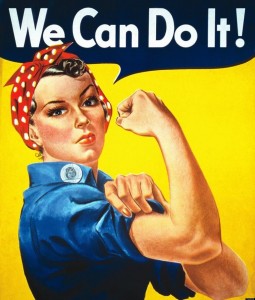 [A continuation in the project of gleaning insights and inspirations from previous LDS General Conferences beginning in April 1971. To see more insights and perspectives from others participating in this endeavor, follow the links at the bottom of the page]

As Victor L. Brown was not an apostle, but (in 1971) “only” a counselor in the Presiding Bishopric, I will defer to the wisdom he can be presumed to share with his colleagues among the General Authorities, but I will not unduly stress the authority of his statements. Still, I believe there are good grounds for defending the essential premise behind certain of his statements that may appear most vulnerable to critiques by today’s “intellectuals.”

The latter part of Bishop Brown’s remarks, “The Meaning of Morality,” emphasizes the virtue of honesty. The speaker finds it encouraging that corporate recruiters like BYU MBA’s, “not because of their academic prowess alone but because of the kind of men they are, men of honesty and integrity.” May it yet be so. There is a moment of satisfaction in the new acceptance of Mormons by the general American public that recalls a particular moment in the Mormon/American drama, and cannot be heard today without a touch at least of irony: Whereas negative feelings about the Church used to be common, a New York financier reassures Bishop Brown, “it is now a point of distinction to be known as a Mormon.” If this is still true on Wall Street, so be it. Obviously there are more and more sectors of society where this is less true than in 1971.

I want to focus on these remarks of Bishop Brown about the man/woman thing:

In the scriptures we read, “So God created man in his own image, in the image of God created he him; male and female created he them.” (Gen. 1:27.) The Lord defined some very basic differences between men and women. He gave the male what we call masculine traits and the female feminine traits. He did not intend either of the sexes to adopt the other’s traits but, rather, that men should look and act like men and that women should look and act like women.

Well, that’s about as naïve and retrograde as it gets, isn’t it? Did the good Bishop not realize that Simone de Beauvoir had already declared the notion of sexual difference a mere artifact of male power? (Or, as we now say: “gender is socially constructed.”) Did he not know that Betty Friedan had already demystified and debunked the “feminine mystique”?

Melinda Fox has just published at the LDS site Square Two an article deploying the venerable Friedan in order to finish off what remains of “The Mormon Mystique.” This Mormon view has definitely “come a long way” in relation to the Bishop Brown’s simple affirmations regarding male/female difference.

Ms. Fox believes that Mormon women today still suffer from the “Problem That Has No Name” that so grievously afflicted the suburban housewives Betty Friedan set out to rescue more than fifty years ago. Because of the “mystification” of “their culturally defined feminine role,” Mormon women cannot see that they are first of all individuals. Friedan can help them become “complete human beings” unfettered by cultural expectations associated with gender roles.

But I must ask: what on earth is a “complete human being”? And particularly: is there any chance that any notion one might devise of such a being would be heavily influenced by one’s time and one’s society – that is, that it would be quite conspicuously “socially constructed.” Well, Ms. Fox thinks Mormons have a solution to this problem, a definitive escape from the circle of cultural and social relativity: we have the idea of a Heavenly Mother.

At this point in the article I was optimistic that Fox might transcend Friedan’s framework of individualist liberation towards some authentically Latter-day Saint appreciation of Eternal Womanhood, in the worthy line of Square Two Editor Valerie Hudson’s eloquent articulation of that idea. Ably criticizing Taylor Petrey’s effort to conceive a homosexual Mormon eternity (you’ve got to give Petrey credit for imagination!), Hudson celebrates the biological ground of female difference and projects the beauty and nobility of a very womanly womanhood onto eternity – in good Mormon fashion, I hasten to add.

We do not need men’s ordinances to be kin to our children: such ordinances are for the sake of men, whose blood is not mingled with that of their children, whose heart did not beat with their child’s within the same body, whose cries did not join with their child’s at birth. We have our own women’s ordinances, or pregnancy, birth, and lactation, which establish our kinship with our children. Mothers who must adopt out their children know they will always be kin to them, no matter where their children are. Their bodies carry those children within them forever. The mother cannot be erased, despite all efforts to do so. The navel mark is etched into the very flesh of each human being as a symbol that kinship to one’s mother is real and permanent and un-erasable and holy.

“We have a vested interest in theories of difference as well as the respective places of men and women in a culture.” It matters that there is a Female God/Mother in Heaven. It matters that there are females/mothers here on Earth. We women are no mere by-passable instruments in the Plan; we are the heart of the Plan.

Amen to that! Disappointingly, though, Fox abandons Hudson’s authentically Mormon framework of eternal difference. She believes she avoids Friedan’s dilemma — “We did not want to be like them [men] and yet what other model did we have?” — by appealing to the eternal standard of a Heavenly Mother. But then, remarkably, she sketches a theology that completely washes out the significance of sexual difference. For her, since “her completeness must equal Heavenly Father’s”… well, it must be the same! (Or at least it must be indistinguishable to us, which amounts in effect to the same thing.) Christ’s attributes of perfection transcend all gender distinctions, and so they are irrelevant to us.

Of course Fox is aware that LDS teaching is rife with authoritative statements that emphasize the woman / man difference. (It is notable, though, that she declines to notice this little tidbit form the very authoritative Family Proclamation: “By divine design, fathers are to preside over their families in love and righteousness and are responsible to provide the necessities of life and protection for their families. Mothers are primarily responsible for the nurture of their children.”)  But she finds a way to reduce all such teaching to mere “culturally-defined gender roles” – again imagining that her update of Friedan is marvelously free of any taint of cultural influence. A flagrant straw-man argument does most of the rhetorical heavy lifting in this essay: since the idea (held it seems by someone somewhere) that a woman’s existence should consist exclusively of being a “housewife” is false, it follows it is false to sustain any ideal of womanhood that (like the ideal of the Family Proclamation) emphasizes home and family. Thus, in Fox’s Friedanesque zeal to liberate young Mormon women from the Mormon Mystique, it does not occur to her that she is increasing the burdens of so many young wives and mothers who long to be liberated from the expectations of the dominant secular-feminist culture in order to seek fulfillment precisely in their feminine roles.

In sum, rather than transcending Friedan towards an eternal version of the Feminine Mystique, or of the mystery of the Eternal Feminine, the true power and beauty of womanhood, grounded in the real and plain bodily powers of women, Fox dissolves the Mormon Mother in Heaven in the same old feminist ideology of sameness.

This baptism of Betty Friedan’s emulation of a decadent male individualism will do nothing to enhance the real status of womanhood, or to liberate real women for the fulfillment of their divine potential.

It is not hard to discern the influence of “culture” on Bishop Brown’s simple and confident assertion of male/female difference. But in fact any culture that celebrates the difference is closer to eternal truth than a feminist ideology that tries to dissolve it.

December 22, 2015 Progress or Decline?
Recent Comments
0 | Leave a Comment
"It's unclear why you're referring to this opinion piece -- to point out how right ..."
CDorsey Vulgar Elitism & Empty Populism
""Cut off from sobering reality, idealism is exciting. It is also destructive, and finally murderous." ..."
Andrew Marchant-Shapiro 200 Years of Karl Marx
"I don't know why we feel the need to keep beating this dead equine, especially ..."
Bravo Sierra 200 Years of Karl Marx
"And yet the United Order seemed like a revelation?"
Morm on 200 Years of Karl Marx
Browse Our Archives
Related posts from The Soul and the City