The Starry Heavens and the Moral Law

The Starry Heavens and the Moral Law February 23, 2016 rhancock 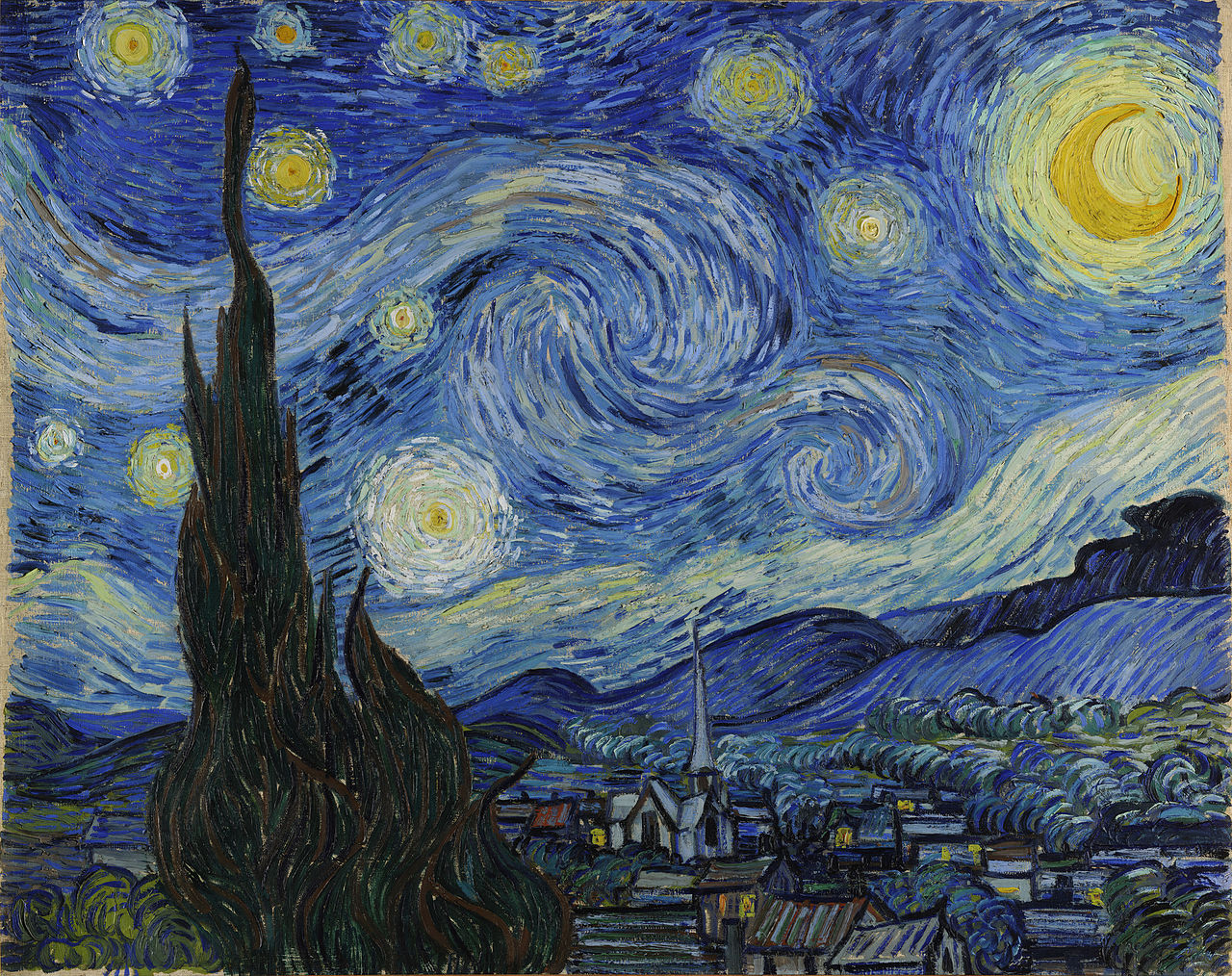 John H. Vandenberg  (“Turn Heavenward Our Eyes”) gives me an irresistible excuse to tell one of my favorite family stories.

Some years ago I accepted an invitation to a fathers and sons outing, where the participants spent an arduous but interesting day mounted on horses on a trip to Bloomington Lake in the mountains of Bear Lake County, Idaho. Late at night, after the campfires had all burned out and everyone had settled down under the open heavens, I lay on my back, gazing overhead. It was a moonless night, and I have never seen such a beautiful sight. The heavens were alive with the brightness of stars and planets. How small I felt in comparison to that vast universe! A sense of appreciation came over me as I thought of God’s glory, of his handiwork, the earth, the heavens, all created for one purpose—his children, mankind. That experience has remained with me. I was overwhelmed by the magnitude of it.

My parallel family story is this: When Jared, our youngest son (he now has two younger sisters), was too young (maybe 10 or 11) to go with his brothers to Scout Camp in the Uintah mountains, I was allowed to drive him up with me for the last night of the camp. There was no room for us in a tent, and the night was clear and not too cold anyway, so we were happy to sleep under the stars. Now, we city folk often need to be reminded just how bright and numerous the stars are when revealed on a clear night in the mountains. Jared and I lay on our backs in our sleeping bags, admiring the brilliant night sky, waiting for sleep to come. We hadn’t spoken in some minutes, so I assumed he was sleeping. But then the sweet little boy next to me softly observed: “This is what the guy who wrote ‘How Great Thou Art’ must have seen.” Of course I cannot now sing or hear this song without thinking of my Jared, and of this moment.

The thought that “the heavens declare the glory of God; the skies proclaim the work of his hands” (Psalm 19:1) is as familiar as any religious sentiment. Like all the deepest thoughts, it may well appear banal, sentimental and superficial. If it fails to move us, then we have lost the sense of wonder that was so keen in the big soul of my little pre-scout. And without this natural but easily stifled sense of wonder, we will be as deaf as Korihor to Alma’s argument:

Some of our famous popularizers of science (think Carl Sagan, Stephen Hawking) strain to evoke wonder at the “BILLions and BILLions” of stars that surround us, and of our own tininess. However, as atheists, the wonder they express is incomplete, even stunted, I would say. For they fail to wonder at the fact that we specks of dust in this infinite universe (or this infinity of universes) are capable of awareness of this wonder – and that our minds and souls lie at the heart of this wonder. This vast universe would reveal no meaning if part of it were not beings like us open to the meaning of things. As I have noted in a forthcoming chapter on Marilynne Robinson’s essays and fiction, Robinson writes (in Absence of Mind) that “there is that haunting compatibility of our means of knowing with the universe of things to be known.” The compatibility between the mind and the universe is “haunting,” I suggest, because it is in a way more mysterious than the unqualified mystery of the enacting of existence through our self-awareness as radically historical beings. For our awareness of that radical mystery in a way leaves us nothing further to think about, whereas the haunting fact that there is a link (Plato’s Socrates says, in Republic 508, a “yoke”) between our capacity to know and the (partly) intelligible order of the universe or cosmos would seem to call us to strive to understand this order and the place of humanity in it as best we can. If the universe is in some way the home of the human mind and thus of humanity, then it is not so easy to dismiss or compartmentalize human and divine exceptionalism such that they have no implications for the nature of the created order. If the creation and the human mind are made for each other, and if mindful humanity is in the image of God, then it is at best problematic to describe the creation as “free-standing and complete” [As Robinson does] without reference to the meaning of divinity.

The great German philosopher Immanuel Kant wrote: “Two things fill the mind with ever-increasing wonder and awe, the more often and the more intensely the mind of thought is drawn to them: the starry heavens above me and the moral law within me.” Having accepted the assumption of modern natural science that our study of “the starry heavens above” must be independent of our awareness of “the moral law within,” Kant spent employed his brilliance over a long philosophic career trying in vain to rediscover the Platonic “yoke” that modern, constructive and “objective” science had riven.

Blaise Pascal, the brilliant mathematician and religious thinker of the 17th century, compared mankind to a mere “reed,” an insignificant stick in “infinite spaces” that terrify the natural mind. (“The eternal silence of these infinite spaces terrifies me.”) But, as Pascal also noted, we are “thinking reeds,” an imponderable miracle that in itself defies any purely materialistic understanding of natural reality. (Some find it helpful to evoke this miracle quantitatively: I am told that each of our brains involves about as many synapses – 100 trillion, whatever that means – as there are stars in our galaxy. But there are other galaxies! An insistent reductionist might insist. Yes, and other brains. Anyway, the counting is only a propaedeutic to qualitative wonder about the “yoke” between all these stars and all these brains.)

Once we open our souls, with the poet E.E.Cummings, to the “wonder that’s keeping the stars apart”[i] – that is, the wonder of the star’s appearance as an entity for our human minds, then we might begin to see the link between the stars and love between beings:

[i carry your heart with me(i carry it in]

i carry your heart with me(i carry it in

my heart)i am never without it(anywhere

i go you go,my dear;and whatever is done

by only me is your doing,my darling)

and it’s you are whatever a moon has always meant

and whatever a sun will always sing is you

here is the deepest secret nobody knows

higher than soul can hope or mind can hide)

and this is the wonder that’s keeping the stars apart

i carry your heart(i carry it in my heart)

Pretty sentimental, I know, but I think it expresses a deep truth about the link between knowledge of being and love of human beings. (I learned about it from a quite exquisite chick flick: In Her Shoes.)

Once we reflect on this wonder that is both philosophic and religious, we are open to a vision of the cosmos as designed by a God whose glory, as Bishop Vandenberg goes on to teach is “to bring to pass the immortality and eternal life of man” (Moses 1:39). And so we are ready to understand that human agency is not an illusion or some accidental fluke in the natural universe but somehow fundamental to the divine ground of all being. Elder Alvin R. Dyer’s talk in this same session addresses “The Nobility of Man in Choosing Good Over Evil”

Choosing good over evil and right over wrong is the crowning achievement of life, and in so doing man becomes the masterpiece of the Creator and fulfills the basic purposes of his mortal probation. An ancient prophet speaks of it in this way: “… he that ruleth his spirit [is greater] than he that taketh a city” (Prov. 16:32.).

Of course, people can refuse Alma’s argument, and there is no way to “prove” to someone who has closed his soul to the wonder of the stars that he is wrong. But no one can prove to me that it is more rational to suppress the boundless miracle of the knowing and choosing soul than to ponder it in gratitude and to accept responsibility for our agency. Stars can help here.

[i] Concerning the moral significance of “keeping the stars apart,” consider this from 2 Nephi 2:

11 For it must needs be, that there is an opposition in all things. If not so, my firstborn in the wilderness, righteousness could not be brought to pass, neither wickedness, neither holiness nor misery, neither good nor bad. Wherefore, all things must needs be a compound in one; wherefore, if it should be one body it must needs remain as dead, having no life neither death, nor corruption nor incorruption, happiness nor misery, neither sense nor insensibility.

12 Wherefore, it must needs have been created for a thing of naught; wherefore there would have been no purpose in the end of its creation. Wherefore, this thing must needs destroy the wisdom of God and his eternal purposes, and also the power, and the mercy, and the justice of God.

Other Posts from this week’s Odyssey Project

March 1, 2016 On Worship, Practical, Contemplative, and Aesthetic-Humanitarian
Recent Comments
0 | Leave a Comment
"It's unclear why you're referring to this opinion piece -- to point out how right ..."
CDorsey Vulgar Elitism & Empty Populism
""Cut off from sobering reality, idealism is exciting. It is also destructive, and finally murderous." ..."
Andrew Marchant-Shapiro 200 Years of Karl Marx
"I don't know why we feel the need to keep beating this dead equine, especially ..."
Bravo Sierra 200 Years of Karl Marx
"And yet the United Order seemed like a revelation?"
Morm on 200 Years of Karl Marx
Browse Our Archives
get the latest from
Latter-day Saint
Sign up for our newsletter
Related posts from The Soul and the City